TechSparks 2017: emerging trends suggest India is on the cusp of a logistics revolution 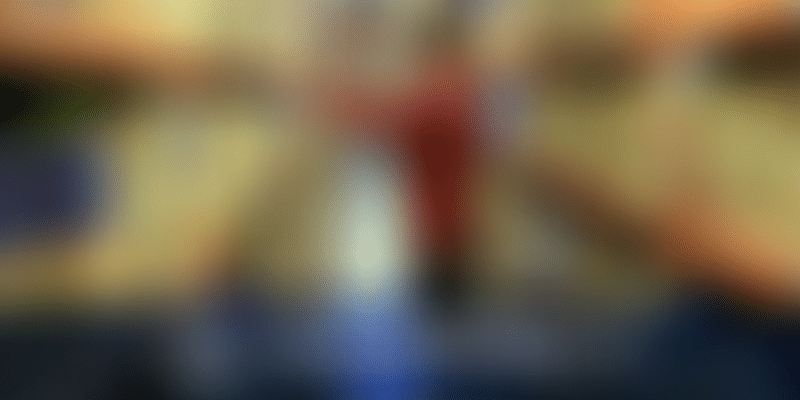 The growth in manufacturing, retail, domestic consumption and e-commerce continues to drive the evolution of the logistics sector. The interplay of technology and infrastructure is paving the way to future progress.

The past decade has seen the many industries in India, be it education, health, retail or logistics, breaking barriers and moving forward with world-class technology.

According to a report by IMAP India, Indian logistics is currently worth $260 billion and has been growing at 14 percent annually over the last five years. Logistics startups that have mushroomed in the last few years have taken the industry from mere transportation services to fully integrated service providers, strongly supported by technology.

The growth of e-commerce has also given rise to newer models in logistics, as it demands payment mechanisms to process cash on delivery, reverse logistics for returns and distribution channels for smaller parcels.

On e-commerce, the IMAP report says, “The complexity of this process increases with thousands of suppliers, multiple warehouses and extensive sales channel across geographies, increasing the risk of misplaced orders.”

All these requirements have built demand for standardisation and real-time access into inventory management. In fact, many logistics companies sprang up to serve e-commerce specifically, including Ecom Express, Flipkart-owned eKart, DelhiVery, etc.

About 70 percent of truck owners in India have less than five trucks, but aggregators like Blackbuck have led to increased transparency and uniformity in the logistics industry.

Startups like Porter, BlowHorn, and Let’s Transport among others have given ample support as third party players. YourStory looks at emerging trends in the sector, and lists down how the next five years are set to see more innovations in the Indian logistics industry.

The Indian logistics sector has become more predictable and reliable with technology intervention at all layers – Macro Policy, Shippers, and Truckers etc. Inefficiency and structural problems are being solved by technology.

Pranav Goel, Co-founder of Porter, says, “Customers want cheaper costs, so we increase the service level as the same costs, thanks to increased visibility on movement of vehicles and supply and demand.” He adds that due to structural efficiency, the number of trips per month can increase from six to 10 for each truck, with faster round trips.

“After unloading sometimes the truck had to wait for two or three days for a return trip. But since platforms like Blackbuck provide greater visibility across regions, they interact with a lot of customers, and get a return trip in six hours,” Pranav says.

BlackBuck’s technology solves the problem of availability of demand/supply and transparent pricing for customers and truckers. The Bengaluru-based startup claims their product does not need many interventions, and wherever it does, the process is streamlined to an extent that it does not require any human decision-making.

“National operational centres for logistics companies are largely call centres. All of it will go away. Tech will better predict the time when a consignment will reach,” he says.

Since July 1, 2017, after the Goods and Services Tax (GST) was implemented, Ekart has seen a 15-20 percent increase in transit time as artificial hurdles like toll centres have been eliminated.

Rohit says the road quality is improving, especially on the north-south, south-west and north-west routes. But he adds that intra-city roads are still hard to cover, taking up to three hours to cover 30 km in metro cities.

Although national highways are only 2 percent of the total road network in India, with lesser check posts, the average speed of trucks on the highways is higher. The Bombay to Delhi trip – earlier five days – now takes only three days for Porter.

Rajesh Yabaji, Co-Founder and CEO at Blackbuck, says: “E-way bills (that allows movement of goods) would further reduce complexities and help make the process seamless and transparent. The government’s vision of e-Way bills is to allow trucks to pass seamlessly through any part of the country.”

Consolidation in warehousing is a new trend that has followed the implementation of GST. Rajesh says with GST the requirement to maintain large number of stock points to optimise for taxes will be done away with.

“All major companies would consolidate their warehousing requirements in key strategic hubs. These would be located depending on the consumption and manufacturing footprint of these companies,” he adds.

Rohit, of Ekart, also believes that logistics parks will emerge outside metro cities in the next 2-3 years, hastening deliveries. “There will be an explosion in demand for space meant for logistics in specific pockets,” he says.

Pranav, of Porter, says there has been more focus on engagement and attrition in driver lifecycle management. Their workforce training focuses on customer behaviour, professionalism and punctuality, do’s and don’ts in technology, regulatory compliances etc. and includes video classes by trainers.

“Driving partners are monitored by our system for income, attendance, feedback, etc. Their engagement and expectations are important to us. There is 15 percent improvement in attrition rate now,” Pranav says.

Ekart offers the “Touch” programme for people on the field/hub where the personnel’s families are also drawn in.

Rohit says, “We recognise and reward employees who have 100 percent attendance. They can achieve it because they have a supportive family. So there is an award for the better half.”

Rohit claims that such efforts build long-term loyalty. He elaborates, “In logistics, attrition has to be controlled because context and terrain knowledge matters a lot.”

Since roads continue to be the more important mode of transportation compared to waterways and railways, this holds significance.

“We prefer the three-driver model and keep the relay as normal as possible so that there will be fewer accidents and drivers will stay on, thereby increasing our reliability. Happy employees mean happy metrics,” Rohit says.

Anybody who works in logistics would agree that it is almost a 24/7 job. Technology has led to smarter distribution of the workload, but the World Bank’s Logistics Performance Index (LPI) still ranks India 35 – much below a vaster China at 27.

Also, the vast network of Indian Railways does not offer sufficient tracks or trains to ship the amount of goods that Indians consume. Since freight traffic is subordinated, a cargo train takes eight days to cover the distance that a passenger train covers in two.

The government is taking efforts to connect the high container traffic routes from North to West and North to East through dedicated freight corridors. Completion of these projects is expected to increase the average travelling speed of freight wagons from the current 25km/hour to 70km/hour, as per the IMAP report.

With more advanced technology and better infrastructure, the logistics market in India – expected to be worth US$ 307 billion by 2020 – can change the way India does business. The many startups in the industry are turning into flag-bearers of the movement.

Keen to know more? TechSparks will shine the spotlight on several more logistics companies that may well shape the future of business. Click here to get your tickets.