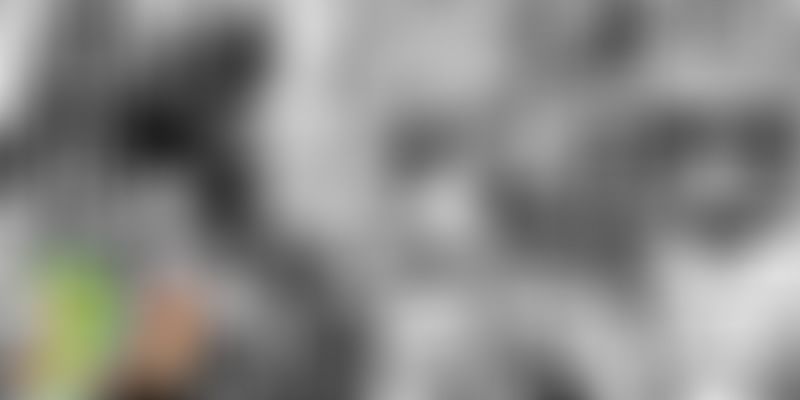 "I just asked him randomly, ‘You know where Kargil is?' The boy said, 'Uncle, definitely not in India.’"

The men in olive green are perhaps revered the most on two symbolic days, August 15 and January 26. Yes, the recent past has witnessed freckles of debate and discussion on the role of the defence forces and the standard of life they lead when in service. Everyone has an opinion about our uniformed men; yet, one cannot comprehend the enormous weight they, as well as their family members, carry on their shoulders.

A challenging day, every day

While many remember the Kargil War as India’s last battle after independence, Lt. Col. Sanjiv Malik (Retd) says that for the Indian Army, each day is equivalent to a new war.

Except for a few peace locations, the army is fighting a war every day. You go along the mission in the morning, and you don’t know whether you will come back alive or not. So, the most difficult question I face when I interact with people is, ‘What do you do in the army?’

There have been innumerable sagas narrated about the lives of the uniformed men, and yet, somewhere, the tales fail to do justice to the fabric that weaves the tricolour together. Their battles refuse to cease even when they are off duty, for continuous transfers and sudden calls for duty take a toll on family life.

Subhashini Vasanth, wife of martyr Col. Vasanth Venugopal, says there is sacrifice at every step in this line of duty. Post Col. Venugopal’s demise, every individual lauded his martyrdom and the family’s sacrifice, but she says,

Even when he was alive, my life was all about sacrifice. I never had a normal married life. When I was a young married bride I could see my friends planning weekend getaways with their husbands. I only had two months with him in the entire year and that too we never knew when he could be called back. People think the army means parties, style, and the silly canteen perks. Many times they have this myth that army life means all khushi.

Further, the constant transfers and changes of posting every three years were about more than just moving to new bases and adjusting to the atmospheres of the new cities — the moves were coloured by the requirement of new bank accounts, new gas connections, and hunts for new schools with yet another set of teachers for their children to get accustomed to.

Col. Malik faced innumerable transfers over the span of 21 years in service.

“Your postings are not only restricted to when the school session ends. You can get posted mid-session and if you get posted in metro cities, you are running around for school admission because no one will give you admission. Even if you tell them you are from the army, they say ‘so what?’” he explains.

Independence and the bloody Partition have been extensively covered by history textbooks highlighted in cinema, music, and various literatures and texts. Yet, the enormity of this price is realised by very few. Freedom has come at the cost of abandoned families and empty spaces at the dining table, with families and children recalling the last conversations they have had. While medals are a way to remember those brave uniformed personnel, they cannot replace the warmth of a hug, the human touch, the noise of laughter with family.

Freedom is never free, at least not for us. We've paid in our blood to give the freedom that the people of this country enjoy. Our country, despite its shortcomings, is OUR country, it is home to us. And to protect it, even if it costs us our lives, is not only our duty but our passion.

Her grandfather, who fought the World War II and later fought for independence, was shot in both his knees and uprooted from his home in (now) Pakistan. Her father, Shaurya Chakra-awardee Col. Salaria, was shot in the neck and laid down his life for this country 15 years ago. Currently, her husband too serves in the army as an infantryman, fighting for freedom at the border every day.

At the tender age of seven, her father taught her a lesson she will always remember.

My dad was posted in the Northeast in a place called Tamulpur, and he had just killed the head of the ULFA militants. He was on the ULFA hit list, and was, I think, preparing us to be ready for the worst. Being a naive child at that time, I asked him why we couldn’t just give Kashmir to Pakistan and get all this over with. He looked at me and laughed, saying if we gave Kashmir to Pakistan, China would ask for Siachen, Pakistan would ask for Rajasthan... it wouldn’t end with Kashmir.

At 99, this freedom fighter from Bengaluru hasn’t stopped fighting for causes

The tricolour on our streets: Independence Day through the eyes of street hawkers

From the ‘Hero of the Jungle’ to the math teacher, here are the unsung heroes of the freedom struggle

The army is above politics

Unlike civilians, the army is governed by not just the Indian Penal Code but also the Army Act and its own internal rules and regulations. Freedom is commonly noted as the right to speak and act without restriction or interference. However, for the Indian Army, this is a rarity.

Col. Malik explains that freedom is attached with discipline and in the army, the jawans refuse to engage in politics or the larger rhetoric of right or wrong. “Technically, you don’t lose any right when you join the army; however, you have restrictions that you wouldn’t face as a normal civilian. And it ought to be because you cannot be politically inclined towards a political party or to any candidate as such. As far as we are concerned, the president of our country is our supreme commander.”

"We serve the nation in the sense that we serve the government, whether it is the BJP or Congress. We are not supposed to be politically inclined towards anything. Though we have a service called the postal ballot service system where we are entitled to vote, most of the time it ends up in the dustbin. So it really doesn’t make a difference," he adds.

The year 2016 alone witnessed heated discussion over whether India should accommodate Pakistani artists and then began a spiral of linking the defence contingent with the politics of the state.

Aakanksha says, “It is very easy to keep going on and on about ‘Aman Ki Aasha’. Getting singers and actors from across the borders won’t bring peace. I'm not saying war will bring peace. They will never love us, but at least they will fear us.”

The youth sometimes fail to understand the gravity of the weight the armed forces carry. When Col. Sanjiv Malik was back in Delhi post the Kargil War and asked a young 25-year-old boy about it, he was left flabbergasted.

I just asked him randomly, ‘You know where Kargil is?' The boy said, 'Uncle, definitely not in India'. I had to explain to him that we had just finished the Kargil War and had so many casualties, so many people dead and wounded. But the thing which hit me is that when I told him about casualty and death, he told me that faujis are paid to die.

Loyalty or patriotism does not mean enveloping oneself in the tricolour. You cannot even inject patriotism by listening to patriotic songs, be it AR Rehman’s ‘Vande Marataram’ or Lata Mangeshkar’s ‘Ae Mere Watan Ke Logon. “Rather, I think every day you have to do your little bit towards the idea of respecting the Indian Army or that idea of a country,” Subhasini adds.