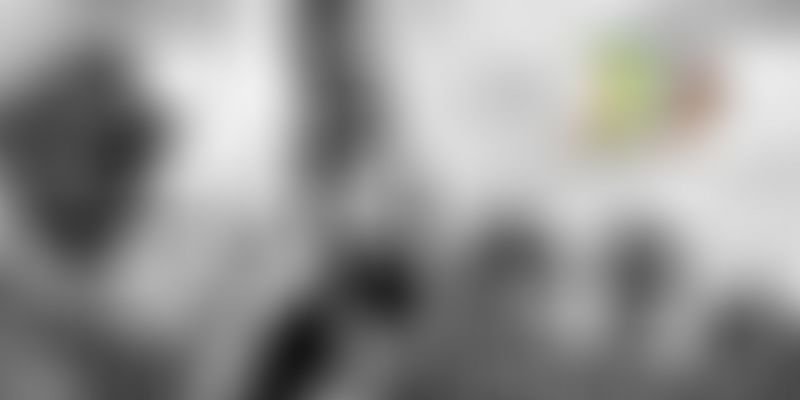 Indian nationalists were driven into exile, Indian soldiers were sent to war to fight for the British. But an army grew out of these men; they didn’t abandon a brotherhood back home.

In the 1940s, the Indian soil bore many operations and campaigns to free itself from a loosening British hold. But miles away from home were expatriates and exiles who were brewing up an anti-colonialism storm of their own. Netaji Subhas Chandra Bose was one such exile, and although he is credited with reviving the Indian National Army (INA), the core of it was created by other remarkable Indian nationalists and soldiers who were once driven away from home.

With the dawn of World War II, close to 70,000 Indian troops, most of whom were Sikh, were stationed in the Far East by the British. One among them was Mohan Singh, then a battalion captain in the British Indian Army, who headed to Malaya (now Peninsular Malaysia) in 1941 with his unit.

An army from the ashes

When Japan occupied Malaya and most of Southeast Asia, many Indian soldiers of the British regiment were taken prisoners. The Japanese, however, were trying to maintain a good relationship with Indian officers and the Indian independence movement in order to gain traction against the British. A Japanese officer, Major Fujihara, and Pritam Singh, who was a leader of an Indian organisation in Malaya, approached Mohan Singh to form an Indian army from the prisoners of war.

This, however, put Mohan Singh in a difficult position; joining hands with the Japanese meant conspiring against the Crown, whose army he had served since the day he enlisted in the Punjab Regiment as an 18-year-old. But he was promised to be treated as an ally and not as a prisoner. He was soon convinced of the potential of raising an Indian army and, with the help of Pritam Singh and Fujihara, began recruiting.

Close to 4,000 prisoners from the fall of Kuala Lumpur in 1942 and over 40,000 from that of Singapore were placed under his charge. Mohan Singh also called for volunteers from the British Indian Army from all over Southeast Asia. Thus, Mohan Singh, who was now a General, came to command the first Indian National Army, which was later termed Azad Hind Fauj — the national army of independent India.

Growing in strength and recognition

Even before the start of the Second World War, there was an established Indian presence in Southeast Asia considering that it was the most accessed refuge for exiled nationalists. The Central Indian Association, the Singapore Indian Independence League, and other local organisations were run by Indian expatriates of whom Pritam Singh was one.

Rash Behari Bose was another such revolutionary who had fled to Japan in 1915 following the failed Gadar conspiracy which was an attempt at a pan-India mutiny. He was also the leader of the Delhi-Lahore conspiracy of 1912, which was alas, another failed attempt at an assassination.

Once in Japan, Rash Behari Bose became acclimatised and eventually a naturalised citizen. There, he invested his efforts in arousing Japanese interest in the Indian independence movement. The local organisations soon began merging into what would become the Indian Independence League (IIL), a political organisation that was the voice of the Indian population in Southeast Asia. It was also under Bose’s directive that the evolving INA and the growing IIL found a middle ground to flourish.

A conference comprising the Indian and Japanese delegation met in 1942 and the IIL was officially constituted. Rash Behari Bose chaired the council and Mohan Singh was one of the representatives of the INA.

The conference put forth important demands to the Japanese government, ensuring the integrity of the IIL and INA remained intact; the Japanese government was asked to publicly recognise India as an independent nation and the league as the nation’s custodians. The INA was to be looked upon as an allied army and that all prisoners of war be released.

The most important demand was thus: the Japanese must provide loans to the army and not impose a purpose on it other than the liberation of India.

Mohan Singh, who had until then maintained a good relationship with the Japanese, attracted trouble when he realised that the demands were not being met. He became disillusioned with the Japanese’s commitment to the Indian army as it seemed to him that they were deliberately delaying their public recognition of the army as independent and that their orders to the army were tainted with their own interests. Upon many disagreements, he was finally removed from command and taken into Japanese military custody.

Revival of the army

Mohan Singh had, in his initial interactions with Japanese officers, expressed a strong belief that Subhas Chandra Bose was the right leader for the INA. Suggestions such as Singh’s were not few; many troops were insistent on Bose leading them if they were to join the army. And so, after the removal of Singh, Bose was invited to take over leadership of the INA and IIL. He agreed, and arrived from Germany in 1943.

His presence produced an effect akin to a boulder falling into a pond; suddenly civilians with no military experience were willing to join the force. It is estimated that close to 1,00,000 civilians in South-east Asia volunteered to join the INA. The memberships of the IIL and INA had peaked and Bose’s Azad Hind Fauj was invigorated.

It is unfortunate, however, that Mohan Singh, the man who raised the army, could not be reinstated to this revived army. He was repatriated to India and under British custody, faced trails. The members of the INA too, after their stint of operations in the East and the north-eastern states of India, faced the Red Fort trials as many men were captured by the end of 1945, severely weakening the INA.

The INA fought valiantly for the nation despite its separation from the Indian soil. It remains a testament to the strength of a freedom struggle that knew no boundaries.