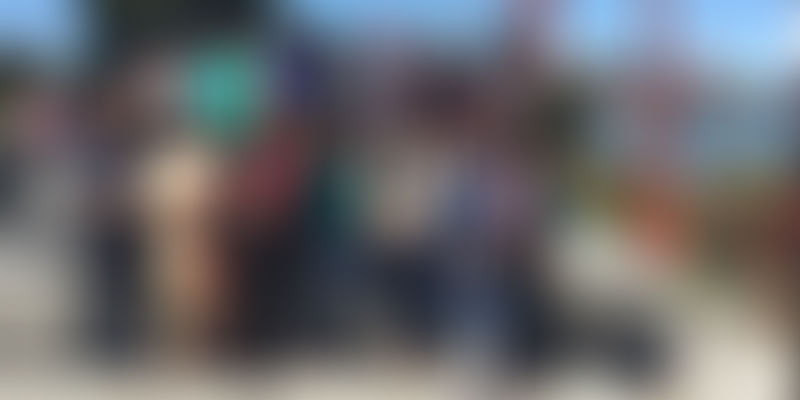 A group of women entrepreneurs took a trip to Silicon Valley, the mecca of startups, and found the culture lacking back home—not just for themselves but for their male peers as well.

"The odds of trying to make it to the top are loaded against women,” says Pooja Kothari, Founder of Storemore Storage Solutions. “To that, if you add the challenges of entrepreneurship, it just makes it so much more difficult to achieve success."

Pooja, along with nine other winners of the Women Entrepreneur Quest (WEQ) 2016, a flagship contest of the Anita Borg Institute (ABI) India, travelled to Silicon Valley in California, on a trip intended to give them exposure to technology firms, venture capitalists and Valley startups. Besides, they had the opportunity to interact with university students and attend capacity-building workshops. YourStory reached out to these women to learn about their insights from this experience and what other Indian entrepreneurs—both women and men—could gain from their trip.

Despite their widely differing backgrounds, they seemed to agree on most matters raised during our interviews with these 10 women.

All of them came away with a strong sense that Indian women entrepreneurs need strong role models. "You find very few female entrepreneurs (in India) to seek help from," said Arti Agarwal, Founder of Anaxee Technologies. This sentiment was echoed by several of the other entrepreneurs like Pooja, who added, “Generally speaking, women need to encourage other women—whether in entrepreneurship or in big corporates.”

Several of the women articulated specific instances of how the lack of role models came through in their trip. For instance, Charles River Ventures, one of the VC firms the women practised pitching to, gave them the feedback that “... all 10 demonstrated a lack of aggression in presenting the big picture....would have asked for $5 million for the same business and process that the Indian women entrepreneurs were looking for $1 million.”

The Department of Science and Technology (DST) was one of the sponsors (the Anita Borg Institute India was the other) of WEQ 2016. Anita Gupta, Director & Associate Head, National Science and Technology Entrepreneurship Development Board (NSTEDB) accompanied these women entrepreneurs and proved to be an “inspiration in herself”. “What she has done with WEQ is an example of someone senior helping younger people realise their potential,” said Pooja.

Prior to their trip, there seemed to be an implicit assumption that women entrepreneurs in the Valley might be in a better position. While this appeared to be the case in terms of the ecosystem in the Valley being more mature, with potentially better access to capital, several of these women were surprised by how many of the same challenges were shared by women in India.

"There too women seem to deal with the same unconscious biases. It just goes to show how deeply entrenched patriarchal ideas are," said Mayukhini Pande, Founder of Greenopia. This sentiment was echoed by others as well. Shrishti Sahu, Founder and Director, Aqaya, added, “The Old Boys networks are thriving across the world—in Silicon Valley as much as in India. We just don’t have enough networking and introductions among women.”

Access to mentors and a dearth of women investors are ways that lack of a support system for women manifests itself in India. All the entrepreneurs felt that this impacts their abilities to raise money as well as learn from the role models, something they felt was better available in the Valley.

Of course, there were points of disagreement -- particularly around how women entrepreneurs can best overcome some of the issues they face. There was some discomfort with even the use of the term 'women' as a qualifier for 'entrepreneurs'.

As Mayukhini put it, “We just need a culture that is not unconsciously biased against women-as-entrepreneurs. So it is important to talk about them. But what makes all the difference is how we talk about it. If we talk about it in a way that it is a men-versus-women problem, it will only further divide us and paradoxically reinforce gender biases. It is more helpful if we see this as something that both men and women need to take a collective stance against.”

Is the term 'women entrepreneurs' needless?

“Women should be encouraged by highlighting more stories of women heroes of real life, not by excluding men, but making them a part of the conversation,” said Shrishti. Richa Singh, Co-founder of YourDost added, “We met people in a mixed group, not just women entrepreneurs. We learned from them and this was one of my biggest learnings -- for women to network more.”

Even as folks agreed with this sentiment, some were also quick to point out that women entrepreneurs need to learn to pitch their companies and themselves better, to “dream bigger.” “We all need to learn how to brand ourselves and our products much better,” said Suhani Mohan of Saral Design Solutions.

While some didn't feel a great need for women-only forums, others felt that mixed groups alone were not sufficient to bolster a woman's entrepreneurial dreams. For instance, according to Roli Gupta, Founder, Oorjan Cleantech, “More closed (women-only) round tables” would help women be mentored in a less-intimidating setting.

Fear of failure was another point everyone was in agreement with. These entrepreneurs felt that Indian entrepreneurs—both men and women—face far greater social stigma over failure. Pooja found that unlike in India, "there isn’t a failure stigma there, so it encourages one to take more risk."

Several of the entrepreneurs commented on how they had transformed from strangers at the start of the journey to being their own support system by its end. In Anita Gupta, and several others they met, they found role models who inspired them, and as Arti tells us, “As a WEQ winner, I now have at least 10 fellow entrepreneurs to reach out to, and this community will slowly grow.”