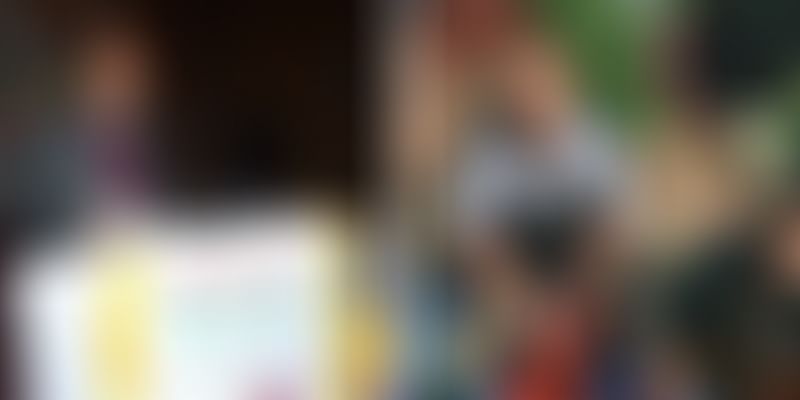 On graduating from a top management institute like IIM, one aspires for a high-paying job at one of the big multinational companies. However, there are a few who believe in paving their own paths to success. One such man is Kaushlendra Kumar who rather than joining a big company after graduating from IIM Ahmedabad decided to go back to his roots in Bihar to open an agribusiness company. The company now has a turnover of nearly Rs 5 crore and has also provided employment to over 20,000 farmers.

Hailing from Muhammadpur village in Nalanda district, Kaushlendra is the youngest in his family. Both his parents are teachers at a local school in his village. After Class V, Kaushlendra began studying at Jawahar Navodaya Vidyalaya which was 50 kilometres away from his home. The school selected students entirely on the basis of their merit. Their financial background was not a concern as they were provided free education, clothes, and food.

Kaushlendra then went on to complete agricultural engineering from Indian Council of Agriculture Research, Junagadh, Gujarat. After his graduation, he landed a job in an Israeli firm which worked on drip irrigation technique. He worked in Andhra Pradesh where he went to farmers to explain to them various drip irrigation products.

During his stint at this firm, he decided to appear for the CAT exam. He cracked it and got into Indian Institute of Management (IIM) Ahmedabad. He came first throughout college and was awarded the gold medal. Though Kaushlendra aspired to have a good job, his primary concern was to work towards the development of Bihar and help the poor.

After completing his MBA, Kaushalendra came back to Patna where along with his brother, he started a company named Kaushalya Foundation in 2008. He believed that Bihar would develop only when the situation of its farmers improves. Thus, he decided to start a vegetable-selling business to empower the farmers of Bihar.

Nearly 700 people are a part of this company which has provided means of living to nearly 20,000 farmers. Kaushalendra has recently decided to open a marketing and distribution channel to ensure customer satisfaction.

He began his work at a small roadside shop near a school in Patna and earned only Rs 22 the first day. Now, his company has a turnover of Rs 5 crore which he hopes will motivate the educated youth to work towards empowering the farmers.