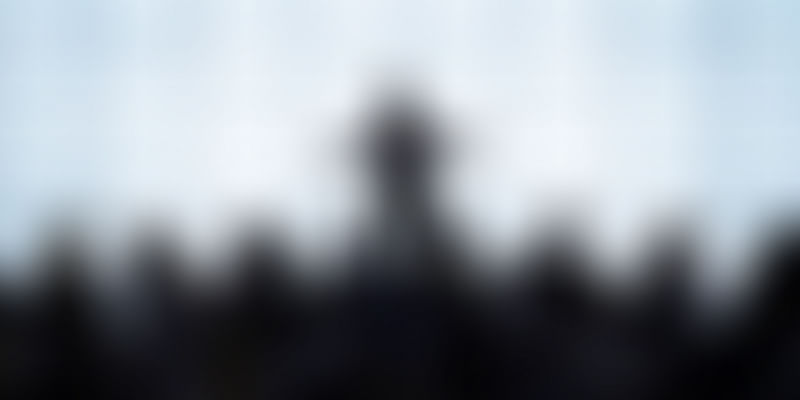 Technical skills aside, I have learned over the course of my career that good leaders are essentially good, well-adjusted human beings first. That is why it is not difficult to start cultivating good leadership skills much before you actually need them. Essentially, they are making you a better person, helping you coexist and collaborate with your team better and preparing you to be good leaders when the time is right.

What are some skills that will make you a rockstar manager today and an inspiring leader tomorrow?

Don’t take yourself too seriously

Apologise when you are wrong, and don’t claim to know everything or have answers to every question. Nobody expects you to. We work in teams for the specific purpose of collaboration and being able to leverage each other’s skill sets. Respect what each team member brings to the table and learn from whomever you can. We all know that one leader who may not have the best people skills but is ruthless when it comes to new business wins. We also know leaders who may be a tad ineffective when it comes to business but know how to hold teams together. An employee who is cultivating himself for a leadership role will make an effort to learn new skills and balance out their weaknesses. But for that, they must be able to identify their weaknesses – and that takes lack of self-consciousness. I have observed that taking yourself too seriously is the biggest, most difficult roadblock in a life of continuous learning. Shed it now and you are good to go.

Be ‘slow’ when the situation demands it

Organisations often put a premium on efficiency when it comes to junior to mid level managers. In simple terms, efficiency is just how much work one can get done in a unit of time. However, senior roles demand a lot more thinking than doing and they present more opportunities that demand delayed response. My recommendation to young employees is to start cultivating the emotional maturity that such situations demand sooner than later. A nasty email you want to respond to immediately? Criticism without understanding where a teammate’s point of view or idea is coming from? The itch to take action before weighing every pro and con? A leader can’t afford such haste because the stakes are much higher for her. The sooner you learn how to take a step back and analyse situations before taking action or reacting, the better prepared you will be for a leadership role.

Mentorship and coaching go a long way, but learn to do it right

Find your leadership mentors at a young age. Not only will it give you an opportunity to learn from someone who has been there, done that, but it will also teach you a thing or two about being a good mentor yourself.

The first rule of mentorship and coaching is that there is rarely just one right way to do things. Give people the freedom to decide the route as long as everyone agrees on the end result. Let them work on their own ideas to achieve shared goals. Give them the space to make decisions. Most importantly, whatever you teach your team, make sure it adds value. Often, leaders think it is their job to correct or improve whatever their team brings to them. Yes, adding value is essential. It is expected when you have a certain number of years of experience under your belt. But don’t give in to the temptation of what leadership mentor Marshall Goldsmith calls “adding too much value”. He says, “It would seem like it would be better for all concerned if our ideas were always improved upon. It’s not. Imagine an energetic, enthusiastic employee comes into your office with an idea. She excitedly shares the idea with you. You think it’s a great idea. Instead of saying, “Great idea,” you say, “That’s a nice idea. Why don’t you add this to it?” What does this do? It deflates her enthusiasm; it dampers her commitment. While the quality of the idea may go up five percent, her commitment to execute it may go down 50 percent. That’s because it’s no longer her idea, it’s now your idea.”

According to Goldsmith, sometimes the best thing good leaders can do when someone proposes an idea is to take a breath and ask yourself if what you’re about to say is worth it. You may realise that you have more to gain by not adding value.

Get personally invested in people

According to Simon Senek, author, marketer, and motivational speaker, true leadership is about empowering others to achieve things they didn’t consider possible. He says that exceptional organisations “prioritise the well-being of their people and, in return, their people give everything they’ve got to protect and advance the well-being of one another and the organisation.” (As stated in Success.com)

As a young manager with your first few direct reports, getting to know your team and being invested in them is easy. Ask them how they are doing, have their back when the situation demands it, take them out for lunches, and be genuinely interested in their lives outside the cubicle. If you start early, you will be able to cultivate this empathy and concern and take it to senior roles, when the general well being of the organization often depends on a few leaders and their leadership styles.

A recurring theme in workplace culture discourse is the serious lack of good leaders at the workplace. According to a study by Gallup, one in ten people possess all the necessary necessary leadership traits and just about two in ten possess some of these traits. Our organisation structures are designed to promote people to be managers because of their technical skills and number of years on the job as opposed to having the right skill set for managing people. This often leads have a vicious cycle of uninspiring leaders. I strongly believe that an organisation’s training and development culture aside, the onus to become good leaders lies with mid level managers too. The sooner they consciously cultivate in themselves the leadership traits they have found missing in their leaders, the better our work culture will get over time.