Need a second opinion? OpinionX brings you doctors on a digital platform 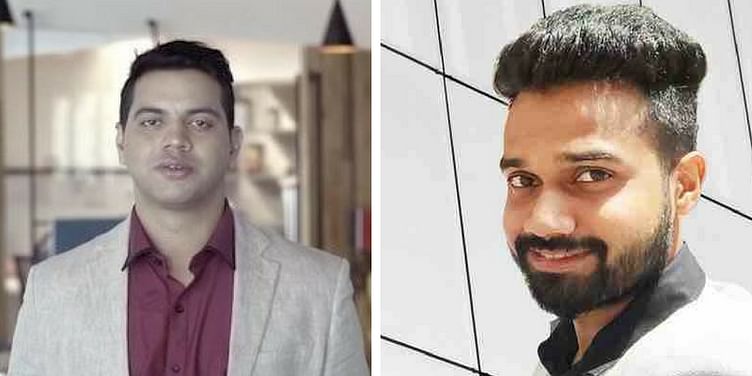 This medical assistance platform aims to reduce misdiagnosis by giving the patient an amalgamation of three-four doctors’ opinions along with inputs from an artificial intelligence system.

Good health is what we all want in life. There’s no doubt about it. However, when we consult a doctor for an illness, we are sometimes not sure about the first diagnosis. We seek more answers to assuage our doubts and fears. Should we go in for a second opinion? Are there better and more cost-effective treatments available?

Addressing these and more questions is OpinionX. The brainchild of Saurabh Bodas and Uday Akkaraju, it is a medical intelligence platform that seeks to reduce mistreatments and honest medical mistakes by giving the patient an amalgamation of opinions from a panel of three-four doctors along with inputs from an artificial intelligence system. OpinionX is looking at a mid-October launch through a website, followed by an app.

How it will work

The patient will receive opinions from a panel of experts, in the form of a single report. It will comprise of three doctors with at least 10 years experience. OpinionX is starting out from Pune; the company already has three oncologists on board who are helping to build the platform by serving as medical advisors. More doctors will be onboarded after gauging the post-launch response.

Uday and Saurabh conducted a user study where they spoke to doctors and patients about the need for a second opinion and realised that the need does exist.

Saurabh Bodas, 24 has an engineering background; he quit his job with Cognizant in February 2017 because he wanted to build “something of value that can change a person’s life.” Saurabh has known friends and family members who have struggled to get the right treatment after diagnosis. This motivated him to come up with a solution by bringing medical assistance to the digital space.

At OpinionX, the patient will be able to upload all his scans and medical reports online. A team of three doctors will go through these reports, without consulting each other. A case-in-charge will collate the opinion of all three doctors along with inputs given by the artificial intelligence system.

The artificial intelligence system used by OpinionX will analyse data from over 1000 cases similar to the patient in question. Variables such as age, gender, sex, medical history, stage of detection, etc. will be taken into account to provide a wholesome view. According to Uday, AI coupled with the opinions of the panel will help reduce the error in treatment by up to 90 percent and enable the patient to make an informed decision.

The platform aims to give the collated second opinion to the patient within 72 hours. After receiving it, the patient can raise concerns with the case-in-charge. The doctors on the panel will be able to go through the progress of the case.

Opinion X addresses a patient's need for trust and surety in their treatment post diagnosis. While a figure stating the number of cases that face medical misdiagnosis in India is unavailable or disputed, there are deaths that can be curtailed.

Uday Akkaraju, 32, is based in New York and is the CEO of BOND.AI. He has over seven years experience working with AI systems. He talks about a personal experience that motivated him to start a venture like OpinionX to address this very issue.

In 2014, Uday’s uncle was diagnosed with throat cancer, that was still at an early stage. The doctors advised a surgery that resulted in the amputation of half his tongue and loss of speech. According to Uday, the doctors did not give a clear picture of how his uncle’s life would be after surgery. “They were very vague about it but gave him hope. We took a second opinion after the surgery and were told that not only was the surgery unnecessary but also that it wasn’t done properly,” he says.

Uday’s uncle had been an ex-army officer with a fairly active lifestyle. The surgery took away from him the ability to speak and eat properly. In spite of knowledge of the patient’s condition, the doctors gave him medicines to fight cancer, while nothing was done to improve his ability to eat and communicate. He eventually passed away in 2015.

After this incident, Uday started following cases of people who survived and people who succumbed to their conditions. When he plotted this, he saw a definitive pattern of survivors making sensible and informed decisions after taking more than one opinion from different doctors, alternate therapists, and former survivors.

Uday says that even though doctors perform their best during a surgery, it is only relative since it is completely based on the knowledge they possess. “Since the field is constantly evolving, there are many possible alternative treatments and ideas available, which can be made available by forming a community of such doctors,” he adds.

Uday feels that the government should pass a legislation which requires doctors to consult at least two contemporaries before chalking out a treatment plan for life-threatening diseases.

The team is raising funds through an online fundraiser.They will first launch the service by providing assistance to cancer patients, which will later expand to include cardiology, orthopedic disorders, and neurology by early next year.