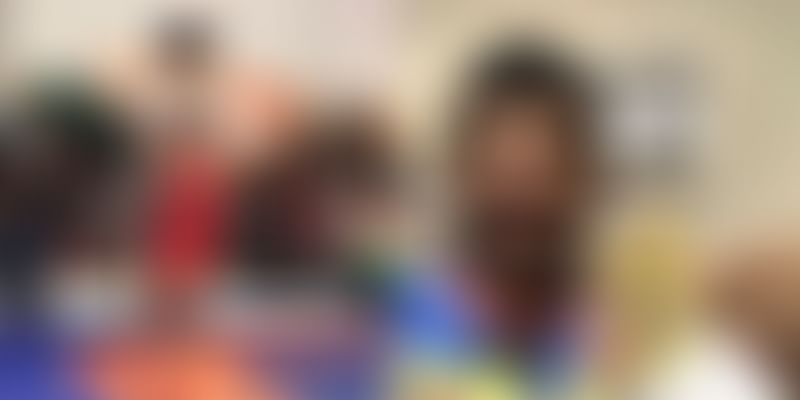 Virender Singh is a hearing-impaired wrestler from Haryana. He recently brought India a Gold from Samsun Deaflympics, which was held in Turkey this year. Wrestling since the age of eight, he is India's most decorated differently-abled athlete in history, having won seven medals at seven international competitions so far.

Virender, 32, hails from in the Jhajjar district of Haryana. He shifted to Delhi because of better training opportunities.

Virender lost his hearing when he was but a year old, and, as a result, could never fit in with the other kids at the rural school in the village. When he was around seven, his uncle, who Virender used to live with, insisted that Virender be taken to the city because the kids in the village were giving him a hard time. On his persistence, Virender was sent to live with his father, a CRPF jawan in Delhi. His father was reluctant to keep Virender with him but he agreed after much persistence from the family.

Surinder shares, “In Delhi, Virender was whiling away his time at the CRPF living quarters. The CRPF personnel, quite a few of them from Haryana, where wrestling as a sport is passed on to generations, had an akhara (a mud wrestling area) where they would train when not on duty.” Virender's father himself was a wrestler and Virender would keep looking at the brawny men going at each other. One day, out of sheer curiosity, he entered the ring with another slightly older kid and beat him easily. This was the first time the CRPF jawans had seen him in the ring and were impressed by his talent. They started training him, just as a way to make him fitter.”

Some of his best wrestling years were spent at the Chhatarsal Stadium, where Indian wrestling stalwarts Sushil Kumar and Yogeshwar Dutt also trained alongside him. Here he was trained by multiple coaches, most notably by Satpal Singh and Ramphal Maan.

Currently, he is being coached by Maha Singh, at the Guru Hanuman Akhara. Maha Singh also accompanied Virender to the recently concluded Deaflympics in Turkey, where he won Gold.

Vivek Chaudhary, a documentary filmmaker, who has made a documentary, Goonga Pehelwan, based on Virender’s life, shares, “When Virender was brought to Delhi and was out through the discipline of being a wrestler, he hated the process and wanted to run away, which he actually did on two occasions. He was brought back from the village both times so the third time he hatched a plan. He got up one morning and told his father that he had dreamt in the night that his dead grandfather had said that if Virender wasn't sent back to the village, Virender's father will die. Ajit Pehelwan, Virender's father thought about how to tackle that and then he came up to Virender the morning after and told him that, his grandfather from the maternal side had come in his dreams and told him that if he sends Virender back then he would die. Now what should he do? So stay here and train and don't go back. That was the end of that dream story that Virender had devised to run back to the village.”

Medals bagged by Indian athletes at Samsun Deaflympics 2017 in Turkey:

Virender has won so many medals at international competitions but no cash rewards have accrued to him. He got an Arjuna Award last year for his efforts, which brought him recognition. However, the going has been tough with the mounting loans on the family, on account of training and diet costs that go into making a world-class athlete. Vivek shares, “His biggest struggle right now is to accrue the cash rewards that will make his future stable. The Haryana government had recently amended its sport policy to include the deaf games also in the fold. As per that Gold at the Olympics/Paralympics/Deaflympics fetches a cash prize of Rs 6 crore. We hope that the Haryana government will not renege on its promise and come good when most expected to.”

There are a few questions as to when and how the money will materialise but once that happens, Virender plans to set up his own academy for supporting hearing-impaired athletes from around the country and he also wants to keep training for the World Deaf Wrestling Championships in 2020 and the Deaflympics in 2021.