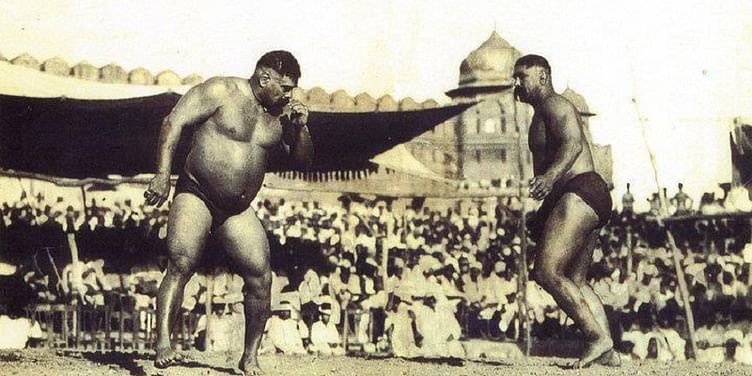 Ghulam Muhammad, also known as The ‘Great Gama’ and Gama Pehalwan was probably the greatest wrestler to ever walk the surface of the earth. With an undefeated career spanning over five decades, the legend of Gama Pehalwan was built in the mud pits and akharas of pre-independence rural India. Such was his fame and popularity that even Bruce Lee drew inspiration from him.

Accordig to Hindustan Times, actor-filmmaker Parmeet Sethi is directing a biopic on Gama Pehalwan featuring John Abraham. Gama remains a legendary sports champion from pre-Independence India and an icon of our struggle against colonialism.

Born in Amritsar in 1878, Gama was awarded the World Heavyweight title in 1910 after he defeated international wrestlers in London. Legend has it, that he once lifted a stone weighing over 1,200 kilograms and left the audience of Baroda gasping. The stone is now preserved in the Baroda Museum, as reported by the Times of India.

Gama used to do five thousand squats and three thousand pushups everyday, and his daily diet included 10 liters of milk, six desi chickens, and a pound and a half of crushed almond paste made into a tonic drink.

His winning streak started when he was just 10 years old as he went on to defeat every wrestler who challenged him. A stalky wrestler who was just 5 feet and 7 inches tall, some wrestlers even made fun of him, but he spared none of them.

By 1910, Gama had defeated all prominent Indian wrestlers as the doors of the western world opened for him. He went on to defeat world champions like Stanislaus Zbyszko, Frank Gotch, and Benjamin Roller. In many cases his bouts lasted for only a few minutes, some even ended in less than a minute’s time.

After the Partition in 1947, Gama moved to Pakistan. Although Gama did not retire until 1952, he failed to find any new opponents. He died in Lahore in 1960 after a prolonged illness. He was suffering from asthma and heart disease.

His legacy was picked by legends, including Bruce Lee, who was an avid follower of Gama’s training routine. Lee learnt ‘The Cat Stretch’ from Gama, which was a version of push-ups based on Yoga. Lee also performed baithaks, inspired by the Great Gama.