What does it take for an accelerator to succeed in India? 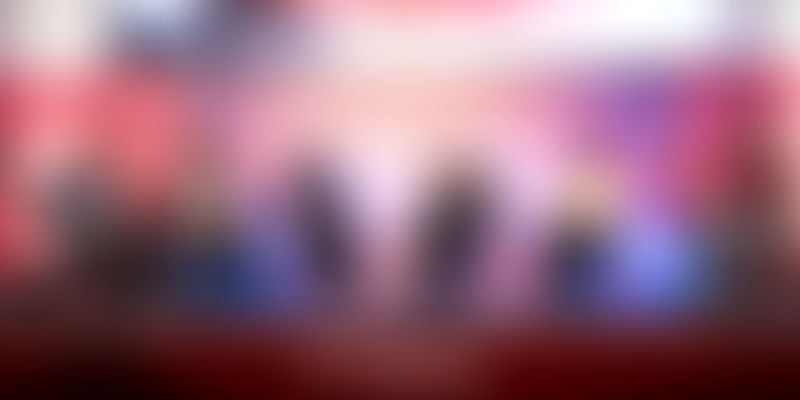 Accelerators play a major role in supporting, grooming, and mentoring startups. While accelerator support for startups in the developed world is quite common, the trend is slowly catching up in India.

“One in 10 startups in the US receives support from an accelerator. Among the ones that receive investment, one in three startups has an accelerator. In India the ratio is much lower,” Ganapathy Venugopal, Co-founder and CEO, Axilor Ventures, said at TechSparks 2017, the eighth edition of YourStory’s flagship event.

During a panel discussion on what it takes for accelerators to succeed in India, leaders representing top accelerators discussed the parameters which define success, the current trends among startups, and the misconceptions surrounding accelerators in India.

“It is important for accelerators to think differently from a co-working space or an incubator. You have to think like an investor,” Abhishek Gupta, COO, TLabs, said. He also laid emphasis on why accelerators need to be true in their selection process.

“Work with the startups and entrepreneurs you can truly help.”

Venugopal stressed the need for accelerators to measure their success on three parameters. “We need to assess the success of an accelerator programme by looking at it as a product itself. It should be good enough to attract talent. It should also lead to customers’ success, and investors’ success,” he added.

Naveen Asrani, Director, Startups, Microsoft Corporation India, emphasised the need for accelerators to define their role and build greater cohesion with startups. “The bottom line is to ensure that startups succeed. We are a custodian of their business but not the businesses themselves. We should either help and enable them or get out of their way,” he said.

Driving mindset change is another important parameter for defining the success of an accelerator. Amit Shah, Senior President and Country Head, Yes Bank, discussed how accelerators are leading to increased seriousness among entrepreneurs and driving change in the larger business mindset.

Discussing further on the value accelerators add to the startup ecosystem, Madhurima Agarwal, Senior Manager, NetApp Excellerator, said, “We look at three parameters when deciding the success of our accelerator programme. These are building good tech products which receive acceptance from the industry, access to market, and access to investors as and when required.”

Focusing on how accelerators, due to their constant engagement with startups, develop greater understanding of macro trends, Naveen asked startups how much they are willing to be coached as some entrepreneurs resist it. “Startups should choose their accelerators carefully. It is a long-term engagement, so the startup and the accelerator should be aligned on their values and larger goals,” he said.

Abhishek debunked the popular myth that accelerators are a stepping stone to investors. “Startups should focus on building better products before aiming for monetisation. Every accelerator has its strength and weakness. Startups need to decide well,” he stressed.

Trends among startups and accelerators

Amit described how, over the past few years, a trend of deeper tech innovation has been setting in.

“Money is not going to be easy and hence innovation is important.”

Discussing how large startups and accelerators are changing India’s startup scenario, Naveen added, “India is going to be leading innovation for the world. We have a large domestic economy for startups to succeed and a large global market. Pain for India will become universal pain.”

Madhurima described the rise in B2B startups as a welcome change. Adding to this, Siddharth shared how the government is increasingly willing to work with startups. “Each public department is opening up to working with startups. So the government can now be a client and startups solving real problems can scale fast. This had never happened before.”

According to Venugopal, the biggest trend among startups is an increased seriousness. “More and more advanced startups are coming up. These are startups that have spent enough time researching and understanding the problem, and are a welcome trend,” he said.