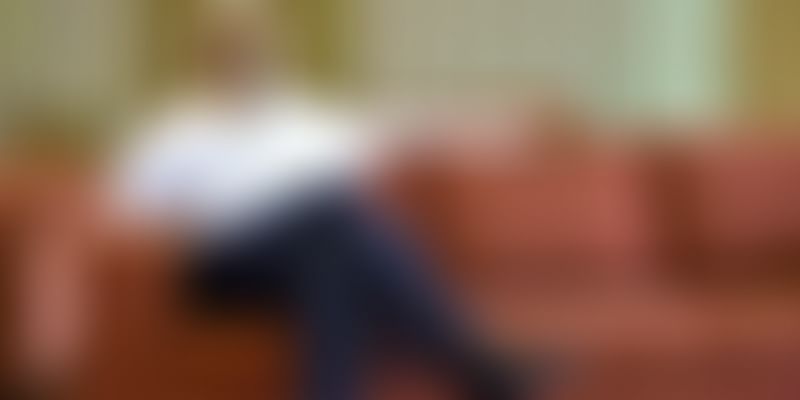 Born to a landless farmer in 1959 in a village on the outskirts of Coimbatore, Tamil Nadu, Arokiaswamy Velumani was one among four children. His mother took the onus of supporting the family on herself, buying two buffaloes, putting the Rs 50 a week their milk fetched to use in taking care of the family for the next 10 years.

Growing up in a village that had minimal access to education, he moved out to find better infrastructure. Back then, young individuals had a different motivation to attend college — to find a fair-skinned wife. In a conversation with Rediff, he revealed,

In those days in our village, only boys who were graduates could hope to marry a fair girl.

At 19, he graduated with a BSc degree but could not find himself a decent job. Eventually, he found himself at Gemini Capsules, a small pharmaceutical company in Coimbatore, for a meagre salary of Rs 150 a month. Velumani recollects how he used to retain Rs 50 for himself and telegram the rest to his parents. After spending four years at the company, he quit his job to join Bhabha Atomic Research Centre in Mumbai.

"My parents were very poor. They never had the luxury of buying me a pair of chappals (sandals) or trousers. I was born at the bottom of the 10 slices of the pyramid. It wasn’t easy. But today, I am at the top of the very pyramid," he said to Quartz Media.

Soon Velumani married Sumathi, an employee at the State Bank of India. After his marriage, he began pursuing a PhD in thyroid biochemistry and started Thyrocare with an initial investment of Rs 2 lakh. Today, one of his four brothers is the CFO at his company. His wife, whom he calls his biggest support, managed the HR department of the business.

In May 2016, roughly 100 days before his initial public offering hit the market, the company made its debut on Indian bourses, with a valuation of Rs 3,377 crore ($505 million). Today, he owns a 64 percent stake in the company, which makes him worth at least $323 million, according to reports by Quartz Media.

The company, which claims to be the world's largest thyroid testing enterprise, has its outlets in India, Nepal, Bangladesh, and the Middle East. It also runs one of India’s largest networks of health diagnostic labs, processing over nine million samples and conducting over 30 million medical tests every year.