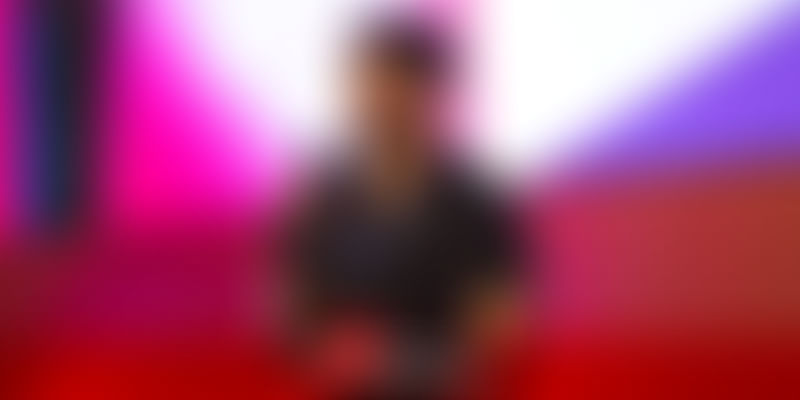 "I am not trying to make millions, I am trying to change the way millions think and learn," says Byju, the founder of India's highest funded edtech startup.

It is rare to see a startup founder rapping onstage at an event. But that is exactly what Byju Raveendran, Founder and CEO, Byju’s did at the beginning of Day Two of TechSparks, September 23. Rapping out algebra equations, Byju made maths sound so much fun.

Taking centre stage, Byju began by noting how he started with personalised informal classes with friends and then moved onto auditoriums, to now being the biggest fish in the edtech pond, an almost profitable Unicorn and the fifth largest edtech. “If we get $75 million more we will be first in the list,” he remarked. The company was one of the first Indian edtech startups to get funding from Chan-Zuckerberg initiative, a philanthropic organisation run by Facebook’s Mark Zuckerberg and wife Priscilla Chan.

However, he said all these numbers do not make sense considering they have only been able to reach out to only one percent of the student population. The aim of his highly-funded startup is to help students be curious about learning and not just memorise for the sake of exams. His algebra rap on the stage was his way of drawing attention to this fact.

The journey of Byju’s is a rather well-known story of grit and perseverance. Hailing from a small town in North Kerala, Byju’s Classes began when Byju started teaching math and science to his friends in Bengaluru who were preparing for CAT and other competitive examinations.

Today, focussed on the K-12 students, Byju’s has an app that has over eight million downloads and over 4,00,000 paid users. However, Byju adds that they aren’t even touching one percent of the Indian population and there is a long way before they make a real impact and create a revolution.

“The narrative of me hailing from a small town works brilliantly for investors. While it is true, what really works for people from small towns is the drive that pushes you. I learnt English by listening to commentaries. We are driven by positivity. And everything I learnt was by myself, which is the best way to learn.”

The money and the acquisitions

Last year, Byju raised $200 million in three rounds from top investors, including $75 million from Sequoia Capital and Sofina in April, a $50-million round led by the Chan-Zuckerberg initiative (existing investors and others also participated in the round), and another $15 million from IFC, a financial institution that’s part of the World Bank group, in December. The latest round of funding has pushed Byju’s valuation up to around $800 million, from $160 million in 2015.

This year, Byju's has also had investment from Tencent and acquired TutorVista and Edurite. Byju explained that the focus of the acquisition was more on the Edurite product, for which the team has currently finished the integration.

Pearson had acquired 17 percent stake in TutorVista from GrowthStory’s K Ganesh and Meena Ganesh in 2009. Later, in 2011, it acquired 59 percent for Rs 577 crore and got the controlling stake of 80 percent after that.

Looking at a global market

With Edurite and TutorVista’s acquisition. Byju’s has obviously set its sights on expansion, as TutorVista counts the US as its biggest market. And Byju’s is aggressively looking to expand into the international market, especially the US in the next 18 months. Byju’s acquihire strategy involves making a mark in the entire edtech spectrum.

Earlier this year, Byju's also had a case study published by Harvard Business School. The HBR case study addresses Byju's push into international markets, especially the US, which has a large demand for upgrading skills and is a market that is willing to pay subscription fees for courses.

Byju currently says they have over 50,000 paid students. He adds that the average engagement time currently is at 51 minutes per day, which is approximately 16 percent of the time as compared to the time spent on the book.

“Currently, we have 89 percent renewals for our subscriptions, which is a mark on the fact that our model is working,” explains Byju.

Tutoring, the largest segment in parallel education, is expected to grow at a CAGR of 15 percent, from $11 billion in 2014 to $16 billion in 2017, while test preparation will grow from $2 billion to $4 billion at a CAGR of 25 percent during the same period.

“We still have a long way to go. Our focus is to ensure that learning becomes more personalised, has a fast pace and is fun,” says Byju.