From seed to cart: fifth-generation entrepreneur puts Karnataka coffee on the world map 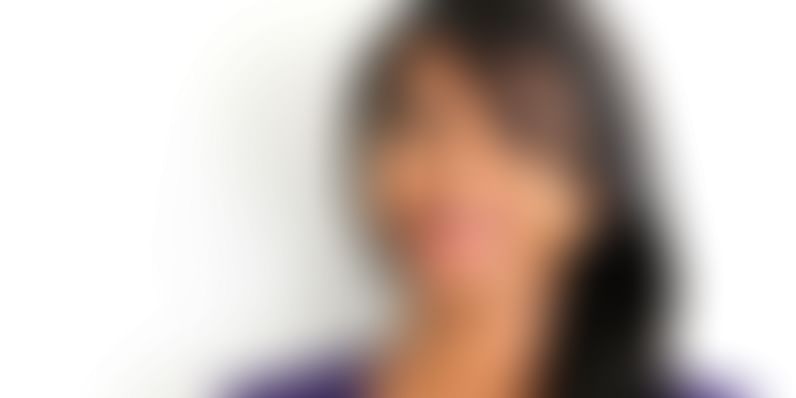 With coffee gaining widespread acceptance across India, Classic Group is experimenting to create offerings that appeal to the Indian palate.

Legend has it that centuries ago, a Sufi Saint – Baba Budan – planted seven coffee beans in the hills of Chikmagalur, introducing coffee to India.

Now called Baba Budan Giri Hills, the birthplace of Indian coffee is where 150-year-old Classic Group grows its coffee brand. Apart from coffee, the group also has dealings in real estate, hospitality, retail and distribution. But they want the world to wake up and smell the coffee!

For about 25 years now, the Classic Group has been exporting coffee beans around the world to micro roasteries, bigger roasteries and cafes, roasting them according to their clients’ needs. Over the last few months, the group’s horizons have widened.

India may still be a nation of tea lovers, but the popularity enjoyed by Gloria Jean's and Starbucks shows that at least the younger generation is warming up to the bitter sweetness of coffee. In a tête-à-tête with YourStory, Tapaswini Purnesh, 30, a fifth-generation entrepreneur from the Classic family, speaks about how she combines culinary knowledge and understanding of flavour patterns with her expertise in brewing techniques to craft coffee that appeals to the Indian palate.

A mechanical engineer and diploma holder from Le Cordon Bleu, Paris, the most prestigious culinary school in the world, Tapaswini is now Director of Marketing and Promotions at Classic Coffees.

Europeans end every meal with coffee, but in India, coffee is yet to gain that scale of popularity. In South India, coffee still refers to filter coffee. Chains like Café Coffee Day have succeeded in popularising Western tastes like Cappuccino and Espresso. Yet, there was no deep knowledge on pure coffee; chicory coffee was the norm and most youngsters didn’t drink a lot of coffee.

Around 2010, Tapaswini had started a café next to Orion Mall, in Bengaluru, as a micro roastery.

“We were roasting coffee and selling it fresh. But it was too early for the concept. The coffee culture was yet to grow here,” she recollects.

Things, she says, have changed in the last eight years.

“Now a lot more micro roasteries are opening up. Youngsters who travel abroad for work or study are familiar with pour-over coffee and nitro coffee. Coffee is super cool and hip. We are targeting that audience,” she tells YourStory. She adds that although Classic Coffee’s target is the 30-45 age group, people who are 60 years old and above are also open to experiments in coffee these days.

Also read: This 25-year-old brews a success story with his tea selling in 76 countries

India is the sixth largest producer and fifth largest exporter of coffee in the world. In fact, according to IBEF data, about 70 percent of coffee produced in the country is exported. Varieties like Bru's different African flavours and Nestle's instant cappuccino mixes have reached the masses in India over the last few years.On the branded side, as opposed to the traditional one, Cafe Coffee Day and Starbucks have made a mark too. But Classic Coffees aims to get people to drink more coffee every day, and “in a more exciting fashion”.

About eight years ago, India’s most famous coffee connoisseur Sunalini Menon did two coffee blends for Classic Coffees. It started off as a pet project as Tapaswini wanted Indian coffee lovers to enjoy coffee of export quality. Her next strategy was to come up with coffee for different times of the day. In May 2017, Classic Coffees launched four new blends with pure Arabica beans. Interestingly, they were named after the times of the day they were meant to be consumed - Blaze in the morning, Matinee for afternoons, Sundowner in the evening, and Afterhours after dinner. Each 250gm packet was priced at Rs 300.

But do Indians drink coffee late night? Tapaswini says this is where she found a surprising change in consumer behaviour.

“AfterHours is not decaf, it is not mixed with any flavours. While the others are extremely smooth and fruity, this is more like a dessert. It has maximum movement as people are intrigued by the concept,” she says, adding that north Indians warmed up to them more easily as they don’t have any preconceived notions of coffee.

Science behind the coffee

The Classic Coffees comes from an ancestral estate in Sakleshpur, where they also grow Robusta. In Baba Budan Giri, the altitude and weather conditions are just right for Arabica.

The wisdom behind each kind of coffee is deep. For instance, instant coffee comprises broken bean (all neighbourhood roasters use it), but Classic offers only filter coffee.

Tapaswini believes that the same coffee brewed in different equipment will have different flavours.

She says, “We have Indian filter, French press, aero press etc. For the four blends, we recommend the best equipment for each on the cover itself. We also mention the flavour, and whether it is best had with milk or not.”

Tapaswini conducts coffee-tasting sessions with accompaniments such as lemon tarts, cheese, apple slices and other goodies to ensure coffee drinkers derive complete enjoyment of the flavour.

Synergy coffee is exported – but not in packaged form – to the US, Europe, Korea, Japan, Australia, and New Zealand among other countries.

Tapaswini travels a lot for festivals of international bodies like Specialty Coffee Association, and attends events by coffee associations in the US and Europe. Micro roasteries and equipment manufacturers from across the world participate in these events.

“We are not just a brand like you see in stores. We are one of the few who do seed-to-cart. We grow it from sapling, pick and pack. Except the roasting bit, which we outsource, we do everything including processing after plucking. We do small batches for sellers if they want it customised, say fermented in milk. But it will all be sold under our name,” Tapaswini says.

Classic Coffees also has international blends such as Kenyan and Ethiopian through partners in those countries.

Currently, Classic Coffees is sold on online platforms such as BigBasket, and offline stores, including Westside Gourmet, Namdhari, and Nature’s Basket, and at airports in Delhi and Bengaluru. The company gets monthly orders of about one tonne now, and is targeting 8-10 tonnes by March 2018.

Classic Coffees has more surprises coming up for coffee lovers – a combination of alcohol and coffee is one of them. And the coffee and tea market, estimated to be worth Rs 41,800 crore, has plenty of space for more flavours and more players.

In fact, while FMCG brands and coffee market leaders like Nescafe have shown no keenness to promote premium coffee in the country, quite a few startups have exploited the opportunity – Bonhomia, which sells capsules for coffee machines, and Blue Tokai, which has branded itself through premium restaurants and cafes.

Another prominent player, Flying Squirrel, which aims to transform coffee into an artisinal food item, offers seven variants, but does not sell offline as they want to deliver coffee beans that are freshly roasted after an order is placed. Indian Bean and Seven Beans are also competing in the same space.

It looks like coffee lovers have found their cup of paradise on earth, thanks to a new generation of entrepreneurs who think outside the box.