Why do our farmers bear the entire burden of keeping food prices low? 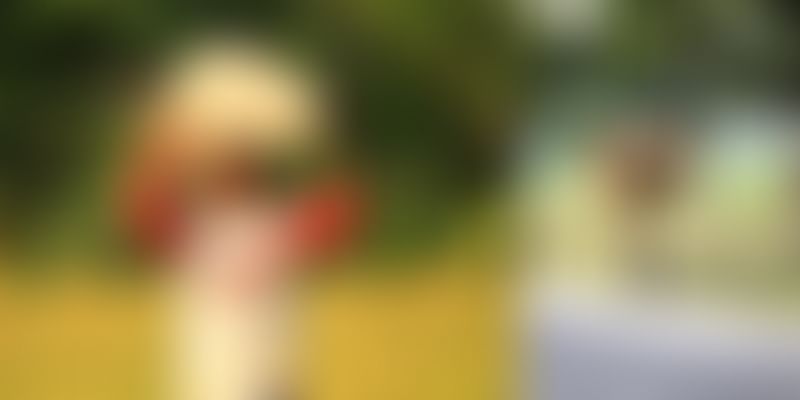 Farmers’ anger is spilling over. The violent agitation that erupted in the Malwa belt of Madhya Pradesh, resulting in the death of six farmers from police firing, has now spread to Punjab, Haryana, Rajasthan, Gujarat, and Chhattisgarh. The demand for farm loan waiver accompanied by higher crop prices is now gaining momentum.

More than 3.18 lakh farmers have committed suicide in the past 21 years. Every 41 minutes, somewhere in the country, a farmer takes his life. While I agree that farmer suicides are a symptom of a bigger malaise that afflicts agriculture, policy makers failed to take the massive death toll as a sign of the terrible economic depravity that plagued the rural landscape. How long could we expect farmers to take the hit silently? It had to happen one day, and no one knew what would trigger it. The outburst we see now is simply a trailer.

For nearly three decades, more so after the economic reforms were ushered in, agriculture has been a victim of neglect and apathy. Following the World Bank prescription of moving 400 million people from rural to urban areas by 2015, successive governments have deliberately created conditions turning farming non-viable, forcing an increasing number of farmers to abandon agriculture and migrate to cities. To keep food inflation under control, farmers have routinely been paid less, not even enough to cover the cost of production, thereby driving them against the wall.

With each passing year, the economic crisis on the farm worsened. The Economic Survey 2016 tells us that the average income of a farming family in 17 states of India, which means roughly half the country, is a mere Rs 20,000 a year or less than Rs 1,700 a month. Such a dismal income, merely enough for subsistence, was the outcome of economic policies over the years. I shudder to think how these farming families have been surviving all these years. After all, it is not even possible to rear a cow in less than Rs 1,700 per month.

But I doubt if such details mean anything to mainline economists and policy makers. With the markets crashing after every harvest, and with the government reluctant to save farmers by ensuring that they get at least the minimum support price (MSP) that has been announced, farmers are pushed deeper and deeper into a never-ending cycle of debt. Even the MSP being given is often less than the cost of production. In Maharashtra, for instance, the production cost of tur dal has been worked out at Rs 6,240 per quintal. The MSP announced was Rs 5,050 per quintal, and in reality what the farmers were able to sell tur for, and that too after waiting for a week or so in the mandis, was Rs 3,500–4,200 per quintal.

Take another case. A farmer in Haryana toils hard for three months, labouring to reap a bountiful harvest of potato, only to find the prices crashing, forcing him to sell 40 quintals of potato for just 9 paise a kg. The shock a farmer gets when prices crash often turns fatal. But the fact remains that the government has rarely come to his rescue. Compare this with the fall in stock markets, and the finance minister promises to monitor the crisis on an hourly basis, holding a press conference to assuage the investors. Have we ever seen the finance or agriculture minister monitoring the deplorable condition when farm prices crash?

The poor farmers have been left to live in indebtedness, which keeps multiplying with every passing year. The economic crisis farmers are facing is compounded by the denial of a rightful income for their produce. To keep food inflation under control it is the farmers who have paid the price. In reality, it is the farmers who have been subsidising the nation all these years. Successive governments have therefore deliberately kept agriculture impoverished. An estimated 58 percent of the farmers go to bed hungry every night.

After Yogi Adityanath announced a farm loan waiver of Rs 36,359 crore, which will benefit 92 lakh small and marginal farmers when implemented, Maharashtra has announced a loan waiver of Rs 30,500 crore. Punjab is expected to take over at least Rs 30,000 crore of the bad loans. Although I am not in favour of loan waivers, in the deplorable situation agriculture has been pushed into, they offer short-term relief. It is an emergency measure to bail out millions of small and marginal farmers in distress. IndiaSpend estimates that a total of Rs 3.1 lakh crore of farm loans need to be waived. This is still far less than Rs 4 lakh crore bailout package the telecom industry alone is seeking. Another Rs 1.7 lakh crore of bad debt is what the steel industry hopes will be written off.

Loan waiver must be followed by policies that ensure the loans don’t pile up again. A bit of tinkering here and there is not going to address the agrarian crisis. It needs a holistic approach, a paradigm shift in economic thinking. To begin with, the effort should be to make farming economically viable.

1) The Commission for Agricultural Costs and Prices, which works out the MSP for crops, should be directed to factor in four allowances in the MSP being paid to farmers — house allowance, medical allowance, educational allowance, and travel allowance. So far, the MSP only covers the cost of production. Compare this with the government employees, who receive up to 108 allowances of different kind.

2) Since MSP benefits only six percent farmers, it needs to be understood that the demand for providing 50 percent profit over MSP will benefit only these six percent. For the remaining 94 percent farmers who are dependent on the exploitative markets, the need is to set up a national farmers’ income commission, with the mandate to provide a minimum assured monthly income package of Rs 18,000 to a farmer’s family.

3) Public sector investments must come in urgently for constructing APMC mandis, and also for storage godowns. At present, there are only 7,700 APMC mandis. What India needs is to set up 42,000 mandis for every 5 km. And like in Brazil, where it is mandatory for a market yard to procure anything a farmer brings, APMC mandis should be quipped to do the same.

This article, authored by Devinder Sharma, was first published on Ground Reality.