Profitable from year one, Finova Capital closes Series A funding from Sequoia India 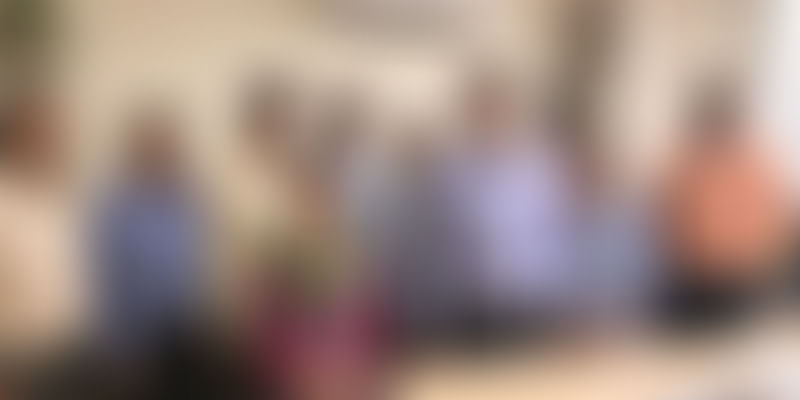 Finova Capital, a Jaipur-based non-banking financial company (NBFC), announced on Tuesday that it had raised an undisclosed amount in Series A financing from Sequoia India. The MSME lending firm will use the funds to expand its presence across the country.

Founded in March 2016 by Mohit Sahney, Finova Capital is an RBI-registered NBFC. It provides home and business loans to MSMEs by bringing access to formal credit to their doorsteps. Finova Capital aims to provide affordable and customer-centred credit to micro, small, and medium enterprises in a time-bound fashion. This is done by leveraging technology and efficient products, relevant policies, and robust processes.

MSME finance in India is a largely unorganised sector, especially in smaller markets which have significant opportunities for small businesses but lack access to formal credit. Most players in this space exist at two ends of a lending spectrum:

1.Those who disburse low-ticket loans: Rs 2–3 lakh for a period of two–three years.

Finova Capital aims to serve the “missing middle” of the MSME segment, small businesses and services in small-town and rural India who are looking for mid-ticket loans — Rs 8–9 lakh for a period of up to seven years. The loans are provided at customised interest rates and flexible tenure plans. Talking to YourStory, Mohit Sahney, CEO, Finova Capital, noted that their interest rates, while dependent on many factors, are about 18 percent on average.

Finova claims to have disbursed close to Rs 45 crore to over 500 small businesses till date. With a team of 50 employees, the venture has five branches across Rajasthan.

Given the sector it addresses, Mohit noted that Finova looks at a borrower’s cash flow as opposed to formal documentation for credit assessment. The company has created customised templates which are used to analyse credit ratings across each sector. Mohit explained that they have customised templates for different professions ranging from chaiwallahs to carpenters. He said,

A large chunk of India’s MSME market falls into the service sector. And this is the segment we cater to — the electricians, plumbers, carpenters, and chaiwallahs, those who don’t have access to much-needed capital due to lack of formal documentation, financial literacy, or presence of mid-level players."

Mohit further explained that Finova currently works with 10 lenders and is looking to explore further partnerships to expand its lending portfolio. The team expects to end the year at 100 crore assets under management (AUM) in its second year of operations while having been profitable from the first year itself. Mohit shared,

We feel that a marriage of technology and brick and mortar would work well in a complex country like ours, so we are investing in technology to digitise everything right from loan application to disbursement.

To ensure timely repayment of loans, Mohit said that his team engages in financial literacy programmes that tell their customers exactly what they are signing up for. Finova also leverages technology to send timely alerts and reminders to customers.

But considering that MSME financing has long been a disorganised sector, Mohit admitted that his team faces many challenges on a regular basis, which include finding locations which are cost-effective, local experts who understand the framework, educating the borrowers who are used to working with money lenders, and even creating customised templates for cash-flow analysis.

The arrival of demonetisation in late 2016, though, turned out to be a boon in disguise. Mohit explained that with surplus cash deposits in the bank during demonetisation, liquidity in the system ensured growth for Finova as they had already got their customers to embrace digital transactions. Also, the fact that their customers mainly constituted electricians, plumbers, and chaiwallahs, who come under the essentials category, ensured that there was a constant flow of capital.

Finova Capital is addressing a critical need gap in the highly underserved MSME market by making credit available to small businesses with undocumented income through their innovative credit models. Sequoia is delighted to partner with Mohit and his team to build a market leading platform for MSME lending in the country.

According to a PwC report, NBFCs have scripted great success stories and recorded healthy growth — a compound annual growth rate (CAGR) of 19 percent over the past few years — comprising 13 percent of the total credit and expected to reach nearly 18 percent by 2018–19. The World Bank too has endorsed the use of reported non-financial data in the credit origination processes and considers it a powerful tool for driving financial inclusion in emerging markets.

Some of the notable NBFC players in India include LendingKart, InCred, LoanFrame, and Cointribe, among others. Lendingkart was recently in the news for having raised Rs 70 crore in equity funding

Mohit explained that for the near future, Finova aims to focus only on Rajasthan and the goal is to expand to 15 branches by the end of FY 17. With the funds raised, the startup aims to increase headcount to 120 employees and further invest in technology.