The story of HT Subramanya: How a construction worker founded and built a large logistics business 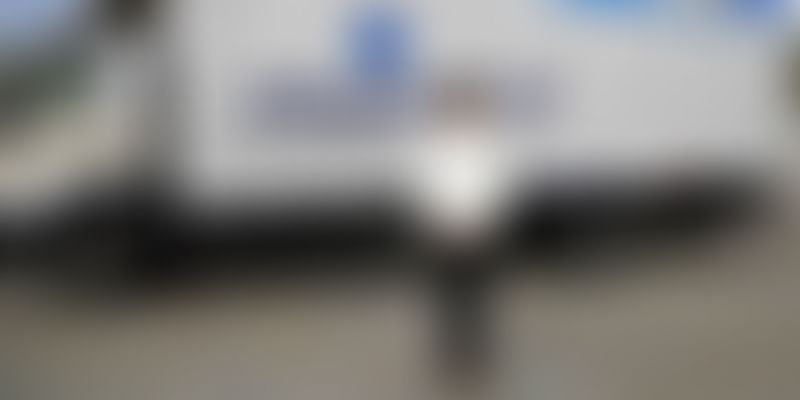 In the summer of 2002, HT Subramanya, a 17-year-old, was awaiting his high school results. As soon as he received his results, he ran back home, happy to be the first person in his family to finish high school. But, on the way back home, one thought kept playing on his mind: “Can my family really support my education?” Entering his home was a reality check, and he realised his poor family could not spare any more money from the family kitty for his education. And so, instead of telling his mother his result, Subramanya told her he was ready to enter the workforce and contribute to the family.

“My words brought joy to my mother as we were struggling for two square meals at the time,” says Subramanya, 32, who began his work life as a peon in a construction company earning Rs 1,800 a month.

Today, Subramanya is Director and Founder of LCM Logistics, a Rs 45 crore company. How did he get here in nine years?

“I was disciplined in respecting people’s time and managed cash well. However, I still have dreams of the poverty that set me on a quest to be better than being an ordinary person,” he says.

LCM Logistics now manages over 570 trucks and generates yearly revenues of Rs 45 crore. It is a preferred logistics provider to Reliance Industries in the southern regions of the country and is running at an annual run rate of Rs 100 crore for the financial year 2017-18.

The story of Subramanya is a primer for anyone wanting to build a business at any given point of time in their career.

“It is all about the work ethic; opportunities fall into your lap all the time once you are professional,” he says.

Subramanya comes to the Your Story office and greets this reporter with excitement; as this is his first interview. His calm demeanour does not carry any pretence; it’s clear that no image management company has trained him.

If his partners did not introduce him as the Founder of LCM, one wouldn’t know that this medium-built man, wearing unbranded smart casuals, could actually be running a medium-sized company.

Madappa T Subbaiah, Director, LCM Logistics, says: “I was working in a large corporate at the time and controlling a region when this unassuming man had the audacity to ask me to join his company, in 2009, and streamline operations. I was surprised that an individual with no background could have such a big heart to succeed. I jumped in because I realised I could learn humility from the man. Eight years later, the company is on its way to becoming a large logistics company.”

Subbaiah has seen Subramanya climb the ladder to success, going from single truck owner to plying over 570 trucks in South India.

The hard road to cash

Eighteen months of working as a peon on the road took its toll. On the job, Subramanya functioned like an errand boy for almost everyone; sometimes he would double up to help labour. This toughened him up, but broke his spirit. He went home and told his mother that the only way that his family could survive was if he moved to Bengaluru, the city of dreams for many rural folk.

As soon as he turned 18 years old, in 2004, Subramanya packed up and went to Bengaluru. Within a week, he realised it wasn’t going to be easy. On a friend’s suggestion, he registered with a labour contractor who got him a job as a tailor managing the stitch line. He was paid depending on the number of pieces he could produce per day. He would manufacture 150 pieces a day and would come home with his fingers numb.

“I was shouted at and spat at. Not many realise the effect it has on the poor. I had to quit the job because it was physically draining. I was never going to make it in apparel stitching,” Subramanya says.

At the time, he was staying in a 30X30 square feet room with 10 other people. Another friend told him that a lorry owner-driver was looking for a cleaner for long journeys. On meeting the driver, they struck a deal that the lorry owner would provide meals, pay Subramanya Rs 1,800 a month and teach him driving. In under a year, he had learnt driving and before long began to realise how the logistics industry worked. He realised that the industry was all about finding deals and delivering goods on time to all parties across the city.

All along, Subramanya continued to live a frugal life.

“I never went to a movie or went out with friends. I saved every penny,” he says.

In the year 2006, the logistics industry was going through a revolution. The Supreme Court banned the entry of large trucks in the city; with this, the need for smaller vehicles rose. This market was served by Tata Motors, which launched the sub one-ton truck and gave rise to the hub-and-spoke model.

The hub-and-spoke model is a system where trucks from factories would go to large warehouses to deliver goods and smaller trucks would take over from those warehouses to take the product to retail stores or customers.

Subramanya bought a 6-ton truck for Rs 50,000 from the person who taught him how to drive and set to work finding partners. He had borrowed money to buy the truck and had to find customers to be cash positive. His first customer was Big Bazaar (delivering produce from the warehouse to stores across Bangalore). He would try and do at least four trips a day to earn at least Rs 40,000 a month.

“I also made additional money by adding goods on route. If I knew I was going to point A, say about 5 km, I would ask logistics agents to part load my truck with goods; this mix and match helped back then,” Subramanya says.

Subramanya feels that to be a successful entrepreneur you need to make sure that you manage to keep your ecosystem happy by sharing business and contacts.

Since Subramanya’s prompt deliveries got him phone calls for more work he would share his work with truck owners who did not have jobs. Soon he began to manage 30 trucks, an additional revenue stream.

“These drivers would pay me Rs 200 for a 50-km delivery line that I would book for them on behalf of my clients. That’s when the idea of running a formal business was born,” he says.

The birth of LCM

Reliance Industries, which invested more than Rs 20,000 crore, across a 10-year time frame, in its retail practice, began to scout for partners in logistics in 2008. That’s when Subramanya met Subbaiah, who was handling logistics on behalf of the senior logistics team at Reliance Retail.

“I was surprised that this man could manage all deliveries on time and managed the credit cycle very well. He never complained and he made sure that work went on,” Subbaiah says.

He adds that Subramanya’s professional attitude was hated by many incumbent small businesses, which threatened to run him out of town if he did not back out.

“However, the corporates he served protected him,” Subbaiah says.

That’s when he prodded Subramanya to register the company so that Reliance would give big orders to LCM.

It’s not your classic technology startup tale, but it led to a strong partnership.

“I had seen this guy work hard for over a year in other places and he was highly recommended. That is when I decided to truck along with Subramanya,” Subbaiah says.

After joining as Director, Subbaiah brought in processes such as HR, Admin and Finance. “I was amazed how LCM was managing Rs 50 lakh revenue at the time without any processes,” he says.

At the same time Subbaiah won LCM Logistics a long-term contract with Reliance as the preferred logistics partner in the city.

A third Director, Kumar Sethuraman, another corporate honcho from the logistics industry, joined the company a year ago.

Jayaram Raju, co-founder of Lobb, a logistics technology like an Uber for trucks connecting brands to agents, says: “These legacy companies are very powerful because they have access to agents across different markets. The only thing they have not figured out is how to manage real-time demand to scale.”

It is currently foraying into warehousing (yet to disclose plans) and is focused on trucking services with offices in Chennai, Pune, Baroda, Bangalore and Coimbatore. They have over 10 FMCG clients they have partnered with and still remain Reliance’s main push in retail expansion. Business revenues are dominated by the hub-and-spoke model, about 70 percent intra-city delivery and 30 percent inter-city delivery.

Ankit Sethia, founder of HipShip, says: “These companies are now expanding and are looking to digitise their journey to track not just drivers, but also figure out their most profitable routes and rates.”

Large companies such as Patel Roadways, VRL, SafeExpress, Agarwal Packers and Movers and others with Rs 100 crore in revenues are dominating the market. There is very little differentiation in pricing; what determines success is the trust built up with timely delivery of goods and making trucks available to service a region.

India has close to 12 million trucks and they are in short supply to meet growing consumption in the country.

LCM is one of the new logistics companies that supports trucking as a viable career option for younger college dropouts.

India is so large that the opportunity in logistics is a multibillion dollar business. The Indian Brand Equity Foundation says the logistics business is a $300 billion opportunity with only 20 percent of the industry being organised.

Our interview is at an end, but Subramanya does not worry about when it will be published. He is more interested in how the media industry functions, and inquires about entrepreneurs and technology in the logistics industry.

As he walks to his hatchback, he says:

“One more thing, you asked me about wealth creation and why it is important. As an entrepreneur I don’t buy fancy things. I take care of my skilled and hard-working employees because I still have memories of those days of not being able to afford two square meals a day.”

LCM is truly Lakshmi Cargo Movers, an ode to goddess Lakshmi to create wealth after putting in the effort to succeed.