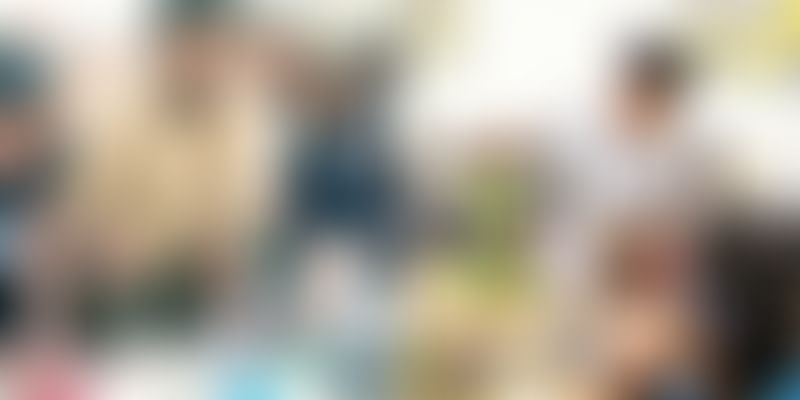 Thirty-three-year-old Sridhar is a graduate from IISc, one of India's best educational institutions, who left a high-paying job to give students in school a chance to fall in love with science. His journey is a fine example of the lengths people can go to for the things they believe in.

Sridhar finished his master's in instrumentation from IISc and worked for a multinational company in Pune for a few years but did not find the stint meaningful as he could not give back to society. That was when he decided he wanted to try making science interesting for students. His target was underprivileged children, who would otherwise not get such an opportunity. So, he started working with Seva Bharti Government Higher Primary School in Bengaluru as a robotics mentor. In an interview with The Times of India, he said,

"After completing my master's in engineering from IISc, I was into a well-paying job. That's when I started volunteering at government schools and in slums. I wanted to teach kids science, using practical and fun ways. During my three years in Pune, where I was working with an IT firm, I often wondered how children could take to loving science. In 2014, I came to Bengaluru.”

Last year, Sridhar's students, teamed up under the name 'Master Minds', took part in the RoboCup, a prestigious event where students from across the world showcase their talent. But this year it took place in Japan and the students could not afford it owing to the fact that their parents are daily wage labourers.

Sridhar did not want all their hard work to go waste, and so took it upon himself to crowdfund the money required so that the children could realise their dream. The crowdfunding fetched Rs 2.4 lakh, while the rest he contributed from his own pocket. While talking to Livemint about the students he mentors, he said,

“These children pick up anything that is practical and where they can use their hands. They were able to sustain their interest as they were able to apply every concept I taught them.”