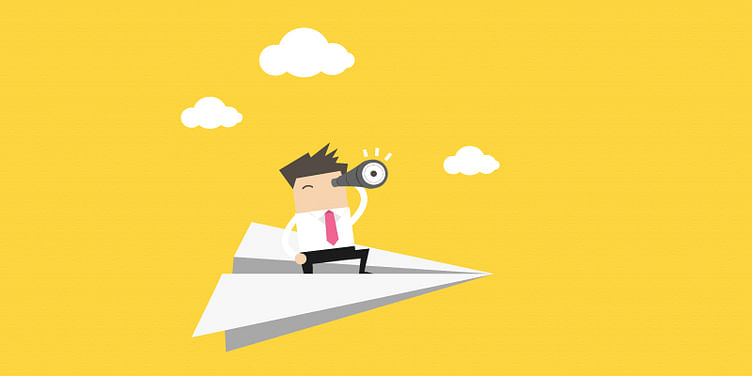 When looking for inspiration to set our entrepreneurial journeys on point, we look at different regions of success to guide our way forward. We get inspiration from Jeff Bezos, Mark Zuckerberg, Bill Gates and Warren Buffet, but we sometimes forget that some of the biggest companies run in the world are being managed by Indian-origin leaders. We have a huge network of hard-working change-leaders in the world and the message is clear – “India is changing the world today”. With these former employees-turned CEOs taking the reins at some of the biggest companies world-wide, here’s a bit more about their inspiring journeys.

We all know Sundar; he’s been at the helm of Google for many years now and taken over from Larry Page’s well executed ship and turned it into a scalable coherent and integrated offering in the ad-tech and innovation space in the world. He was born in Chennai in the 1972, where even at a young age he was fascinated by tech and hardware. His dad was his greatest inspiration behind his early curiosity, and he attributes that to his success in IIT-K and subsequently Stanford Engineering School. He started working on Google Chrome, and moved on to Google Toolbar and many other innovations that further enhanced the growth of the Chrome browser. He has handed the reigns of Android software in 2013, and then CEO of the company a few years later. What was his secret to success? - Being humble. He was always called the “nice guy” at work and everyone seemed to like him.

Satya Nadella, CEO of Microsoft since 2014.

After Steve Balmer stepped down from his duties. Satya has been a true company man, having worked in Microsoft since 1992 after he quit Sun Microsystems. Nadella born in Hyderabad, graduated from the University of Mangalore with a BSC in electrical engineering and was selected to study in United States. He earned two masters' degrees: one in Comp Sci, from the University of Wisconsin, and another as an MBA from the University of Chicago. With both universities, not-ivy league status, Satya made is a point to succeed in the corporate world no matter what. His secret to success has always been to learn more every day. He’s quoted as saying - “Always keep learning,” he told the Deccan Chronicle. “You stop doing useful things if you don’t learn.”

“Ajit Jain made more money for Berkshire Hathaway than I probably have” said Warren Buffet in his 53rd Annual General Meeting. High praise from the man himself. Getting over the sentiment of being “untested”, Ajit Jain quickly made tens of billions of dollars for the shareholders of Berkshire and made himself one of the go-to guys at Berkshire. “From a standing start in 1985, Ajit has created an insurance business with float of $37 billion and a large cumulative underwriting profit, a feat no other insurance CEO has come close to matching”, Warren mentioned further. Ajit graduated from IIT with a degree in mechanical engineering, after which he moved to the US in the late 1970s receive his MBA from Harvard Business School, and joined Berkshire Hathaway in 1985. He’s speculated to be the next CEO of the company and is set to be one of the most influential people in the world of insurance business, with his humble beginnings emerging from Orissa.

Ajit also established the Jain Foundation in 2005, a non-profit organization to cure limb-girdle muscular dystrophies which was a condition that Jain's son had at the time.

As the second most powerful woman in the world, Indra Nooyi is making Indians proud everywhere. Born in Chennai in 1955 in humble beginnings, Indra knew the value of hard-work. She’s now worth more than $150 Million. She was called a “wild child” according to those that knew her growing up, and she’s now taken that wild streak and converted it into the most successful story of a woman rising to power in the world. She completed her MBA from the Indian Institute of Management in Calcutta, and worked with Johnson & Johnson, then moving to the Yale School of Management to further her education and worked with Boston Consulting Group (BCG) before taking the role at PepsiCo. Her most proud accomplishment was earlier on in her career with Stayfree sanitary napkins. At that time advertising for feminine hygiene products was banned. Nooyi innovated quickly and introduced the products to girls by directly marketing to female students at schools and colleges.

As the president and CEO of MasterCard, a member of the U.S. President’s Advisory Committee for Trade Policy and Negotiations, and the longest-tenured chairman of the board of directors of the U.S.-India Business Council (USIBC), Ajay Banga is a prime example of remarkable talent meeting perseverance. Ajay recounts his early-life and career with a quote he learned from his then mentor and MD at Nestle “Don’t take no for answer. There is always a way to solve that problem if you don’t take it as a challenge it will not work out.” Ajay has followed this advice for his entire career and worked as the CEO of CitiGroup for many years before finally being at the head of MasterCard. In his opinion, one person can make all the difference in a company. That’s his mission and purpose in life.

Here’s a wonderful video where Ajay recounts his life experiences –