Innovation stories from India inc: Their story in their words 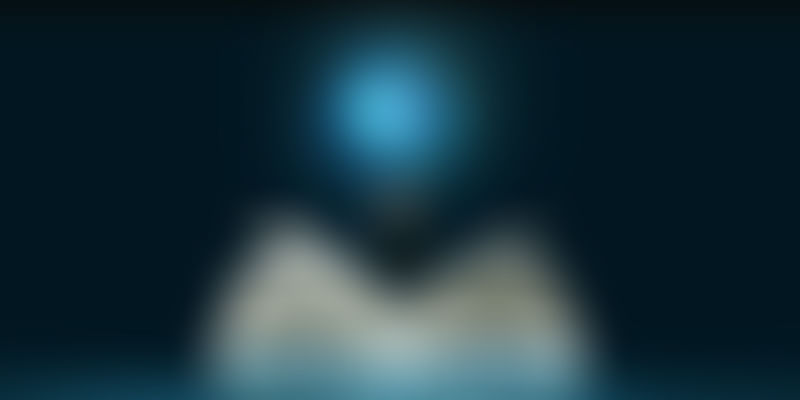 Vijay Menon's 'Innovation Stories from India Inc' goes beyond jugaad and behind the scenes with India's biggest entrepreneurs to know their innovation stories.

We live in a world that is in the throes of a technology revolution, often referred to in management circles, as Industry 4.0, led by artificial intelligence and automation. There is abundant literature available online on what this potentially means for the future of humanity and how we must respond to it. But, so quick has been the pace of progress with self-learning machines, that even the whiz kids of Silicon Valley have felt the jitters.

In this dramatic state of flux, with the biggest corporations playing a spirited game of one-upmanship against one another in a race for supremacy and global domination, it was particularly interesting to lay one's hands on a book that promised to tell stories of innovation from India Inc.

Chiefly because, as author Vijay Menon, a Bangalore based marketing and communications consultant rightly points out in the preface of the book, we rarely hear credible stories of disruptive innovation from the deep corridors of India Inc.

Menon's mission to uncover these stories, by getting a cross-section of India's biggest conglomerates, MNCs and startups to speak of their innovation ideology in their own distinctive voice, seemed at the outset both an admirable and an ambitious undertaking. Ambitious because the book contains interviews with a versatile mix of 23 incredible personalities, ranging from Ratan Tata and Adi Godrej to Biki Oberoi, Vijay Shekhar Sharma and Raghav Behl. And admirable because, assessing the views of India's movers and makers on the subject is critical to understanding whether Indian businesses are innovative enough in their thinking, to survive the onslaught of this brain-over-brawn, ideas-over-capital revolution sweeping the globe.

Despite its interesting premise though and the inroads the author makes with the who's who of the corporate world, the book disappoints sorely, faltering on execution, research and focus.

With 23 companies crammed into a mere 142 pages, what we get are superficial five page vignettes instead of well-fleshed out stories. Each of the chapters has a cursory introduction by the author followed by the company's innovation story told in its leader's own words. This leads to a great deal of inconsistency in the narrative, because clearly while some of them seem to have followed Menon's brief - to tell stories of innovation at their work place - others desultorily ramble on about everything under the sun, from lessons in leadership, to company culture and crisis management.

The chapter on Nestlé India for example, is a tedious retelling of how the company navigated the Maggi crisis to emerge stronger and more nimble footed. The one on Fabindia, is a self-attested score-card by its founder William Bissell, with little light on how India's much loved textiles brand innovated its supply chain to empower artisans and continues to innovate to build a socially sustainable business. Adi Godrej gives us a lowdown on how to efficiently tinker with balance-sheets and put in place an effective acquisition strategy, rather than any earth-shattering ideas he may have about making the Godrej Group a hub of ingenuity.

In the chapter on Tata Sons, Ratan Tata sheds some light on why it is so difficult to innovate in India, in the absence of an ingrained culture that fosters originality.There is little or no insight into how India's largest conglomerate is putting into place a system that nurtures big ideas. Innovista, the Tata Group Innovation Forum's annual programme, or Tata Motor's IMPACT design philosophy are thriving examples which Menon could have highlighted, but surprisingly doesn't.

The most glaring misses though are evident in the chapters on HDFC Bank, Infosys or Tata Motors (Commercial Vehicles). At a time when the traditional business models of each of these companies are being upturned by new advances in areas such as fintech, robotics and autonomous vehicles respectively, there is not a paragraph with any significant insight on what these new realities mean for these companies, and how they are tackling the changes.

There are decently told stories that stand out - Asian Paints, Dr Reddy's, Narayana Health- but they are too few and far between to make a credible impact. On the whole, the book is patchy, and suffers from the author's glaring inability to flesh out more from the protagonists.

What is more worrying though is that not one of the 23 luminaries featured in this book is able to move beyond expounding how they tinkered with incremental ideas on processes and products (repackaging coconut oil from tin to plastic may have been innovation 40 years ago, it isn't today!), to articulate a grand orbit-shifting vision to make Indian business more innovative.

And that possibly explains why India is still a long way off from having an Apple or Google come out of its shores.