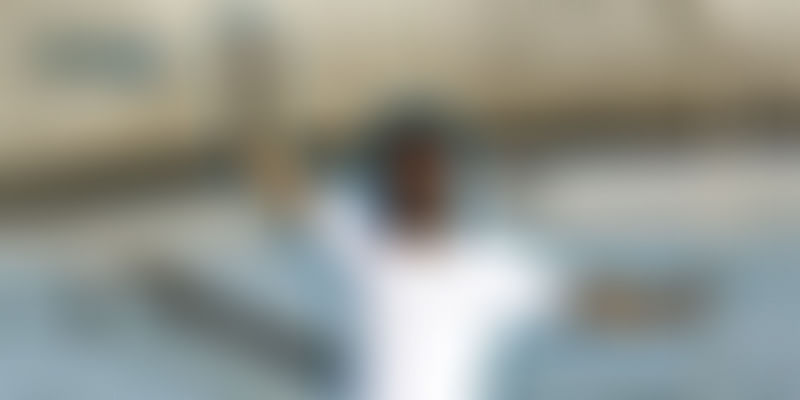 Meet Lieutenant Commander Abhilash Tomy, the first Indian to have completed a solo, nonstop and unassisted circumnavigation of the earth in 2012-2013.'

Who wouldn’t want to remain immortal through his/her body of work? Ultimately, every human seeks to be remembered; but to leave a mark so deeply rooted and engraved in the minds of millions falls nothing short of creating magic. It calls for undying dedication and noteworthy resilience. This journey of a man who has spent continuous months is inspirational enough to make us take hold of our destiny and turn it into the real deal.

Abhilash (39) comes from a background of farming — his grandparents from both sides are farmers in Kerala. According to Abhilash, they probably never ventured beyond their villages and adjacent cities until the early 80s.

As a result, his parents were born and brought up in villages. When his father moved to the city after joining the navy, Abhilash got to spend much of his life close to the sea in coastal towns. This was what drove him to join the navy once he was done with schooling, despite making though engineering and medical entrance exams.

“The reasons for joining the navy were many. For one, I was brought up on a staple diet of naval stories. Also, when I was young, there was a bunch of army officers who sailed around the world in a boat called Trishna. This too left a mark on me and inspired me to join the navy,” he shares.

Abhilash joined the navy right after school as a cadet at the Naval Academy. He was 17 years old then. Ever since, solo circumnavigation was what he dreamt of. The first opportunity came his way when he was 29 years old. “The navy started a solo circumnavigation programme called Sagar Parikrama in 2006. Capt Dilip Donde, SC (Retd) (then, a Commander), sailed the Mhadei around the world with four stops. This became the first solo circumnavigation by an Indian. I was a part of this expedition as his only shore support.”

Soon a breakthrough occurred for Abhilash when the navy wanted to do a solo nonstop circumnavigation. Abhilash was asked to be the skipper and without a minute's hesitation he accepted this opportunity. He started his journey from the Gateway of India at Mumbai and returned to the same point after a gap of 151 solitary days at sea, on the iconic Mhadei. “I started on the November 1, 2012 and returned on March 31, 2013, having sailed for 150 days and seven hours nonstop, a distance of 23,000 nautical miles.”

Sailing south of the Great Capes of the Southern Hemisphere, through the Indian, Pacific and Atlantic Oceans, without stopping anywhere, and without any aid or replenishment en route, Abhilash became the first Indian and 79th person in the world to have completed a solo, nonstop and unassisted circumnavigation of the earth.

From the scorching heat of the equator to the freezing cold of the southern oceans, the challenges Abhilash faced were innumerable. “After encountering two gale force winds a week after I crossed the Tropic of Capricorn, I came across the remnants of Cyclone Nilam just when I was departing Mumbai. Living through 70-knot storm off Cape of Good Hope with torn sails and running out of water with 15 days to go, I have learnt how to fight.”

In honour of this achievement, on the 6th of April, Abhilash was accorded a ceremonial reception by the President of India at the Gateway of India. He has also been awarded the Kirti Chakra, Tenzing Norgay National Adventure Award, and Mac Gregor Medal, among others.

From Saina to Sindhu: How Pullela Gopichand is helping Indian shuttlers stay on top of their game

In the hope to repeat greatness

Despite unimaginable struggles and lonely times at sea, Abhilash pictures his experience differently.

“Life at sea was never lonely. I enjoyed the absolute solitude and freedom it offered. It became a spiritual turning point for me,”he remarks.

However, his dreams to conquer the sea do not end here. Abhilash hopes to take part in the Golden Globe Race. “Almost 50 years ago, a race called the Sunday Times Golden Globe Race was held which created the record of the first human to circumnavigate the earth, solo and nonstop. His name is Sir Robin Knox-Johnston and he had built his trusted Suhaili in India before taking her to the race.”

This race was of immense significance as no one prior to that had ever sailed around the earth solo and nonstop. “Sir Robin’s achievement has not been equalled more than 100 times since then. Compare this to the fact that almost 6,000 people have summitted the Everest since 1953,” says Abhilash.

The Golden Globe Race of 2018 is being conducted for the first time since 1968. With Abhilash being the only Asian to be invited for the race, this is of immense importance to India. Abhilash, who does not prefer human company at sea, says that he is drawn to this race because it would offer a very close experience of the sea as it is one of the toughest feats to achieve, till date.

A success you can contribute to

Starting on the 30th of June next year, competitors will sail simple boats using basic equipment and navigate with sextants on paper charts, without electronic instruments or autopilots. Handwritten logs will help them determine the weather and only occasionally will they talk to loved ones, when long-range high frequency and ham radios allow so.

But with his first solo trip completely funded by the navy, Abhilash this time around has to raise money for all expenses. He has launched a crowdfunding campaign to offset a part of the expenditure on the race. “I need funding to build a boat, equip her with race-specific items, sail her to the start line in the UK which is almost 18,000 nautical miles from India, camp there for almost a month with my team.”

Apart from this, the money will be used to manage insurances, travel and salaries for the team, and food for a race that will last for almost 300 days. Abhilash is looking for all the assistance he can receive to take part in a race that costs Rs 7.5 crore. “At the moment, I am looking for sponsorship, which might or might not happen, but to keep the campaign alive I have dropped the figure to a mere Rs 1.5 crore,” he says.

With our help, Abhilash can not only make his dream true, but also take hold of this opportunity to put India in the spotlight.

“This is a story that would resonate with the spartan adventurer in each one of us. I hope these voyages begin to draw the attention of our youth to the sea. Only if one generation of our youth turned to the sea for adventure, we would be a completely different nation,” he says.