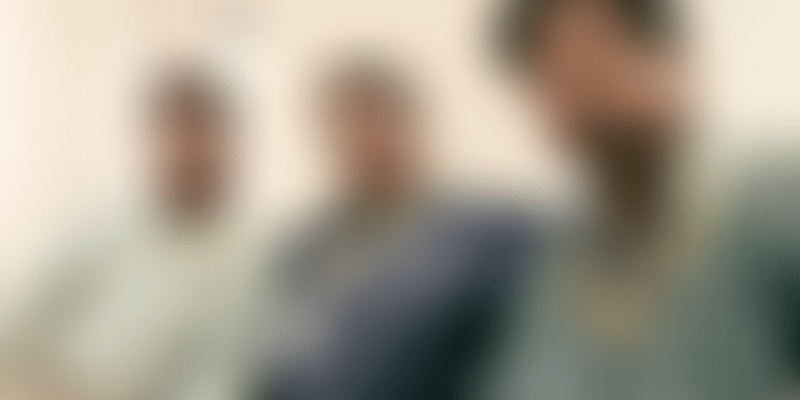 Banking on the small-city advantage, Nihar Ranjan started FlashDeal to bridge the gap between online users and offline channels

Bhubaneswar-based Nihar Ranjan regularly used Food Panda, but all he ever got was pizza – and that is not because of his love for it, but because there were only two restaurants listed on the food delivery app, and both served pizza.

Add to that there was the stipulation of a minimum Rs 500 order. Nihar wanted more, and here, we are not only talking about pizza!

Having been part of the corporate sector for 22 years with stints in Pfizer, Bajaj Allianz, Metlife, Stel Telecom and 3i Infotech, Nihar had found himself to be a misfit, and the entrepreneur in him wanted to find a solution to the lack of options for online users to exploit offline channels, and vice versa.

With Rs 11 lakh that he got from his provident fund, in January 2017, Nihar launched FlashDeal to bridge the gap between online users and offline businesses. The app aggregates offline deals, and sends them to online users based on location and interests.

The services offered range from groceries and spas, to food delivery and fine dining reservations, and even cab rentals. Altogether, FlashDeal has tied up with 173 retailers, and is targeting 357 by March 2018. It gets 14% commission from retailers for monthly sales, and also have an annual subscription fee of Rs 500 for retailers.

Life of an entrepreneur

“There was no support from any quarters,” says Nihar. “I have lost some friends and family; some of them don’t even talk to me when I call as they are afraid I may ask for money.”

Also, he says ‘big-time businessmen who talk big things in events’ do not really want another person competing with them - “Their support is only limited to lip service,” he says. He adds the biggest disappointment came from not receiving any help from TiE.

Cliched, but like they say, one closed door leads to open windows, Nihar found help in other sources. He met Zahid Akhtar and Malaya Bastia – co-founders of FlashDeal – on social media, and the three have been good friends for over six years. Zahid was a soft-skill expert and recruitment specialist, while Malaya was a freelance mobile app developer, and now handles the tech support, digital marketing, and SEO activities.

Nihar says he has learnt more over the last one year than what he did in his over two-decade corporate experience. “I have learnt not to depend on anyone; a lot of them only give hope, but when it comes to putting in money, they stop picking your calls and don’t bother to reply to your SMS. Be humble, honest and transparent in dealing with employees; they will be the key factor in building a world-class business,” he says.

Starting up away from metro cities

Based in a small town, connecting with venture capitalists was a major problem for FlashDeal, and thus funding to scale up has been tough to acquire. However, FlashDeal has been incubated in IIT Bhubaneswar as the ‘best innovative product’.

Nihar adds that though they get only the minimum support from IIT, the brand did help FlashDeal get publicity and recognition. FlashDeal hopes to expand to other cities once it raises an initial round of funding.

On the other hand, Nihar says being based out of his hometown has its advantages too.

“Our overhead expenses on infrastructure and manpower are low compared to Category A cities,” he says.

But the lack of a startup ecosystem in the city is a negative. “If a developer leaves, you can’t replace him for weeks,” he tells YourStory.

Currently, Nihar faces no competition in the state. “There are other similar products but they are focusing on a different market segment altogether,” he says.

FlashDeal’s team of 18 includes two marketing teams - one B2B that visits retailers, and another B2C that takes care of local level low-cost advertisement. The company has gained market and customer data from in-house market research.

Currently, FlashDeal outsources its tech needs, but as the business volume increases, it plans to switch in-house. Nihar claims FlashDeal has a gross revenue of Rs 50,000 per month and is growing fast. FlashDeal aims to be profitable in three years.

“We are trying to help the less privileged by helping them avail service and product which otherwise they would have able to afford, this will add social impact too,” he says, adding that with Flashdeal, multiple end users can benefit from by either reducing inventory wastages or getting benefit from dynamic pricing mechanism.

While its biggest competitor Nearbuy has received over $20 million in funding, the fact that it has not expanded beyond to metro cities gives FlashDeal an upper hand. FlashDeal is actively looking to raise investment now. With penetration of internet growing in tier 2 and tier 3 cities every day, FlashDeal is looking at a vibrant market.