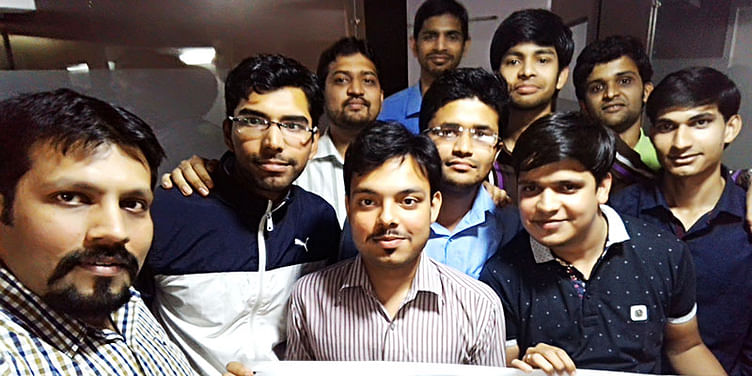 Think financial sector startup, and an easy assumption to make would be that the entity might call Mumbai or Bengaluru its base. However, for Manan Dixit, this was the very hurdle he wanted to cross.

A trip home to small town Khandwa in Madhya Pradesh brought in realisation about the limited access the populace had to digital technology, and planted the seed for UmojaPay. The payments gateway aims to reach out to the largely unbanked population in the interiors of India.

UmojaPay was founded in February 2015 in Indore, and is reaching out to the unbanked segment through its retailer and Point of Sale (PoS) network. UmojaPay enables digital transactions like bill payments, remittance facilities and mobile wallet, and value-added services (VAS) like recharges, and ticket bookings. The mobile wallet is currently only available on Android.

A former Tech Mahindra employee, Manan started UmojaPay with serial entrepreneur and family friend Ariff Manji. “When I came to Khandwa, the town didn’t have access to a digital economy in terms of e-commerce transactions, online payments, financial services or store digitisation. So, we did our pilot in a small village called Sihada (near Khandwa) with a population of 10,000,” says Manan.

Following demonetisation in November last year, digital payments have soared, and a report by The Economic Times said debit card transactions had surged to over 1 billion in January from 817 million last year. Yet, when it comes to rural India and Tier-4 towns, the scenario is entirely different.

Reports say around 19 percent of India’s population is still unbanked. Almost all of these people are based in remote areas with limited or no access to banks or the internet.

For 50-year-old Shankar from Sihada, a financial transaction meant a 15-km trek to the nearest bank, but not anymore. He now uses UmojaPay to pay for phone recharges, utility bills and even sends money to his daughter in Maharashtra.

To help people like Shankar discover, understand and use UmojaPay, the company set up physical kiosks which would explain how its e-wallet worked.

“When we establish a physical kiosk in a village, we try and install it in Panchayat premises so that a first level of trust is established with the village folk. Then, we hire a local person to handle the kiosk,” says Manan.

Once the kiosk attendant has completed basic training, he familiarizes the town folk with it and promotes it. “We also run promotional offers,” says Manan.

The company only puts up a kiosk in villages that have a population of at least 10,000 people. The kiosk operates for several days and people looking to make payments can do so at the kiosk with the attendant assisting them.

Having a footprint in over 50 villages in the state, the payments wallet today has over 80,000 users.

A majority of the users not being literate did not pose a barrier as even with, banking, the customers were accustomed to being assisted by bank personnel. With UmojaPay kiosks being set up in panchayats, the trust factor for the company was high.

“Our strength lies in offline facilities through offerings such as point-of-sale terminals that allow users to carry out banking transactions like cash deposit, account transfer and balance enquiry. There is lack of basic infrastructure like power, network in rural areas. So, we brought in India’s first solar-powered manned kiosks. These mobile kiosks are making available various kinds of financial services to people who are not familiar with technology and banking operations,” adds Ariff.

“Secondly, we are narrowing the gap of micro digital payment space by providing single platform for the merchants to accept payments, digitalise their operations and provide VAS services using Bharat QR Code,” he adds.

“For the rural and semi-urban population, we have a subscription-based cloud Point Of Sale Solution for the merchants through which they can digitise their entire store, collect payments digitally using QR Code and provide all the VAS to their customers. We get commission on per transaction made through this platform,” says Manan.

Most services are free for the end-users, but in certain cases, they charge a nominal amount. “We mainly get revenues from service providers,” he adds.

UmojaPay faces competition Oxigen and Suvidha, which operate in a in a similar space.

“We focus on rural and semi-urban population and make the most of it by using our offline and online payment and financial service solutions. Secondly, our competitors and online wallets are spending heavily to acquire customers but our acquisition model is through channel network and hence our operational and marketing costs are low,” says Ariff.

UmojaPay currently has a network of around 800 touch points spread across 50 villages and cities of Madhya Pradesh. It processes 15000-20000 transactions a month, with an average transaction size of Rs 70.

“We are mentored by the startup Rethinkers Accelerators who have advised us extensively in this direction. We have processed 150,000 transactions so far, and have been growing at the rate of 13 percent MoM,” claims Ariff.

India has about 948.54 million mobile phone subscribers as of September 2017, the second largest market in the world. Of this, 45 percent are from rural areas. Therefore, the scope of mobile payments is enormous in India. According to a Boston Consulting Groupstudy, the addressable digital payment market in India is likely to touch $500 billion by 2020.

UmojaPay aims to expand its reach to 10 states in the next 24 months, and a network of over 20,000touch points. “We also aim to establish micro ATMs in the near future,” adds Manan.