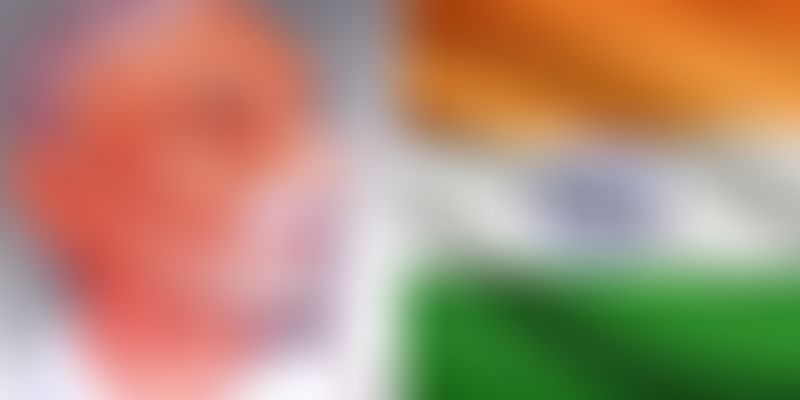 Pingali Venkiah gave his country what would eventually become a symbol and identity associated with independent India; an inevitable part of India’s history – the National Flag.

One individual may die. But that idea will, after his death, incarnate itself in a thousand lives - Netaji Subhash Chandra Bose

From pride to patriotism, the national flag signifies a lot of things, but few of us associate it with Pingali Venkiah, the man who designed it. After being disappointed by the sight of the Union Jack being hoisted, he took it as his life’s mission to design a flag for India.

Polyglot with a doctorate from AP

Born in 1878 in Krishna district of Andhra Pradesh, Venkiah was a polyglot with a doctorate in Geology. Apart from his mother tongue, he mastered Japanese, Urdu and Sanskrit. After completing his primary education in a local school, he went to Hindu High School in Machilipatnam to finish his schooling.

After finishing his education, inspired by Netaji Subash Chandra Bose, he joined the Indian Army and went on to fight the Boer War in Africa.

Venkiah met Mahatma Gandhi in Africa with whom he formed a bond that would last a lifetime. Though neither knew it then, it was this chance encounter that paved the way for Venkiah designing India’s National Flag.

Venkiah did not just fight for India’s freedom, but also sought to help people who faced problems under the colonial rule. Hence to help them and to support himself, he took a series of jobs - from working as a guard in railways to teaching in his home state, Andhra Pradesh.

In 1906, the 22nd session of the Indian National Congress took place in Kolkata where Venkiah was made an executive member. That is when he witnessed the Union Jack being hoisted and he was disappointed.

Determined to design the flag of free India, he spent the next five years researching flags extensively. After extensive research, he published a book, A National Flag For India that featured thirty designs for India’s National Flag.

The final version of Venkiah’s Flag had saffron and green colours to which Gandhi added the white stripe. Dharma Chakra, Wheel of Law was contributed by, Lala Hansraj, an Arya Samaj leader. The constituent assembly adopted the flag on July 22,1947.

Forgotten after independence, left to die in poverty

After independence, Venkiah settled down in Nellore where he explored his interest in gemology. It is said that he had knowledge about all kinds of stones that were available in different parts of the country because of his frequent field visits.

Sometime later he married Rukmaniamma and they had a daughter, Ghantasala Sitamahalakshmi. He died in 1963 in Vijayawada in extreme poverty.

In 1998, more than thirty years after his death, half-a-century after independence, a statue was built in his memory in his village Bhatlapenumarru. A postage stamp was also released in his honour in 2009.

Venkiah’s name was recommended for the Bharat Ratna by the Andhra Pradesh government in 2012, but he did not receive it.

Pingali Venkiah gave his country what would eventually become a symbol and identity associated with independent India; an inevitable part of India’s history.

It may be too late… but let’s respect the man by honouring his memories.