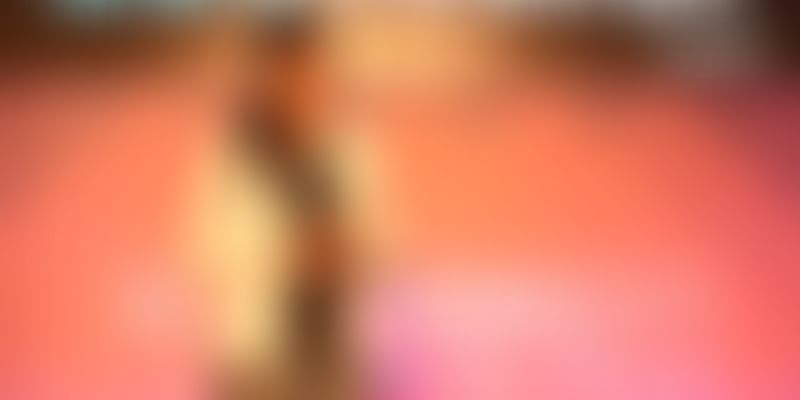 Sheelika Ravishankar spoke at TechSparks on how Team Indus is working for ‘har Indian ka moonshot’.

In March 2018, just six months from now, the Indian flag could be unfurled on the moon, thanks to the untiring efforts of Team Indus. Sheelika Ravishankar, who has the Star Wars inspired designation of Jedi Master, Marketing and Outreach, explained what drives the team forward every day — “Tomorrow’s solutions will come when we break away from the dogmas of the past, collaborate by questioning what is, and merge the old with the new in inspiring ways.”

Team Indus is a Bengaluru-based startup which is in the race to win the coveted Google Lunar X Prize. It’s the only team from India taking part in the “Moon 2.0” challenge that calls for participating teams to design and land a rover on the moon. The contest requires the rover to travel more than 500 metres on the lunar surface and send feedback to earth to be deemed successful.

In 2007, Team Indus started competing with 29 teams from 17 countries for the $20 million grand prize. $5 million for the second prize, and $5 million as the bonus prize. In January 2015, Team Indus became one of the five finalists to be awarded $1 million for successfully completing a test of their landing system.

The team has created the in-house all-terrain rover ECA (weighing just 6 kg) which will land on the moon along with the spacecraft weighing 600 kg. Some of the other teams came up with spacecraft weighing more than a tonne, but when it comes to technology, less is often more. By creating compact spacecraft, Team Indus was able to boost efficiency and also reduce costs. The team is the also the only private company to have signed a contract for launching their spacecraft on ISRO’s PSLV (Polar Satellite Launch Vehicle) from Sriharikota.

Our biggest learning has been that there is never a right time, you have to create the right time.

It is to the Indian team’s credit that the Japanese team, which doesn’t have a PSLV contract, will be sending their rover with Team Indus. For those who are curious, the trip to the moon is going to be a 110-hour journey.

Also read: These five women from Team Indus are working to take India to the moon

A few lucky people will be chosen to join the team in the control room, to watch the launch from Sriharikota. Since the rover will be on the moon for 14 days of surface operation, anyone at the command centre can also have the privilege of manning the rover’s path. Only American, Russian and Chinese Space agencies have landed on the moon till date.

Sheelika said, “While we expect stiff competition from Israel, we are hoping to be the fourth nation after the US, Russia, and China to land gently on the lunar surface and unfurl its national flag.”

From a handful of people who had no idea how to conduct space missions, the team has grown into a confident and able group of 130 now.

Sheelika’s own journey with Team Indus is quite interesting. She is the only non-engineer in the team other than a few support staff. “Even our HR person is an engineer,” she said. Sheelika had over two decades of work experience and was looking to do something different when she met Rahul Narayan, Co-founder of Team Indus. She started by helping out two hours a week, which became five hours twice a week, and eventually full seven days of the week.

What has kept her driven these past four years is the fact that a bunch of ordinary people are doing extraordinary stuff.

You don’t go to the moon every day. This is a mission that draws you in.

According to Sheelika, the primary challenge for the team was funding. “If Team Indus doesn’t happen, then for the next ten years we won’t get another Team Indus because people will feel that the system just can’t work. It would have been a shame if this mission had not gotten through because we were unable to raise money.”