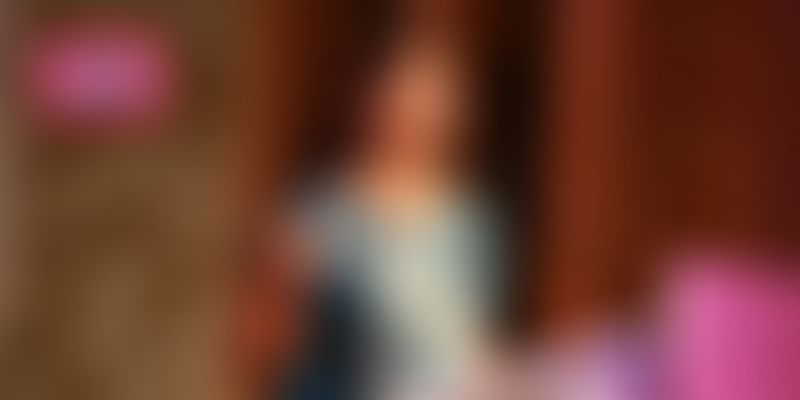 A house or office completely off the power grid and catering to its own energy needs sounds futuristic, but can now be a reality, thanks to Oorjan Cleantech.

The Mumbai-based startup offers solutions to set up and maintain solar panels for households and businesses with an aim to take solar energy to the maximum number of people. To that end, it offers flexible design options, and most importantly, helping with securing financing.

The firm incorporates the latest in technology, which helps reduce the initial capital requirements. With growing awareness for green sources of energy, innovations in the sector are making it less expensive and easier to make the shift. Gone are the days of bulky solar panels as compact systems are bolstering the potential of this sector. Innovative designs, like a solar sheet that could just be pasted onto a window, are expected to enter the market soon.

Founded by IIT Bombay alumni Roli Gupta, 41, and Gautam Das, 43, in November 2014, Oorjan is operational in four cities – Mumbai, Pune, Bengaluru and Chennai. Hrishikesh Deshpande, 39, is also a part of the core team and brings in the technical expertise. Roli says with a laugh, “If you look at our backgrounds, we hail from the three segments that make up Oorjan – cleantech, fintech and IoT!”

In conversation with Roli at the recently concluded TechSparks (YourStory’s flagship event that chose 30 promising tech startups including Oorjan) she says,

It’s 2017, and it’s crazy that we are still dealing with power cuts, sometimes for several hours a day! We are giving people an alternate, dependable source of power. Also, most people want to use clean energy, but do not know how to go about it. This is where Oorjan steps in.

Power plant on a balcony

Oorjan’s rooftop PV (photovoltaic) systems can be installed on roofs or in shade-free balconies of around 300 to 500 sq ft. The Oorjan IoT-based app allows customers to keep watch on the system’s performance, and receive notifications on issues or regular maintenance. The app is powered by an integrated tech stack, and the data generated improves algorithms.

For instance, if a system is not performing at par because something has fallen on it or due to accumulated dust, the app sends an alert to the customer. The data also computes the usage and efficiency in a particular neighbourhood, providing prospective customers the opportunity to make informed decisions before signing up with Oorjan.

The size of a solar energy producing system, and in turn its cost, depends on the weather pattern of the area. The Oorjan team computes the size, and thereby the cost, using algorithms driven by geospatial information, weather APIs (application programme interfaces), solar irradiation data and customer electricity consumption and offers the customer the lowest possible pricing option. Since it is a one-time investment, customers can opt for loans and pay off the EMI over a few years. Oorjan partners with IDBI bank and also facilitates in securing central as well as state government subsidies for customers.

Powering up rain or shine

Though most of Oorjan’s clients are independent houses and business establishments, the company is trying to bring apartments into the fold. Roli says, “In fact, just one bedroom in an apartment can go off the grid, which will become a green room and will be unaffected by power cuts.”

While existing houses can transition to solar energy either partially or fully, new homes can have a planned start. On the system’s efficiency during monsoons, Roli says,

There is a lot of flexibility when it comes to solar energy. Many housing societies are adopting it to light up common areas and run lifts and pumps. Some houses have a solar nook with a fan, light and a charging point.

Oorjan was selected among the Top-10 Technology startups led by women in India by the Anita Borg Foundation and Government of India. The solar startup has a team of 13 spread over two cities, with partners in another two who handle deployment and maintenance. It is with this partnership model that the team plans to scale up to newer geographies. The team has completed around 70 projects till date, and estimates revenues for 2017-18 at 15 crore rupees. Oorjan has raised angel and seed investment of $450,000 from Globevestor among others, and is looking to raise its next round of funding to enable scaling up plans.