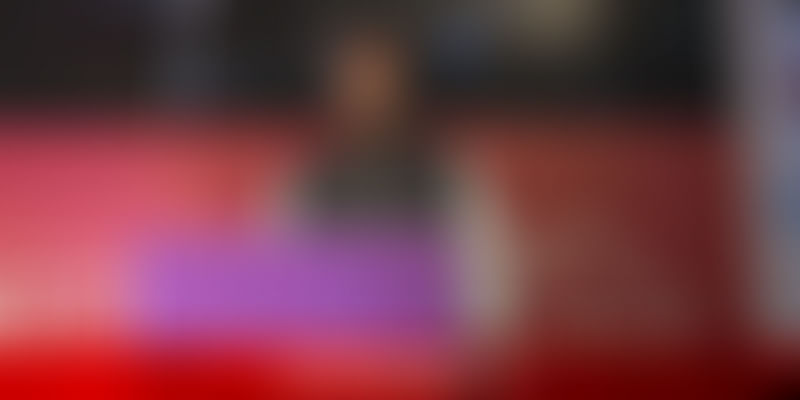 Stating that Karnataka remains committed to startups, IT and BT Minister Priyank Kharge in his keynote address says every entrepreneur and every idea 'matters'.

Priyank Kharge, Minister, IT and BT, Sci-tech and Tourism, Government of Karnataka, kick-started TechSparks 2017 on Friday, September 22, with a quote by famous playwright George Bernard Shaw.

Speaking at the eighth edition of YourStory's flagship annual event, Kharge said: “All of you do matter, every single idea matters and the Government of Karnataka is committed to policy and execution.”

The two-day event will see conversations and idea-sharing across a gamut of areas, including financial technology, e-commerce, fashion, artificial intelligence and Internet of Things.

Presenting the welcome note, Shradha Sharma, Founder and CEO of YourStory, emphasised on the theme of Make It Matter, and said it was important for startups and entrepreneurs to realise they do matter in the scheme of things.

Kharge said the state was supportive of the startup ecosystem. “We are the only state government to disburse Rs 35 crores to startups,” he said. However, he cautioned entrepreneurs to introspect and not become “reckless” and “fancy” that often leads to cash burn.

“Even after funding, startups run out of money quickly as they indulge in reckless spending.”

“Any platform should connect startups to governments and corporates. How do we provide an environment for fearless entrepreneurs to succeed? These are the questions I ask myself,” Kharge said. He added that if he, as a minister, needed to be a winner he had to ensure that he was a leader in innovation.

“We are trying to go beyond Bengaluru and reach all other cities in Karnataka. The policy allows ideation and this fosters innovation,” he said.

“I have a lot of pressure to ensure that startups don’t fail,” he said. Talking about what plagues startups, Priyank Kharge said, that is because:

The Government of Karnataka will set up an AI, Machine Learning and Big Data Centre, powered by corporate giants likes IBM, NVIdea, Intel and Microsoft, by the end of the year. It also has plans to set up a cyber security centre by the end of 2017 and a large EV manufacturing facility by the end of the financial year.

“Entrepreneurs are the change. Being an entrepreneur is a difficult thing, for being the change you will encounter a lot of problems. It is a very lonely journey,” said Kharge, encouraging founders not to give up.

The audience, which was enthralled by the minister’s diction, quizzed him about accessing the Government of Karnataka’s startup programme. “My email is accessible and I will ensure that everyone gets access to government,” Kharge replied.

The government is active in places other than Bengaluru as well. “We run a new-age incubation network for engineering colleges, offering up to Rs 40 lakhs for 10 experiments. We have closed 180 projects, incorporated 60 companies and have 12 patents,” Kharge said.

He also told the audience that centres for hardware and electronics are being set up in Belgavi, Hubli, Mangaluru and Gulbarga.

He joked that if this pace of execution has to continue, his government should be voted back in.

“A lot of states copy our policy. But the IT and the startup ecosystem is thriving in Karnataka and we plan to stay ahead,” Kharge signed off.

There's a lot happening over the next two days at TechSparks, India’s premier startup conference and showcase. Here's why you must attend TechSparks 2017!