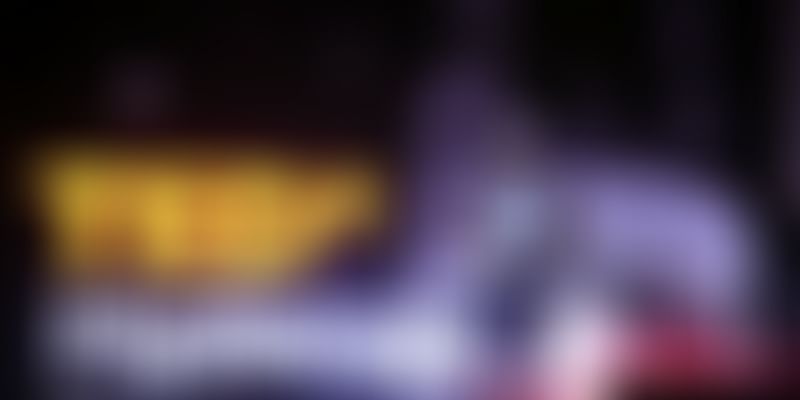 Twenty-seven-year-old Anshul Sinha, with 42 films and 104 national and international awards in his bag, employed filmmaking to address important issues.

Anshul Sinha’s story is fraught with difficulties and hurdles, but what stands out in this 27-year-old’s journey is his relentless pursuit to achieving what he set out to do, come hell or high water.

Born in Hyderabad and brought up in the city of Mumbai, Anshul is an MBA graduate. After MBA, Anshul joined a local news channel as a programme producer, where he made 20 documentaries based on different subjects like bio-medical waste, sixth sense technology, and recycling of e-waste. While he was at it, he was struggling to find people to produce his first film Gateway to Heaven and hence he took it upon himself to fund his project. He joined a call centre job in HSBC, worked on night shifts, and managed to produce the film.

During the process of making Gateway to Heaven, he was doing investigative journalism, tracking an operation on corpse trading in Hyderabad. Unclaimed bodies went missing in the city and Anshul went after the story, involving himself in about 30 sting operations. The film went on to receive several international awards, accolades and recognitions and the prize money flew in. He used this fund to produce some of his films.

Gateway to Heaven is about a man who had completed the last rites of 12,000 unclaimed bodies. It took him almost two years to make this film. The experience, however, left a deep impact on Anshul, with him having to battle depression and death threats. Speaking with YourStory, he said,

"The bodies, after traded, were discarded like garbage. I shot several visuals of this operation and after watching all of this closely, I had nightmares. I went into depression, my superiors at work told me I was mentally unfit."

After a 16-month stint with HSBC and a three-month one with Accenture, Anshul bid adieu to his IT career. He started to focus on full-time film-making. Parallelly, Gateway to Heaven was starting to make the right noise and the media got a whiff of it. Anshul’s name reached the inner circles of film fraternities and organisations. He was nominated as a TED speaker and found himself on stage at TEDx Hyderabad in 2015. At the event, he had the chance to meet GV Ramanjaneyulu, Executive Director, Centre for Sustainable Agriculture, who was also on the panel of speakers.

Agrarian crisis and farmer suicides grabbed Anshul’s attention, so much so that it became an obsession. He was moved by the burning issue and decided to do what he does best: bring the issue under the lens. Dr. Raman, who was intrigued by Anshul’s work with ‘Gateway to Heaven’, offered to collaborate with him for what turned out to be a magnum opus: ‘Mitti - Back to the Roots’.

For someone who did not know anything about agriculture and the problems faced by farmers in the country, Anshul was moved after he read about farmer suicides on the newspapers on a daily basis. He joined Rythu Swarajya Vedika, which had been working on researching farmer suicides and agrarian crisis for seven years. He went on to interact with plenty of activists, and interviewed families of the farmers who committed suicides.

"In this research, I learnt that there are three major problems - economical crisis, ecological crisis, social crisis. I got to jot down 26 several issues that are leading to deaths of farmers in the country, and started working on my film Mitti - Back to the Roots. The film is a result of more than a year’s research on the farm crisis, farmer suicides, pesticide poisoning, land grab and several other issues pushing farming into crisis."

The 120-minute film is crowd-funded, with 120 donors, who are referred to as ‘Farmer Champions’ by the crew. With no support for the release in India, the crew, along with Anshul, is passionately trying whatever they can to bring it to people, and through these attempts, the film is going to be screened in the US this December.

Anshul is now unemployed and is on the search for a new job to fund his film projects.

"Life isn’t easy for indie filmmakers. I have been unemployed for the last 10 months. I don’t see it as a sacrifice, but some good I attempt to bring to the society through my films. I hope I will find a job soon."