Bengaluru has received its annual share of rain in the past 2 months: more flash floods coming? 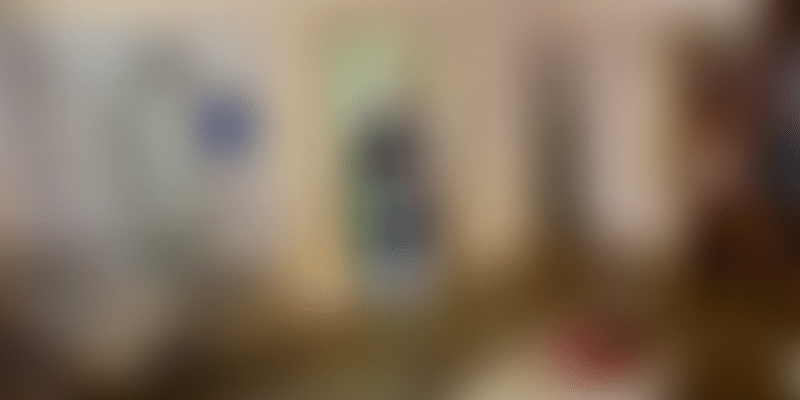 As rains continue to lash Bengaluru, the shortcomings in its drainage and road infrastructure stand exposed. We find out if the city is flood-safe.

The silicon city’s elevated location at about 900 metres above mean sea level (MSL) is often used as a logical reason to assume that it is immune to floods. However, the late onset of monsoons this year and the incessant October rains in the city have proved otherwise.

Storm water drains flowing like rivers, submerged roads, and inundated residential areas in several parts of the city have left Bengalureans in the lurch. Further, huge traffic jams and deadly potholes have made office-goers dread their regular commutes.

Touted as the ‘garden city of India’, Bengaluru records an average of 960–980 mm of rainfall every year. Surprisingly, the city has already a received around 900 mm of rain in the past two months alone, making it an “extreme condition,” according to Shubha Avinash, the project scientist heading the department of hydrology at Karnataka State National Disaster Monitoring Centre (KSNDMC).

“Bengaluru is situated at an elevation of 920 metres above MSL, making it naturally immune to heavy flooding unlike low-lying metros of Chennai and Mumbai. However, in the recent past, illegal encroachments leading to loss of water bodies and wetlands has contributed to an imminent risk of flooding whenever the city records high-intensity rainfall. In a way, it is rapid urbanisation that has made the city vulnerable to urban flash floods,” says Shubha.

Earlier this year, KSNDMC had instructed the Bruhat Bengaluru Mahanagara Palike (BBMP) to remodel storm water drains or ‘rajakaluves’ to allow for better drainage of excess rainwater. “The storm water drains in the city are quite old. They were designed long ago based on redundant manuals and clearly cannot bear the brunt of the city, which has expanded manifold in the past decade. Though we had suggested remodelling of these drains in some outer areas, it’s only partially done as the effort is quite a tedious one,” Shubha says. “In this regard, urban planners need to give some serious thought to revamping Bengaluru’s draining patterns,” she further reiterates.

However, this is not the first time the city has witnessed such unprecedented rains. So, what else has changed apart from the drainage patterns?

“It’s also the faulty architecture practices giving way to a rising temperature gradient in the city. The IT hubs and office spaces follow a particular style of architecture that uses glass panels extensively. Such a trend contributes towards a temperature gradient where urban heat islands are created. This further influences the variability in rain across the city,” Shubha explains.

“And that’s how South and East Bengaluru, which have a greater concentration of high-rises in a single stretch, receive more rainfall than the much greener northern suburbs,” she adds.

Continuous rains for two days can completely flood the city

Recently, Bengaluru received record-breaking rains on the eve of Independence Day. Bengalureans woke up to flooded homes, submerged roads, and vehicles floating on the streets. The city received a massive 129 mm of rain in the wee hours of August 15, making it the worst rains in a single day since 1890. “We couldn’t predict the intensity of those rains due to lack of advanced technology. Radars that warn of sudden circulation and depression in weather are still yet to be installed, ” says Shubha.

Currently, KSNDMC provides alerts about flood patterns to various authorities like BBMP and concerned disaster management response teams six–eight hours in advance. “We soon plan to extend these alerts to the public as well,” shares Shubha.

So, what’s the worst Bengaluru can expect? According to Shubha,

“There’s no way to tell. But sudden downpours like the one we witnessed on August 15 can prove costly to the city, which has extended in an unplanned fashion in every direction. Continuous rains like that for more than two days can completely flood a metro city like Bengaluru.”

“Bengaluru is saturated and should stop expanding,” she opines, adding that, “growing population, urbanisation, and drastic climate change have all influenced the urban flooding crisis the city faces every now and then.”

Unfortunately, there are multiple limitations for megacities like Bengaluru when it comes to disaster preparedness. “Everyone talks when they are vulnerable, or people seldom bother. The same person who complains about flood waters entering his house would have violated many rules while building one. This attitude needs to vanish,” concludes Shubha stressing how city dwellers need to take better care in strictly adhering to ecological best practices like rain water harvesting and conservation.