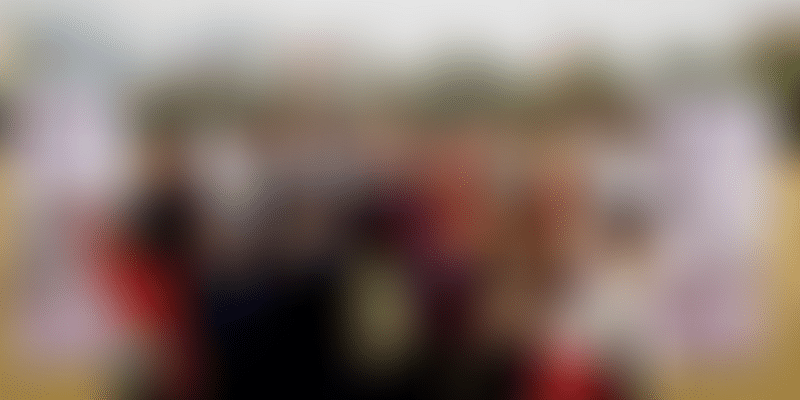 In 2012, Bhaichung Bhutia established Indian Football Foundation (IFF) to discover and nurture young footballers between the ages of seven and 19. The goal is to benefit both the player and the sport.

Back in the day, when Bhaichung Bhutia had begun to be a household name, I watched young boys being trained with the ball in a lush green field in Sikkim. That was Bhaichung Bhutia Football Schools (BBFS), a sister concern that supports IFF, set up by Bhaichung, Kishore Gam Taid, and Anurag Khilnaini.

IFF’s vision is to provide sustained support in sport and other development to footballers aged seven to 19. Coaches and teachers, too, are given necessary training so that these youngsters can be honed to the fullest. So far, three of IFF’s boys — Sayak Barai, Anuj Kumar, and Rohit Kumar — have represented India in football. A student of BBFS, Kshitij Kumar Singh has been selected to represent the NEC Nijmegen U-15 academy team in Holland after appearing for a trial with the club in 2017.

I am cognizant of the current unhealthy state of professional and youth football in India. I feel it is my duty to undertake this responsibility to bring a fundamental change and ensure young talent is nurtured in the best possible manner. IFF is a step in this direction as it will provide those opportunities to the most talented players irrespective of their socio-economic background, says Bhaichung.

More than just a game

IFF currently has 25 players aged between seven and 19. It functions out of Delhi, and provides financial support and mentorship to urban, disadvantaged boys who are scouted from various local clubs and schools. IFF and BBFS has a team of 10 football scouts, some of whom are certified by All India Football Foundation (AIFF) or employed by AIFF for selection of the national team. Scouting hubs include Uttarakhand, Sikkim, Manipur, West Bengal, and Odisha. Apart from that, players are also brought in from areas close to the training centres in Hauz Khas and Noida until the foundation is equipped with residential facilities.

Funds are raised to aid underprivileged young footballers with a 100 percent scholarship to provide them with quality coaching through BBFS. Over 100 scholars have been scouted so far and given training free of cost in Delhi/NCR, Mumbai, Chandigarh, and Jammu. The scholarship covers football training, exposure camps, and required medical facilities.

Many a time, boys drop out of the training programme because of injury, lack of family support, and other reasons. Such students are helped in getting admission in colleges through sports quota, or are hired by the foundation as coaches and trainers, or in the operations and management team.

In the name of sport

IFF also coaches women footballers. More than 30 girls have already been trained, and the U-17 team secured third position in the Oorja Cup held at the Jawaharlal Nehru Stadium in New Delhi in 2017.

The aim of IFF is all-round development of football as a sport as well as its players and coaches. For this, mentorship and training programmes have been organised for IFF’s coaches. In April 2013, IFF supported 14 coaches by sponsoring the registration fees of their AIFF ‘D’ Licence Certificate Course and 16 In October 2013 by sponsoring the registration fees of their AFC ‘C’ Licence Certificate Course. In association with BBFS, IFF has also organised five development workshops for coaches in Delhi, Mumbai, Chandigarh, and Jammu in the last 15 months.

Through its partnership with Teach for India, IFF conducts workshops for children and has organised a day-long football tournament for children of 30 government schools in Delhi. The foundation aims to take this partnership forward and train TFI fellows who would, in turn, initiate such training in their own schools. This, it is convinced, will help it find more deserving footballers for its scholarship programme.

The organisation is conducting a crowdfunding campaign for the 25 scholars it presently trains. The money will be used to pay for medical insurance, kits, exposure camps, and coaches’ salaries, among other things.

In the future, IFF dreams of extending its reach by setting up a residential academy where about 60 players will be hosted through the scholarship programme for a five-year training period so that they can excel in professional football and play for the national team.