Bhavin Turakhia’s Flock believes that the $143.94 B communications market has space for all 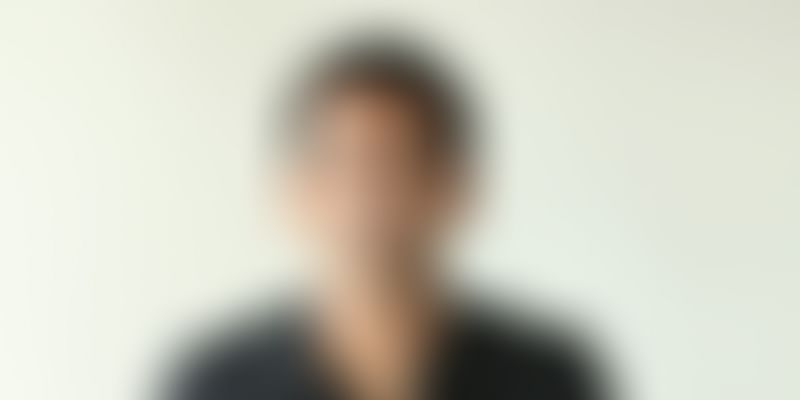 “It isn’t necessary to be the first in the market or the one with the deepest pockets. What is important is that is there a market for what you are building!” quips Bhavin Turakhia, Co-founder of Directi and the Founder and CEO of Flock. At 7 pm, it is the end of a day-long session that delves into the workings of Flock, a real-time team messaging and collaboration platform at the Flock office, Mumbai.

For someone who started coding at nine and co-founded Directi with his brother, Divyank Turakhia Flock is a significant step forward. Like he mentioned, Flock isn’t the first of its kind enterprise and team messaging app; there are already several strong and established players, like Facebook Workplace, TeamChat, Slack, Yammer, HipChat, and Skype, to name a few. Besides, according to Grand View Research, the unified communications market is in fact believed to be worth $143.94 billion by 2024.

“Nor are we competing against Slack. The market is big enough to have several players,” explains Bhavin.

The towering Directi office at Andheri is one of the Flock offices in India; and also has offices in San Francisco and Dubai. The meeting and conference rooms are named after Harry Potter, Lord of the Rings, and Game of Thrones.

The workings of the app

People today are used to the idea of using multiple apps for their different needs and requirements. However, the team at Flock believes that with this app one can get rid of the cumbersome process of reaching multiple different touch points. It claims Flock to be a one-stop shop for all enterprise communication needs.

It has internal chat processes to help people discuss various ideas. It has channels and groups, where you can add multiple people, discuss different jobs and tasks. Flock also has other tools like polls, reminders, favourites, notes, to-do lists, and a google drive integration.

With Flock, everyone in the organisation is in one place. Users easily receive and respond to notifications from all other apps within Flock. This is unlike other enterprise team messengers, as apart from allowing other app notifications, one can respond to them via Flock.

At present, there are over 60 apps that can be integrated seamlessly within Flock. For example, the Uber app has been integrated with Flock, where users can book and track their rides from within the conversations.

Several tech platforms that have reviewed Flock add that, while Flock is great for app and software developers as well, one of its key benefits is that any user is free to create apps for Flock, and can choose to make it public or keep it private. One can build bots and integrations via the FlockOS. It offers Java, Python and node.js SDKs for developers.

Pricing as a differentiator

One of the key differentiators for Flock, when compared to other platforms, is the pricing. Flock is free for use, and its Pro Plan is at Rs 200 per month per user. It also has a customisable plan according to the requirements.

Talking to a group of tech bloggers and writers, the Flock team is breaking out the different aspects of the platform that aid office communications. But I am a little sceptical – Intra office communications have always been challenging and no matter what modes of communications or technology one chooses to use, people at office revert only to emails, and in some cases, to WhatsApp messages.

“It is a big behavioural change. People are used to working and communicating in a certain way. We are asking them to shift that form of communication and look at something different,” explains Ninad Raval, VP Product and Design, Flock. He adds that in order to do so, one has to ensure that the technology is simple and easier to use.

“We at Flock have both a bottom-up and a top-down approach. And that is the differentiator, more than the pricing. We ensure that we go and meet CIOs to convince them as to how software and tools will help their entire organisation and increase productivity. From a bottom-up approach, we have people who themselves can create a team and start using it and then they become internal advocates”.

Not necessarily the biggest player in the field

Recently, Slack raised $250 million funding at a whopping valuation of $5 billion. Compared to this, Flock has pumped in a total of $45 million into the company. “In case you happen to be one of the people who are already using Slack, you aren’t our consumers. Today, there are several small and medium-sized businesses that use emails and WhatsApp as communication tools – our job is to convert those people,” explains Ninad.

Flock has a team of over 150 people, and over 70 percent of them have technical know-how. The app was born out of Bhavin’s passion for enterprise productivity. The 11 companies he had co-founded or has founded earlier, achieved growth and scale with limited people and no external funding.

With its presence in Brazil, India, Spain, Russian, the US, and the UK, Flock is used by over 25,000 companies. Some of the company’s clients include Gini & Jony, Ricoh, Victorinox, Tim Hortons, Yepme, Whirlpool, and 1mg.

Starting up a decade ago, the team at Directi (part of Bhavin and Divyank Turakhia’s group of companies) had started using Jabber and their own internal messengers for collaboration and work. Ninad explains that at that time itself, the need for an internal communications tool was great; today the need is stronger.

Organisations and teams across various industry verticals now adopt different tools and strategies to optimise productivity. A unified communication system like Slack, Flock, Yammer or even Facebook Workplace enables real-time communications within an organisation and even outside, eliminating delays.

“The idea of a tool like Flock is to increase efficiency and transparency,” adds Bhavin. He isn’t too worried about entering a crowded marketspace – he in fact adds that there was Internet Explorer before Firefox and Chrome, BBM existed before WhatsApp.

“Every product has multiple providers. It is about who provides a better solution. Everybody, who switched over from Slack to Flock, has said it is much more intuitive, easier to use and adapt to, and has a far better user experience and performance than Slack.”

Organisations today work differently from a decade ago. Gone are the days of working in silos; it is an age of collaboration now, with Facebook, messengers, email, and taskboards. Bhavin notes that 80 percent of the work done today is via devices, more in the form of communication and collaboration.

“In many ways, I believe that the next big operating device that will govern us will be chat and messaging. Everything that we do in an organisation, whether it is simple workflows, organising meetings, assigning tasks, discussing updates, booking conference rooms, conducting polls, sending project updates, all will take place as workflows, or apps layered on top of an instant messenger,” explains Bhavin.