Is hydropower as clean, green and renewable as it is touted to be? 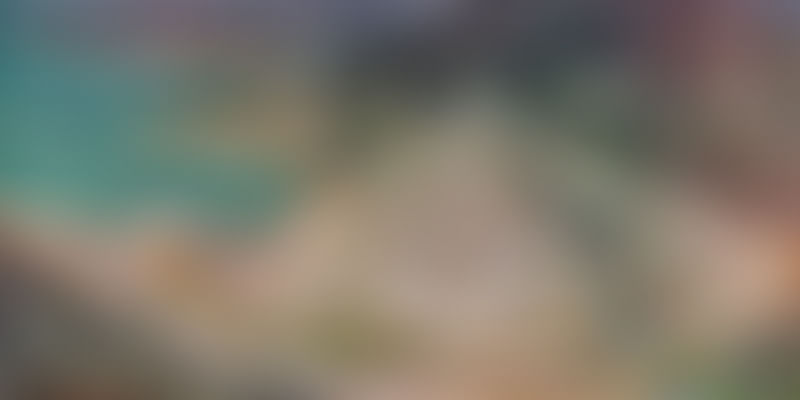 Hydro energy is a leading source of power in India, but with severe water crisis looming large, isn't it time we look at other renewable energy options?

Despite the severe water management crisis India is going through, hydro energy continues to be the second leading source of power, next only to thermal-based energy in the country.

But how sustainable is hydropower? Is it clean, green and renewable, as many experts say? Will moving away from hydropower reduce our carbon footprint in the years to come?

India’s hydropower potential stands at 84,000 megawatt (MW) at 60 percent load factor while the sector’s installed capacity is 42,623.42 MW for large hydro and 4,147 MW for small hydro, according to data from Central Electricity Authority as on December 31, 2015. This amounts to 16.45 percent of the total installed capacity of 2,84,303.39 MW. In India, hydropower plants operate at barely 32 percent of their capacity.

Large dams are advocated by many to meet water and energy scarcity. As per the International Hydropower Association’s response in an article by G. Venkatesh titled, Renewable, But Is It Sustainable?, India ranks fourth in the world, behind Russia, China and Canada, in terms of hydropower potential that is yet to be developed.

In the article, he writes, “On the basis of proportional use of hydropower potential, India has developed far less than the norm for the developed world… Much of the undeveloped potential is in the northern and northeastern states along the southern Himalayas.”

Debadityo Sinha, a Delhi-based conservation activist and filmmaker, says, “Hydropower is seen as clean in terms of air pollution, but the ecological impact of any dam on a river is immense, irreparable and long lasting. The government just sees the direct cost-benefit ratio in terms of money invested and the revenue generated and assumes all negative impacts can be mitigated through technology and compensation, which is really unfortunate.”

Indore-based social activist and development researcher, Rahul Banerjee, feels that a “large hydropower dam underperforms its stated installed capacity because the actual flow in the river is much less than the design flows due to continuous deforestation in the catchments of the rivers”. “Deforestation also results in an increase in the silt load, which reduces storage capacity and life of these dams. Besides, there are many other environmental and social costs associated with large hydropower dams, all of which affect its sustainability.”

Bharat Lal Seth, South Asia program coordinator of International Rivers, a US-based organisation working to halt destructive river infrastructure projects, says: “Each source of power has sector-specific and site-specific benefits. What we are increasingly noticing is erratic weather, where the number of rainy days is decreasing while the intensity of the rainfall is increasing. What the stream flows could be like in the next 10-20 years makes hydropower a risky proposition, purely from a financial perspective, let aside other social and environmental impacts.”

Parineeta Dandekar, of South Asia Network on Dams, Rivers and People (SANDRP), says there has been a slowdown in the growth of the hydropower segment, a sector that was “earlier poised to meet significant energy demand in the next few years”. Her organisation has been pushing for performance appraisal of large hydropower projects in India for some years.

Dandekar points to an analysis by SANDRP, based on figures from Central Electricity Authority, on how power generation per MW installed hydro capacity has gone down by over 20 percent in the last two decades and that 89 percent of existing projects have underperformed, even when rainfall has been average or above average in most of the years under consideration.

“Hydropower did not turn out to be a money spinner as many project developers expected. Developers made an unfounded prediction on water availability in reservoirs, making pumped storages perfect for meeting peak demand in the electricity grid. This was clearly an overestimation,” Dandekar says. This has also turned out to be a big fiasco in economic terms.

“Those affected have continued to protest for long-term sustainability, environmental and social aspects of the projects, the most notable mass protests and public outcry in recent years being in the Northeast over projects like Lower Subansiri and Tawang. Even some small hydro projects in Himachal Pradesh met with fierce, sustained opposition. Yet the government went ahead,” Dandekar says.

A report by Pricewaterhouse Coopers India, a consulting group for Federation of Indian Chambers of Commerce and Industry, a body which articulates the industry’s concerns in an article titled Hydropower in India: Key enablers for a better tomorrow puts the reasons for negative investment sentiment in hydro sector on factors such as “environmental concerns, resettlement and rehabilitation issues, land acquisition problems, long clearance and approval procedures, capability of developers, etc”.

Dandekar disagrees that these have contributed to the slow pace of hydropower development in the recent past.

“The slack is not due to hindrances in getting environmental clearances, which have been made quicker even in the absence of basin studies and cumulative impact assessments of projects. The government continues to be unconcerned about the needs of the river, and the people in the submergence and catchment area,” she adds.

While hydropower is promoted in the name of climate change mitigation and to do away with the negative effects (like pollution) of using fossil fuels for power, it has come under criticism due to the carbon dioxide and methane emissions beyond acceptable limits.

“Unprecedented rainfall and fragile Himalayan geology combine to pose safety risk to all riverine infrastructure as we have seen during the Uttarakhand floods in 2013 where many hydropower projects, be it their barrages or tunnels, were damaged and in some cases, exacerbated the impacts of the flood,” Seth says.

Dandekar points to an incident at the 100 MW Sorang hydropower project in Kinnaur, Himachal Pradesh, where a burst in penstock pipe left three people dead and played havoc with livelihoods of people in nearby villages.

“The deluge washed away homes, cattle sheds and village farms, leaving at least three people dead, four missing, several injured and hundreds of livestock washed away (SANDRP, 2015). There is a need to have adequate safety standards and a credible mechanism to monitor the quality of ongoing construction in hydropower projects to prevent mishaps such as these,” she adds.

Move from hydropower to renewable energy

Isn’t it time to move away from hydropower and look at new options in renewable energy? What’s stopping the renewable energy sector in the country from picking up in the way it should be?

Himanshu Thakkar, Founder of SANDRP, says: “I think we need to look at pushing renewable options like rooftop solar. The government continues to push for unviable large hydro with all kinds of incentives. But renewable energy is catching up fast. The government also needs to go for peak power demand management measures and also towards optimising power from existing capacity.”

Sinha feels strongly about this. “To generate electricity for a few decades, we are killing a river's fragile ecosystem forever. This could have given livelihood to fishermen of the river basin for eternity. And it is happening when we have more efficient technologies to harvest solar energy.”

“Now that wind and solar power development is becoming more viable technically and financially, we need to opt for them given their lower social and environmental footprint,” Dandekar says. She adds that the capacity of renewable energy at 42,850 MW has recently overtaken large hydropower.

Is there a shift of policy in the country?

“There is already a definite swing, including government policy and efforts, to move away from hydropower and look at new options in renewable energy. Power minister Piyush Goyal has even been quoted as saying that the country did not need hydropower for the next 10 years. Given the social and environmental impacts, perhaps it is time to issue a moratorium on further projects. Already, several large hydropower projects are stalled, be it for social, environmental, or financial reasons. These issues must be resolved before statutory clearances for new projects are given,” Seth says.

Dandekar feels that the cost of generation of conventional energy, be it thermal or hydro, is low given that the social and environmental costs are not accounted for. “We need to look at the real cost per unit while comparing it with renewable energy,” she says.

But not everybody is pitching for solar and wind energy.

Seth says, “Renewables too have their own impediments. For instance, solar plants are viable in Rajasthan, Gujarat and Uttar Pradesh but not equally so in parts of Arunachal Pradesh or Uttarakhand. Large solar or wind farms require large tracts of land, acquisition of which can often impede progress.”

Seth points out that blindly setting up more power plants, including renewable projects, is not the need of the hour as capacity wise, India is set to become an energy surplus nation.

“Within renewable energy, the best and the least developed option is the anaerobic incineration (pyrolysis) of biomass produced in forests, wastelands and farms. This is much less polluting and carbon contributing than fossil fuel-based energy but has the same energy intensity. Moreover, this can be produced in a decentralised manner and can reduce losses and costs of transmission and distribution,” Banerjee says.

Dr M.P. Sharma, Professor and Head, Alternate Hydro Energy Centre, Indian Institute of Technology, Roorkee, feels there are problems in shifting towards renewable options. “Firstly, there is lack of proper coordination among different agencies, particularly, the implementing agencies and the ministry of new and renewable energy. Awareness among people about renewable energy is lacking. There isn’t adequate backup to address problems faced by users. There are problems in commercialisation and implementation of renewable energy projects, limiting their viability,” he says.

Dandekar says the government must throw in more fiscal incentives to let developers shift to production of renewable energy like wind or solar. Till then, let’s wait and watch!