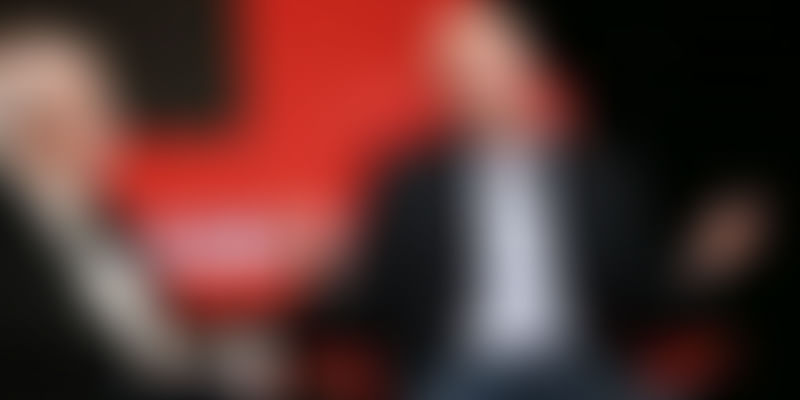 After losing to Flipkart in Diwali sales, Amazon puts money on best(seller) services.

The last few weeks have seen India’s e-commerce big daddies Amazon and Flipkart fighting it out during the biggest festival season sale in the country. According to e-tail research firm RedSeer Consulting, Flipkart had emerged as the leader with a market share of 58 percent versus Amazon’s 26 percent.

(An Amazon official had told news agency PTI that this year’s Great Indian Festival – the name of its sale – was the biggest ever for the company in India with 2.5X growth in smartphone sales, 4X increase in large appliances, and 7X in fashion sales.)

But Amazon is not one company to take a blow lightly. If anything, the 20-year-old global retailer – which has stressed on being ‘the most customer centric company in the world’ – seems to be focusing on strengthening its ultimate arsenal of sellers. It has been reported that Amazon Inc. has invested $250 million (Rs 1620 crore) into Amazon India Seller Services - which is the official name of Amazon India.

The American retail behemoth had already invested $5 billion in India, in addition to the $260 million earlier this year. But this latest investment is an obvious step towards solidifying its strong hold over sellers.

On the development, an Amazon India spokesperson said,

"As India’s largest and fastest growing e-commerce player, and with a long-term commitment to make e-commerce a habit for Indian customers, we continue to invest in the necessary technology and infrastructure to grow the entire ecosystem. We are delighted and humbled by the trust from our customers, to lead in India on things that matter to our customers in over four years of our business, while continuing to launch innovative India-first initiatives as well as completely new offerings like Echo, Prime and Prime Video."

Amazon has built the Service Partner Network (SPN) to help sellers in listing, cataloguing, running ads, logistics and warehousing, accounts and reconciliation. Companies are shortlisted and authorised as service partners for this initiative. Amazon is also reaching out to the sellers through calls and emails, asking if they need help with any of the above-mentioned services. Then they pass on the lead to the service provider. Currently, Amazon India has 2,00,000 sellers.

Their service providers include ‘Taurus Business And Trade Services’, a joined venture of Amazon Asia, and Infosys Founder Narayan Murthy’s private investment arm Catamaran Ventures. (It helps SMBs and rural sellers with digitisation of their businesses.)

Industry experts believes that the latest investment will boost its internal development – expanding seller base, giving better infrastructure and more utilities for sellers on the dashboard, and building tech.

Anything for the seller

It’s a simple logic really. Happier sellers mean better selection and service, which means happy consumer, which gives higher revenue. And Amazon has given its best to get there.

Earlier, Amazon India had also launched Project Udaan – under which Amazon partners with offline stores in semi urban and rural areas. (The shopkeepers in Amazon partner with stores like Vakrangee, StoreKing, and handhold rural customers to find products on Amazon and place orders.)

Last year, Amazon launched a Seller Lending Programme in India and had partnered with Capital First, an NBFC, to enable SMBs on its platform to get easy access to working capital.

A few months ago, they also launched Amazon Global Selling Programme through which sellers on its platform get access to a slew of services through Amazon — third-party service providers who help out with all aspects of setting up an export business, fulfillment service so that merchants do not have to set up their own warehouses, cataloguing and photography services, and international logistics service providers. Amazon offers direct access to retail customers across 10 countries like Canada, France, Japan, the UK, and the US.

In fact, Indian sellers shipped over one million units of products to the US through Fulfilled By Amazon (FBA) prior to the Black Friday and Cyber Monday sales last year. Indian sellers witnessed over 3X growth in sales during the Thanksgiving week over the same period last year.

Amazon versus rest of the e-commerce world

In India, Amazon fights Flipkart and Paytm, both backed by SoftBank. Both rivals have billions in their kitties, and experienced teams working on different initiatives. This year, Flipkart has been focusing on its private label, while Paytm Mall is building its online-to-offline business model.

So far, Amazon has focussed on keeping existing customers firmly hooked onto the site, and ensuring first-time shoppers come only to Amazon. Their flagship programme, Amazon Prime, is growing fast, despite the membership fee hikes recently in India (from Rs 499 to Rs 999).

Amazon has also launched product subscription options for customers. Products that customers can subscribe to are in categories as diverse as household needs, personal care, air fresheners, and pet supplies.

Recently, it was reported that Amazon has also filed for a patent for exclusive rights for use of multi-scale fiducials –black and white markings on an object for a drone to identify them from a distance. They have also launched Amazon Echo, the voice controlled family of speakers.

In terms of warehousing too, Amazon is building its capabilities. In September, Amazon India inaugurated its fifth Fulfilment Centre in Telangana to widen its reach and prepare for the festive season.