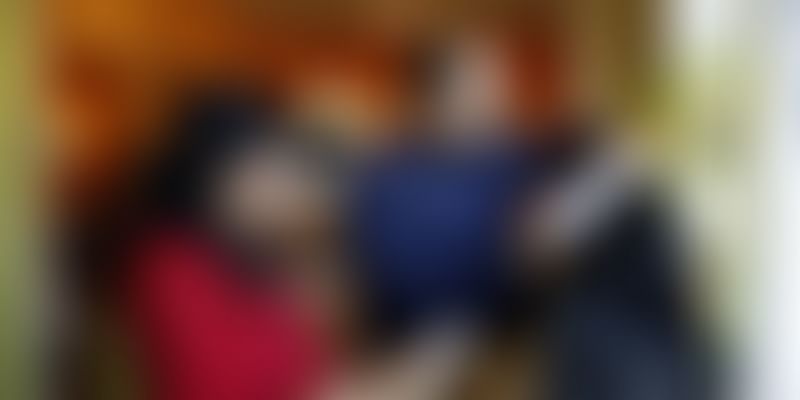 Craving a home-cooked meal? Taro connects consumers in the Bay Area to chefs who create fresh, nutritious, and quality food that is delivered to your doorstep.

The countdown clock is always ticking in the Bay Area. Short of time, people are constantly working and vying to build the world's next best business. The pumping adrenaline may be fuel for the spirit, but the body needs food. And in the madness of work, the mind tends to wander into memories. Memories of childhood where home-cooked food was a given.

Keen to give the current generation a bite of these delightful memories, Krishna Mehra set up Taro, a chef-to-table marketplace for healthy, authentic homestyle meals. Taro, incidentally, is the name of a tuberous vegetable.

Krishna, who graduated from IIT-Kharagpur in 2006, co-founded tech company Capillary Technologies in 2008. Krishna Mehra, Ajay Modani and Aneesh Reddy, the Co-founders of Capillary, built a business where retailers could target their customers better if they used their mobile number as the loyalty number. The company raised $82 million and became one of the most valued Indian companies.

Krishna moved to the Bay Area in 2013 to build the US business for Capillary. But he soon realised that he wanted to invest his time in a new startup. After discussions with Aneesh - thought to be animosity between the founders and which Krishna rubbishes - Krishna moved out of Capillary in 2015. However, he still holds stock in the company and the three co-founders remain friends.

By the end of 2014, Krishna began looking at new ideas that could make an impact in the Bay Area.

Building on an idea

An idea was born when he was savouring Indian food at his aunt’s house in a sprawling suburb of the Bay Area. He realised that she was cooking meals for Indians and sending tiffins. He quickly helped her organise the business and set up a commercial kitchen for her to reach many more homes.

“That's when I realised why should not there be a business where food could be sourced from good chefs and delivered to individuals,” Krishna says. He then teamed up with Shivangi Mehra to build Taro.

Krishna built a platform and worked with over 20 chefs to perfect the process of making and delivering food. However, in 2015 and 2016 Krishna realised that this model could not scale up as the chefs would not provide any quality or consistency in food. Although he was controlling the food being flash-cooled and delivered to customers on time, he was not happy with the quality. He had to be clinical and so began to control the menu and the cooking process in his very own industrial kitchen, which he outsourced to a third party. It was crucial at the time because Krishna had just raised $3 million from investors (undisclosed) in January 2017. Back then, the company was providing around 1,000 meals a week.

“I pivoted the model into controlling the entire process of manufacturing, creating menus, flash-cooling the food and the logistics around deliveries,” Krishna says.

Once the quality was established, orders started growing. Taro today focuses only home cooked Indian, Chinese and Korean food. It will expand its menu as it expands its business.

Taro does not do real-time delivery of food. Consumers have to pre-order their meals and food will be delivered a week after. The food is prepared based on a schedule. For example, if a consumer orders a Bisi Bele Bath the previous week, the food is prepared in the kitchen 10 hours before delivery, is flash-cooled, boxed and sent to the customer.

“The meal has to be heated in an oven and freshness is retained because of our flash-cooling process and the temperature, below 5 degrees centigrade, being maintained in the supply chain,” Krishna says.

Each meal – a sizeable portion that can work as lunch and dinner – is priced at around and average of $65 a week.

Today, Taro does 5,000 meals a week. The beauty of this company, like all Bay Area companies, is that it is built only by seven employees.

“You have to be light on assets because you can outsource manufacturing and delivery,” Krishna says.

Companies like Plum Organics and Impossible Foods in the Bay Area that have perfected this concept but offer a different product for consumption. In India, however, experiments are on to win the heart of the consumer with meals. Companies like Inner Chef follow the Taro model in India while Zomato and Swiggy follow different models such as classifieds and food delivery. However, the future of food is to create a brand and control everything from food supply to production to delivery - this is what Taro does.

KPMG says that the Indian food tech industry is a whopping $50 billion in size, which includes manufacturing to branding.

Naganand Doraswamy, founder of IdeaSpring Capital, says: “Any consumer business works on volumes and the business must become a leader in its product category.”

Krishna is currently delivering across 12 states in the US on the West Coast. Next year he hopes to go national, in the USA, and bring Indian cuisine to the homes of immigrant Indians, second generation Indians and Americans.