In a Himalayan village, KYTA is giving artists a platform to produce collaborative artwork 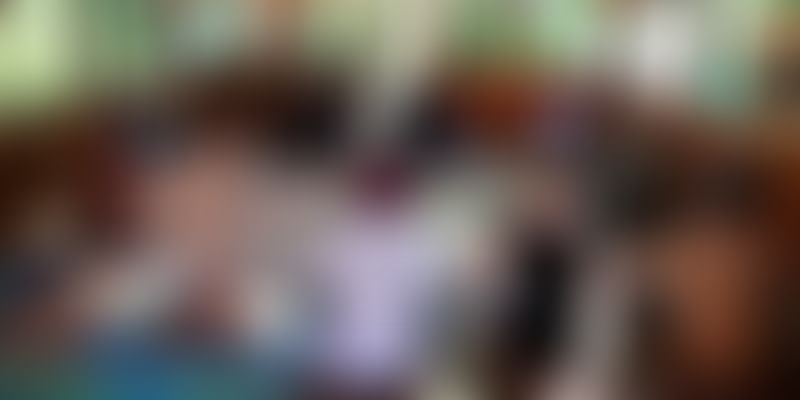 Karma Yatri Travel and Art (KYTA), a residency programme, aims to explore and work on the possible relationships between travel, living, culture, art and expression by bringing together artists from different fields.

At KYTA’s residency programme, practising artists of different specialisations come from around the world to collaborate towards a single work of art. The artists for the programme are identified by KYTA through recommendations, mostly from the past residents. The project is completed during the period of the residency; the theme and framework for their project is decided by the artists in unison.

KYTA was started by Shazeb Shaikh (33) and Hashim Qayoom (37) in 2014. “The idea is to see how different disciplines can work together to create something of value,” says Shazeb, who works with a 35-member-strong advertising agency called Sparkt in Mumbai. Shazeb has been making films and dabbling with a creative career since he was 21. Hashim is also the founder of Karma Yatri, an experimental travel company that organises bike expeditions across India.

Hashim had travelled to Kalga, a small village in Himachal Pradesh, often. The beauty of this Himalayan village, the simple and traditional lifestyle of its people, made him imagine it as the place which could inspire the creation of a collaborative artwork. That’s how KYTA was born in 2014, six months after it was conceptualised. While artists work together on a single project, the programme also gives them the opportunity to conduct workshops, wherein they can share with other artists their experiences and learnings.

Kalga-5 (2014-2018) is the current residency programme to which KYTA is committed for five years. At the end of Kalga-5, the team will hand over the project to the Kalga village, having made an attempt to bring out a unique perspective of Kalga in the finished artwork.

Initially, the founders of KYTA wanted to hold the residency in different locations each year of the programme. This perception changed as they discovered how the pristine beauty of Kalga inspired artistic creation. Due to the experimental nature of this project, KYTA’s vision has changed since 2016. “We changed our project’s focus from the residency to the village. This meant that the artwork produced in the village would stay in the village, the inspiration for which could come from outside or within the village,” says Shazeb. This year, for the first time, all the artwork will be exhibited in Kalga itself.

A peculiar feature of Kalga is that it does not have a community that the artists can engage with. The village contains within itself a total number of 35 houses, out of which only three to four houses are occupied throughout the year. The unoccupied houses are converted into homestays. “This makes it easier for us to approach the residents and tell them about what we do and install our artwork in some of these houses,” says Shazeb.

In 2016, KYTA set up Karma Studio in Kalga in collaboration with Studio Karva of Mumbai. This studio acts as a basic facility where potters and sculptors, local or from outside, can work. The clay used for these activities is mined out from the vicinity. A sound and music studio for producing and listening to music is in the process of being set up. They also envision setting up a library for which books will be sourced from all over the world. “People will be asked to donate books from any field, so long as they are unique in nature,” says Shazeb.

The present and past editions

In 2014, 10 artists worked on a short experimental film called, aLpha. In 2015, 11 artists attended the residency as part of a bilateral exchange between France and India. They made a feature-length film from scratch within six weeks. None of these artists had previous knowledge of filmmaking. The film, Inedie, was released in 2017.

KYTA has received funding from Karma Yatri and partially by Pro Helvetia. They have recently initiated a crowd funding campaign, keeping expenditure for future editions in mind.

The current edition is a tripartite gathering of Swiss, South Korean and Indian artists, featuring 17 artists from different fields of focus. This year, the artists come from a plethora of backgrounds such as architecture, dance, social practice, land art, painting, material research, installation art, and writing.

One of the highlights of this year’s programme is the collaborative effort of an Indian and a Swiss artist in the form of a dance performance. In 2018, this performance will be a part of an Indo-Swiss dance project that will be launched in the Northeast of India.

All the artwork produced during a given residency is archived in the form of the Kalga Art Collection. Paintings are the most common form of physical archives of KYTA; other art forms are archived electronically.