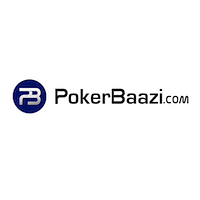 Game face on, this Indian startup is working to end the social stigma around poker 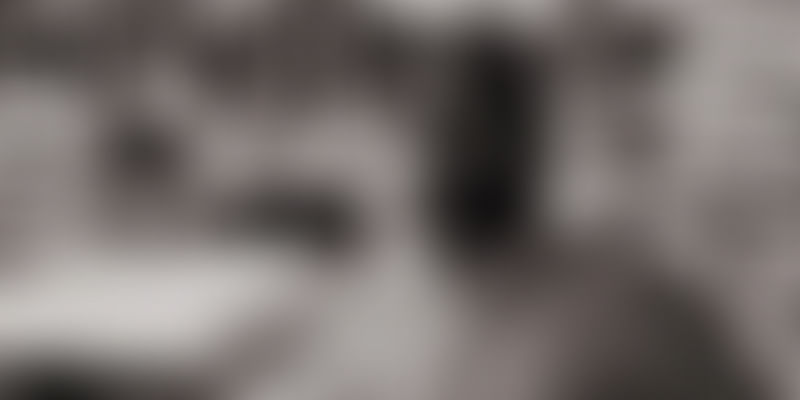 The advent of online gaming in India goes back to the 2000s, evolving from legendary video games like Super Mario, Duck Hunt, Road Rash and PacMan to online games on consoles and PCs. Over the years, internet gaming in the country has gained significant traction. According to a Google - KPMG report, today the online gaming industry in India stands at $290 million, and is poised to grow to $1 billion by 2021.

Online versions of popular card games such as blackjack, rummy and poker have seen a surge of interest. PokerBaazi.com, an online poker platform, became a part of this movement when it started operations in October 2014. Founded by Navkiran Singh, an engineer-turned-entrepreneur, the website gives gamers a chance to play poker with real money in the comfort of their homes.

Singh’s tryst with poker began when he was in college and continued till he quit his job with a multinational and finally started PokerBaazi.com.

Realizing the immense potential a game like poker had in the gaming industry, he roped in his long time and most trusted friend Anirudh Chaudhry, who is the Head of Operations, his brother Puneet Singh, the Head of Finance who is an expert in finance and legal matters, to build the company. The core team was later joined by Avneet Rana, the Head of Technology, and Varun Ganjoo, the Head of Marketing - both being Singh’s batchmates from college.

Navkiran says, “The biggest hurdle was convincing my family about starting a poker-related business. Traditionally, card games have been treated as ‘gambling’ and been looked down upon, so it was difficult to get them on board. However, after some initial reluctance, they agreed to become a part of it.”

Since then, Navkiran has received support for his initiative, though he still gets asked - why poker, especially because of the social stigma and legal regulations attached to the game. He explains, “It’s all about the game and my love for it. Online poker has been growing steadily over the last few years. While live tournaments in Goa regularly attract 200-plus people, online tournaments, having an entry of as high as Rs 10,000, can draw over 800 players at a time. With such impressive numbers at such a nascent stage, the question should be, why not?”

The online poker industry is relatively new to India. While card games are a traditional staple during festivals such as Diwali, people were slow to trust online portals for poker. But over time, this outlook has changed to a large extent. Navkiran says, “As with any card game, poker is instantly (and foolishly) classified as a form of gambling. With the absence of specific laws on poker, the industry has had to lobby hard to get recognition as a skill sport and that has been one of the biggest challenges.”

PokerBaazi.com provides their two lakh registered members with two variations of poker – Texas Hold’em poker and Pot Limit Omaha poker. They have cash games running from as low as blinds of Rs.1/Rs.2 to as high as Rs.500/Rs.1000, along with a huge array of tournaments for small stake players as well as high-rollers. Additionally, players who are short on money to invest can also play the daily freeroll (free-entry) tournaments and grow a bankroll for free. They even have a mobile app that allows people to play from anywhere at any time.

Since the Indian Government regulations stipulate that the software for poker websites operating in the country must be Indian-made, the entire tech at PokerBaazi.com was built from scratch. Singh said, “This is one of the achievements I am most proud of.” According to him, what sets the team apart from other poker-entrepreneurs and for that matter, most other entrepreneurs is that they don’t work as a corporate. “We don’t think of work as just work - where we leave once the clock strikes 5 PM! In fact, the four of us (except Puneet who’s married and has a family) have had quite a lot of instances of working till post midnight. This, I believe, makes us different from the rest.”

At PokerBaazi.com, they work like one family, with customers being the main priority. Navkiran adds, “From the beginning, we have tried to make PokerBaazi the ideal place to work for any employee and with a near 100% retention rate. At our main office, all teams work under the same roof with the founders and employees sitting side-by-side. The premises here have huge gardens where we host regular football and cricket matches. With winter on its way, we also plan to have barbeque sessions post work!”

PokerBaazi.com is one of the pioneers of the online poker industry with a strong presence even in the offline market in Bengaluru. They recently conducted the biggest online tournament in India – The MoneyMaker – which had a prize pool in excess of Rs 1.21 crore. Singh believes that with the growing awareness around the sport, online poker is definitely here to stay.

Singh says, “We have seen a 150% - 200% year-on-year growth, which is at par with the growth of the industry, and we expect that to continue in future. One of the major factors for us has been ‘trust’. Eventually, as a customer, it’s your money and you would think 10 times before investing it anywhere. It’s been three years and I am proud of the fact that we have always provided the quickest transactions. If you win on PokerBaazi, your money reaches your bank account within 24 hours!”

Pokerbaazi.com plans to continue to spread awareness about the skill game. They’ve been visiting colleges like the IIMs, IITs, ISB to conduct poker awareness sessions and free money tournaments. The PokerBaazi PRO Team, a group of some of the best professional poker players in the country, also conducts regular webinars and other interactive knowledge-sharing sessions on poker.

PokerBaazi.com aims at being at par with the best international poker websites in terms of the number and quality of players, technology and promotional activities. Navkiran says, “This year, we have given away several international packages to Las Vegas, Macau, Manila, and Thailand. Our promotions have allowed us to attract and engage plenty of new players. Given the massive response we got for our flagship tournament, The MoneyMaker, we have already announced the second edition for November 26, 2017.”

While there are quite a few poker startups now, PokerBaazi.com ranks among the top few poker websites in India. Singh says, “I think this kind of growth goes on to show that young, budding entrepreneurs can actually make a difference in today’s marketplace. They just have to focus on creating scalable, customer-centric business models without solely concentrating on profits.”

Today, PokerBaazi is one of the biggest online poker companies in India and among a scant few who have a government issued license to operate. They are bootstrapped at present and Navkiran says there’s a long way to go. “We do plan to raise funds in future. I personally put in a lot of effort to make sure we have crystal clear, neat & transparent processes. I think perseverance is the key. All things considered, with the poker industry growing at the pace it is, I feel PokerBaazi.com is very important to the overall gaming industry in India. The whole PokerBaazi team has worked very hard till now, and I know we are following the right path,” he signs off.