A retired Air Force commodore and his wife are travelling 16,000 km to celebrate the bravery of the Armed Forces 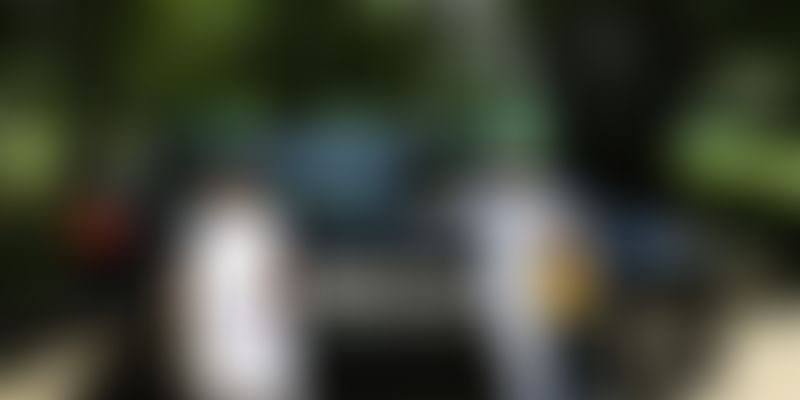 This is the story of 65-year-old GL Hiremath and his wife Uma (64), an adventurous couple on a quest to cover more than 16,000 km across India, all to celebrate the brave men and women of the Indian Armed Forces.

Speaking about this journey, Air Commodore GL Hiremath said he wants to live his life all over again by visiting the places — Halwara (Punjab), Udhampur (Jammu and Kashmir), Hyderabad, Chabua (Assam), Bidar (Karnataka), Delhi, Belgaum, Guwahati, Nagpur, and Ahmedabad, to name a few — his time with the Indian Air Force took him to.

In a chat with YourStory, he said,

"It was a happy time for my family and myself at all these places I served at. At this age, memories and nostalgia mean so much to me and I want to make the most of this journey. One of my first postings was at Halwara Air Force station near Ludhiana and I served at plenty of stations and bases after that. I plan on visiting them all."

The couple embarked on their journey on September 20, starting from their native place Belgaum, Karnataka, after which they plan to cover 34 places across the country — including 32 Air Force stations and two Naval bases — in two months. They are expecting to cover more than 16,000 km while they are at it.

Commodore Hiremath, who was a part of the Kargil War, also helped provide relief to tsunami survivors, especially in the south and the Andaman and Nicobar Islands. He was also involved in earthquake relief operations in Bhuj and Jammu and Kashmir.

When asked about what he hopes to accomplish through this journey, he said,

"The basic idea is to visit these places and see the difference between then and now, encapsulating how methodology has evolved over the years. The motive is to interact with the present generation through informal meet-ups and group gatherings and talk to them about what is valued in the later part of life, especially coming from a defence background."

"We intend to celebrate the Forces in every minute way that we can. We want them to realise how ordinary citizens think about the Armed Forces and how truly essential they are to the nation. We also aim at visiting remote places and educating them on the importance and essentiality of maintaining good health, especially in the defence forces."

The couple chose to do it in a clockwise direction across the map of India. Starting from the western border, they are now moving towards the north, through Jammu and Kashmir, followed by the Himalayan region, across the east coast, and will continue down south to finally end this gruelling journey. In this process, they will touch the international borders of Pakistan, China, Myanmar, and Bangladesh.

Hiremath contacted Ratan Tata, Chairman, Tata Motors, regarding the journey, and was offered a Tata Hexa to help navigate the terrain. Keeping safety concerns in mind, Hiremath has ensured that the vehicle has been completely equipped with accessories like a front fog lamp, flag rod, head-up display, tyre pressure monitoring system, and digital video recorder.

"Over the years, I’ve had the opportunity to organise multiple rallies across the country during my time with the Air Force and after. However, this expedition has been a long-standing dream. I had got in touch with the chiefs of all the three defence forces and they extended their support and promised to help my wife and myself with all the facilities at every place we visit on this journey."