On the 111th birth anniversary of RK Narayan, memories of Malgudi come calling 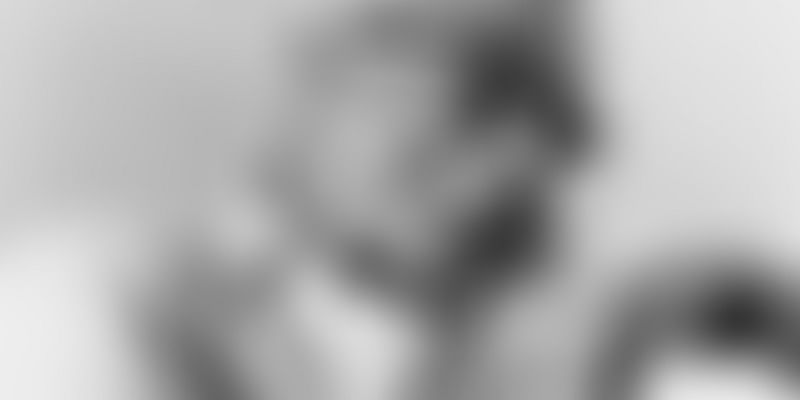 Krishnaswamy, nephew of RK Narayan, narrates anecdotes from the life of one of India’s greatest storytellers.

Born on October 10, 1906, Narayan was the third child of Gnanambal and Krishnasami Iyer. He, along with his seven brothers and two sisters, grew up in the city of Madras. This was also the time when reading books and strolling in the school’s library, where his father was the headmaster, came naturally to Narayan. Joking about the same, Krishnaswamy says,

"Being the headmaster’s son, he had extraordinary privileges in the school library. During summer vacation, the library clerk threw open the shelves at all hours, on all days, for Narayan and his younger brother RK Laxman. Although, for all the other students, he made it nearly impossible to take any book home".

The books and their worms

For Narayan, something happened that replaced the book with a pen. A sudden death of his father’s dear friend affected his family. Moved by sorrow, he wrote ten pages of an outpouring, titled, ‘Friendship’, on death and grief. This was his first attempt at writing.

Narayan eventually finished his schooling at the Christian Mission School, Madras, and later graduated from Maharaja's College in Mysore in 1930 with a bachelor’s degree in arts.

For the not-so studious Narayan, his college was never a happy place. It took him two repeated attempts to get a degree which he did not use in his life. In his autobiography My Days, he writes,

After failing in the university entrance examinations, I had a lot of time, since I could appear for the next year’s examination without attending classes. That left me free for a whole year to read what I pleased and ramble where I pleased

For a family like Narayan’s, education was the most compulsive force. After his father’s retirement, they relocated to a house in Laxmipuram, which overlooked the Bojjanna in Mysore. With retirement came a smaller house, and a cringeworthy monthly budget which now had to be distributed amongst the RK siblings.

With three brothers still in the school, his elder brother started working in a radio-repair shop and as a manager of a bus service in Mysore. While the well-settled older sibling added fifty rupees a month to the family budget, Narayan was often asked by his father to justify his failed attempts with the road roller (type-writer) that he had brought from .

This was also the time when Narayan managed to land a well-paying job at Chenapatna as an assistant teacher. After a month-long stint, Narayan bade farewell to the brick walls of the government school.

Narayan never looked for jobs in his life; unlike us he knew that concrete walls and a desk job was never meant for the creative soul that he was. Although the job of a teacher was thrust upon him, it too came to an end very soon, adds Krishnaswamy.

The fictional town of Malgudi

On one auspicious day in September 1935, when Narayan’s grandmother brought him a notebook, little did she know that it would lead to the birth of a fictional town called Malgudi. With its tiny railway station and Swaminathan running down the platforms peering at the faces of passengers, Malgudi made its way into Narayan’s first book, Swami and Friends. When asked about the writing process of Narayan, his nephew reveals,

Both the RK brothers followed the ritual of walking every day, so much so that Narayan’s day would be incomplete without his 10-km walk. Each walk, each day, created a story in their heads. Every night, they would end up with stories and more stories on the dinner table. They would eventually come up with characters, scenarios, and Laxman, being the visual orator that he was, would quickly sketch it on his white drawing book

Swami and Friends, a novel set in the imaginary town of Malgudi, became a part of an entire TV series that was aired on Doordarshan in 1986. Directed by late acclaimed actor Shankar Nag, Malgudi Days became a raging hit with Carnatic musician L. Vaidyanathan’s Tanana tana na na na being played at the beginning of each of the 39 episodes.

My first year’s income from writing was thus about nine rupees and twelve annas (about a dollar and a quarter), says Narayan, in his autobiography.

What followed was his second novel Bachelor of Arts (1939). This also marked Narayan’s entry in England as a bestselling author. Noted novelist and publisher, Graham Greene, took notice of this Indian writer. Greene, who was based in Oxford, helped Narayan with getting his work published.

In 1939, Narayan’s wife Rajam died of typhoid. In his autobiography, he mentions this phase as the most devastating. By this time, Narayan had also earned himself a reputation in the international market. His fourth novel, The English Teacher, published in 1945, was partly autobiographical, concerning a teacher's struggle to cope with the death of his wife.

One day, at the Mysore metropolis hotel, Narayan bumped into a tour-guide called Raju. The story of this man ended up becoming the inspiration for his novel, The Guide, on which the Dev Anand starrer Guide was based. Turning nostalgic, Krishnaswamy recalls the time Dev Anand visited their house at Mysore,

In 1964, Dev Anand with his younger brother, Vijay Anand, came home to sign a contract. Narayan had no clue who that so called mega star was and why he had arrived at their house, but the family insisted that he agreed to whatever the actor asked for. Hence, the movie Guide happened. It was shot in English and Hindi, and throughout the production, Dev Anand would run to ask Narayan for his advice on casting and the lead actress, but Narayan would chicken out

Today, the city of Mysore that fuelled the author’s imagination for his stories, has an RK Narayan museum with rare photographs, memorabilia, and personal belongings. The two-storey building was inaugurated in 2016.

On the 111th birth anniversary, we celebrate Kunjappa’s (as he is fondly referred to by his family) journey from the streets of Mysore and Madras to our TV screens and book shelves.