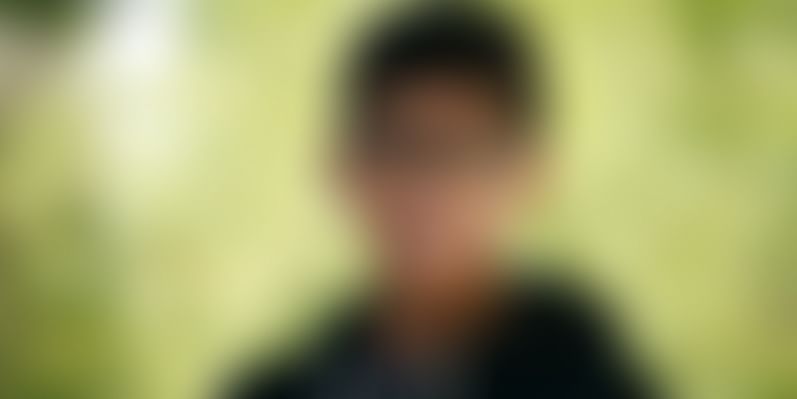 An enterprising teenager, Samay Godika, is all set to represent India at a global competition. With his video on — a self-cleansing mechanism which could help fight dreaded diseases like cancer, Alzheimer’s, Parkinson’s — the Bengaluru lad is headed to put India on the global map. Samay is one of the 30 semi-finalists chosen from more than 8,000 of entries from across the world for the Breakthrough Junior Challenge. The winner will be awarded the prestigious scholarship prize money in a glittering ceremony in Los Angeles, attended by the A-listers of Hollywood and the Silicon Valley.

An annual global competition sponsored by the founders of Facebook, Google and Khan Academy, the objective of the Breakthrough Junior Challenge is to inspire creative thinking in the field of science.

Samay, who was born in Boston, is a student in Class X at the National Public School. While students at his age find it difficult to manage exams and assignments, this teenager took inspiration from his own family to do something remarkable at such a young age.

Speaking about it, he says

A few relatives in my family suffer from neurological diseases. This inspired me to do research about preventions. This is how I came across the topic — Autophagy. It is a process which occurs inside our body, which breaks down dead and decaying organelles, and converts them to energy. If Autophagy is executed regularly, it can have the power to prevent (not cure, just prevent) diseases such as Cancer and Alzheimer’s.

As an avid science enthusiast and a youtuber, Samay created a video that depicted Autophagy. Autophagy is the science behind fasting. The discoveries of the mechanisms of Autophagy also won Yoshinori Ohsumi a Nobel prize in 2016. In his video, Samay explains the biological process through a clever combination of humorous animated story telling and informative scientific explanations. He says,

I am really passionate about science, and I took up the challenge. The only round before the semi-finals was the Peer-to-Peer Review, where the participants themselves reviewed other submissions.

The video which was a stop-motion compilation, depicts Autophagy as a superhero. The Breakthrough Challenge which judged every video’s engagement, creativity, illumination and difficulty, has shortlisted 30 best videos. The submissions are uploaded on the official Facebook page for the audience poll. Talking about Autophagy, Samay adds,

Samay was one among the 8,000 applicants who applied for the contest and the only Indian who got through. Students from the ages 13 to 18 from all across the world research, create and submit original videos on complex topics in the field of life sciences, physics, or mathematics.Beyond the contest

Samay has also been selected by the Massachusetts Institute of Technology (MIT) for their Launch Entrepreneurship Programme 2017. This experience has led him to cofound Memorably, a company which creates photobooks of grandchildren for their grandparents. With this, Samay has set his eyes on the $250,000 scholarship prize money. Not just that, if he wins the challenge, his school will also get $100,000 for a science lab. This feat will bring him an ultimate distinction of being the first Indian to win this challenge.

Speaking about the administration at the National Public School which is vouching for the young champion, he adds

My school has been very supportive, with the teachers helping me in promoting my video for the Popular Vote, and even sending messages to the parents of other students, requesting that they vote for me.

The young Youtuber has been garnering attention from leaders like Shashi Tharoor, Kris Gopalakrishnan and Minister of IT BT, Karnataka Priyank Kharge. They have been supporting him on Twitter. With only few days left for the public voting on Facebook to end, the teenager is quite ecstatic about the journey he has had so far.

Samay is one of the 30 semi finalists chosen from 8000+ entries to the Breakthrough Junior Challengehttps://t.co/PYLuu7Kdr3

15 yr Blr boy in the running to win prestigious global competition. Your LIKE on this fb video can make it happen! https://t.co/KaJo2L22rz

I feel really honoured and proud to be representing India, and happy that I have reached this stage. However, I’m looking forward to the next step, the finals, and hopefully to even winning.

You can vote for Samay here.