Who's to blame for Shimla's water shortage? 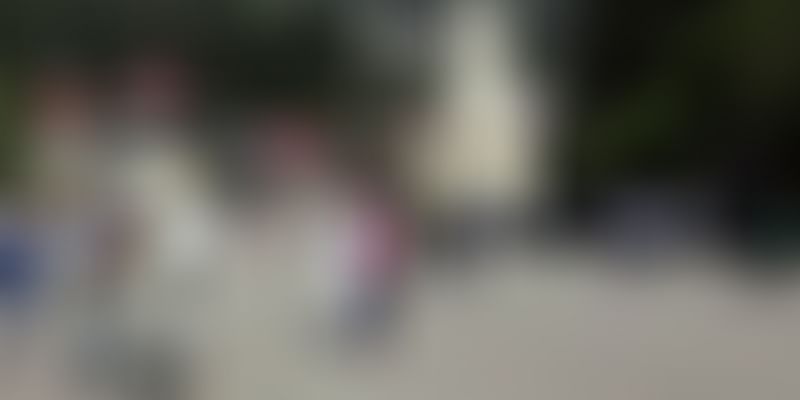 It isn't just the tourists or its hilly terrain but a 140-year-old leaking water distribution system set up by the British in 1875 which is leading to heavy losses and contamination.

Most tourists visiting Shimla waiting to get their pictures taken or go horse riding on the Ridge are unaware that they are walking on a water tank but they will know that the city faces water shortage — their hotel bathrooms have messages asking them to use water judiciously.

I saw such a message for the first time many years ago at Grand Hotel, one of the luxury hotels established by the British. With abundant trees, streams all around, and snow in winters, why should the 'Queen of Hill Stations' face water shortage? Some say that water rolls down the hills at a rapid rate, which is why Shimla, which is nestled at over 7,000 feet above sea level, can’t hold much of it. Others blame this on the influx of tourists, who make up a floating population of 70,000. While both reasons are valid, they don't paint the complete picture.

The main reason for the water shortage is the leakage in the pipelines, which are not only old and decaying but also travel a long distance in the harsh weather and uneven terrain. According to a CAG report, the city gets water for only 1.2 hours a day as against the 24-hour norm. From 2009–14, the corporation supplied 110 litres per capita per day (lpcd), which is less than the prescribed limit of 135 lpcd.

Shimla was one of India's first cities to get piped water. The first water supply scheme with a capacity of 4.54 MLD started in 1875 to cater to a population of 16,000. Today, the city has expanded to 27.96 sqkm hosting over 1.71 lakh people. The growth came with the sprouting of unauthorised housing at the expense of trees and natural springs, which acted as more accessible water sources for nearby habitations.

Amidst this urbanisation, Shimla Water Catchment Sanctuary is a welcome sight. A thick green canopy covers most of the 1,015.02-hectare area which also houses a large tank to collect the water. As many as nine perennial streams flow from this catchment area.

The city has tapped into these streams and has an installed capacity of 71 MLD but the demand for the permanent population is only 42 MLD. Add another 20 MLD for tourists and there is still 19 MLD to spare. However, going by official records, the town faces a huge loss during transportation — something to the tune of 30 MLD.

The loss is mainly because sources are far away, one even going up to 28 km. The other reason is that the distribution system of the core area is about 140 years old, and was laid by the British when Shimla was their capital. Heavy leakages, multiple pipes along the same alignment, networks passing through natural drainages and mingling with the sewerage network make it not only inefficient but also unhygienic.

The city has witnessed several outbreaks of hepatitis A, hepatitis E, and jaundice over the years, especially during the monsoon due to wastewater mixing with drinking water transmission systems. The overflow from septic tanks and soak pits also find its way into the natural drains during rains, leading to further contamination.

Leakage of water between 2009 and 2014 cost Shimla over Rs 71.50 lakh. The CAG report said that the utilisation of the six STPs constructed at a cost of Rs 74 crore was only 13 percent (4.8 MLD) due to worn-out pipes and a non-existent sewerage network. Dr DP Singh, manager of a European-funded project on sanitation in the city, says that though 67 percent of the city is covered by sewers, many houses are not connected to the network. “There are missing links due to geographical difficulties and the reluctance of families who have septic tanks and soak pits. The sullage from these is generally let off in open areas, especially during rains when it’s easy for the waste to run downstream. It pollutes the water sources downhill thus resulting in various epidemics," he adds.

Efforts are already on to rejuvenate the supply network. The Shimla Municipal Corporation has sent a Rs 136.9-crore proposal to the World Bank through the Union Ministry of Urban Development.

The corporation is also looking to enhance its supply to meet the future water demand of 71 MLD in 2039. “We are currently assessing the possibility of a new scheme for 50 MLD to be lifted from Kol Dam’s intake point near Shimla. This will supply 35 MLD to the city while the rest will be ferried to rural areas. The scheme will cost Rs 350 crore," says Rajesh Kashyap, a sub-divisional officer at the corporation.

However, elected representatives are keener on gravity-led water supply from Chander Nahan Lake in Chanshal Valley, 120 km from the city. "Though the source is far, this will help save huge energy bills that the corporation has to pay annually to lift water from Kol Dam. The scheme will also require less maintenance. The high turbidity of Satluj at Kol Dam makes the lift scheme even more challenging," says Deputy Mayor Tikender Panwar.

There is also a plan to increase the efficiency and reach of the sewerage network through a Rs 170-crore scheme. Though these plans may take a long time to implement on the ground, efforts are on to put in place smaller, decentralised solutions.

The corporation has also identified 35 baolis, which are traditional drinking water structures fed by natural springs. “These sources have been contaminated due to pollutants from upstream. The 35 baolis identified have a combined capacity of 10 MLD. Where water can be supplied from them to downstream areas after treatment, it can be a cost-effective local solution," says Panwar.

With an annual rainfall of around 1,200 mm, Shimla should be water surplus but the city is sitting on hills of metamorphic rocks which are known to absorb less water and promote high runoff. At an individual level, tube wells are not successful and rainwater harvesting structures are recommended to meet the demand.

Shimla made rainwater harvesting compulsory for new structures in 2000. Building plans ensure that a water harvesting facility is drawn in and thorough inspection on completion of the structure confirms it. However, many a time, the setup is not put to use. “It’s not feasible to use that water as people have to spend energy transporting it to overhead tanks. Why would they do that when the corporation is already supplying water directly in overhead tanks," asks Panwar but there are institutes which have demonstrated efficient use of rainwater.

Grand Hotel has harvested and recharged rainwater to attain a water-surplus status now. The hotel was unable to meet its growing demands due to reduced municipal supply in the 1990s. However, with a campus of 7.5 acres, the hotel had the potential to capture 36 million litres annually which would have been more than enough to cater to 140 suites even at full capacity.

Interaction with older residents of the area revealed that there was a natural water resource which existed at the bottom of the hill but had dried out about 50 years ago. This indicated that there was an aquifer which, if recharged, could be a good resource. A rooftop rainwater harvesting system was set up and the water was diverted into two 1,00,000-litre underground tanks for low-quality uses. The overflow from these tanks was allowed to percolate through recharge pits into the aquifer. Today, this water is pumped and used in the hotel.

Though hotels are great water guzzlers, they also have an opportunity to neutralise water scarcity as shown by Grand Hotel. Tourists, then, would not be a burden on local resources.

Disclaimer: This article, authored by Manu Modgil, was first published on India Water Portal.The views expressed by the author are his own and do not necessarily reflect that of YourStory’s.