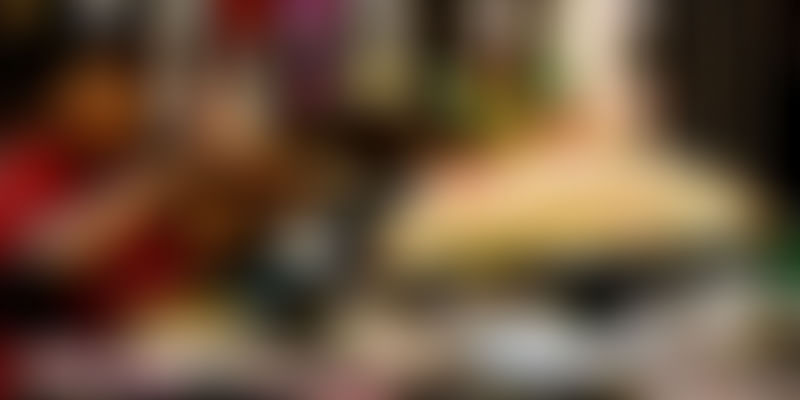 Here are the five new and hot startups we uncovered this week.

If you are one of those who wonders which sector is looking up this quarter, be assured that foodtech is always hot. Among the many startup stories that we brought to you this week, the story of Wok Express clearly illustrates that there is always excitement around the business of food.

Twenty-eight-year-old Aayush Agarwal was running a dessert store Cakebred in Mumbai when the idea of a quick service restaurant (QSR) came to him during a chance visit to New York.

Sindhu Kashyap, who wrote the story, says, “Aayush started Wok Express at Pali Naka in Mumbai in 2015. While oriental cuisine was not new to India, the quick service restaurant format was, but Aayush was confident the venture would work.”

Today, Wok Express has over 15 outlets in Mumbai, and over 400 employees. In recent years, India has seen an explosion of QSR models. Startups like Wow Momo (raised Series B funding led by Lighthouse Funds in June this year) and Faasos (raised $6.4 million in April) are a few examples.

Read Asyush’s story and how he built Wok Express, here.

Remember, the number of startups delivering north Indian style home-cooked meals to homesick techies in the Koramangala area of Bengaluru in 2014 and 2015? Well, guess what? They’ve taken their shop, so to speak, to the desis of America.

Krishna Mehra, a former founding member of Capillary Technologies, moved to the Bay Area in the US in 2013. While wondering what to do next after saying goodbye to Capillary in 2015, he realised there was a big market to be fed.

He set up Taro, a chef-to-table marketplace for healthy, authentic homestyle meals. Writes Vishal Krishna, who profiled the startup, “The future of food is to create a brand and control everything from food supply to production to delivery – this is what Taro does.”

While foodtech remains an all-time favourite, cryptocurrency is the new flavour of the season.

From blockchains to bitcoins to ethereum to ICO (initial coin offering)…phew…there’s a whole new world out there for startups.

Coinsecure, that was part of YourStory’s coveted Tech30 list this year, is based in Delhi and offers bitcoin wallet, exchange, trading and merchant services along with other blockchain-based services.

Neha Jain brings their story to the readers this week. She writes, “Started with an aim to ‘connect India to bitcoin,’ Coinsecure was set up as an algorithmic trading platform for bitcoin. In other words, it allows people to buy and sell bitcoin in Indian currency and vice -versa.”

Read how the two founders -- Benson Samuel and Mohit Kalra – are building their startup, and in the future, aim to release a payment gateway to enable users to make INR deposits and withdrawals anytime, here.

Coming back to earth, here’s the story of a 23-year-old who decided to go back to her roots to start up. With an IIT tag under her belt, Anu Meena could easily have bagged a cushy job with a global conglomerate. Instead, she decided to start a venture, AgroWave, to optimise agriculture supply chain using research, analytics, and technology.

The startup procures fresh fruits and vegetables from farmers and distributes them directly to businesses by eliminating middlemen. For this, it uses analytics to match demand and supply by predicting the demand using previous data (volume, products, frequency, etc).

Quoting Anu, Vallabh Rao writes, “The startup is about India’s 13 percent GDP which comes from agriculture — a sector which is highly unorganised. The incorporation of technology for organising it will take time.” Read the full story here.

Who would have thought that a place like Gorakhpur in eastern Uttar Pradesh will boost of a co-working space? The Indian startup story is slowly but surely gathering steam. To help entrepreneurs get the right infrastructure and resources, two friends recently launched the first co-working space, StartUp Café, in Gorakhpur.

Catering to a growing number of startups in Gorakhpur, the co-working space hopes to solve problems faced by the startups related to investment and infrastructure.

Writes Libza Mannan, “In a Tier II city like Gorakhpur, people are still unaware of the concept of a co-working space. Creating awareness about the idea was the first challenge the founders had to take up while establishing the StartUp Cafe.” Read the full story here.

You can find more startup stories here to inspire you to start your own journey if you click here.