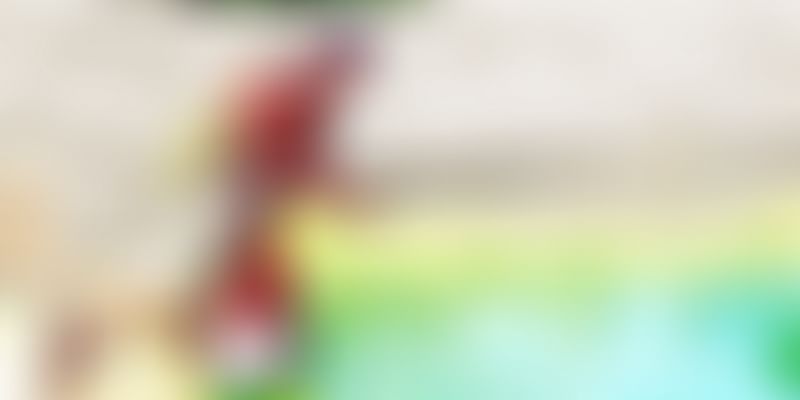 While the rest of Tamil Nadu reels under water crises, people residing in Adigathur, not too far from Chennai, face no such trouble. The village’s journey from being a severely drought-affected area to becoming self-sufficient is both inspiring and surprising. And the whole village points at one woman — Sumathi — as the sole reason behind this transformation.

A decade ago, hundreds of villagers started moving out of Adigathur owing to a scarcity of water. In Sumathi's words,

“Ten years ago, we faced severe drought and water scarcity. Fetching water every day was a struggle. As a result, our villagers were forced to abandon farming and they started going to other states as daily-wage labourers.”

Sumathi, heartbroken to see people in a predominantly agricultural village abandoning agriculture, decided to do something about it. In 2006, the villagers convinced her to contest the Panchayat Raj elections as they believed in Sumathi’s ability to bring a positive change to the village.

Sumathi was elected the panchayat president which meant she also had the power to bring in the change she aspired to. But it was easier said than done as there were a lot of hurdles in saving the village from the water crisis.

“We erected borewells all over the village that were thousands of feet deep. Still there was no water and this, in turn, affected farming largely. That is when we turned to digging ponds to save water.”

That is when Sumathi heard about Rajasthan’s waterman Rajendra Singh, who has received the Stockholm Water Prize, considered equal to the Nobel Prize in water management. To learn from his model village, Sumathi, along with some farmers, travelled to Rajasthan despite knowing neither Hindi nor English.

They spent 10 days in the village learning all they could about water management from Singh. However, implementing that model in Adhigathur was not possible as the landscapes of both the villages are very different.

That is when Sumathi decided to embrace the practices followed by previous generations and began digging ponds and lakes. With the help of her fellow villagers, Sumathi dug and revived a total of nine ponds and the groundwater level gradually increased.

Apart from this, the villagers have also come together and planted more than 2,000 trees. All of them also make sure that the waste that is produced is segregated.

To honour the collective efforts of the villagers, Adigathur was selected among India's cleanest villages.