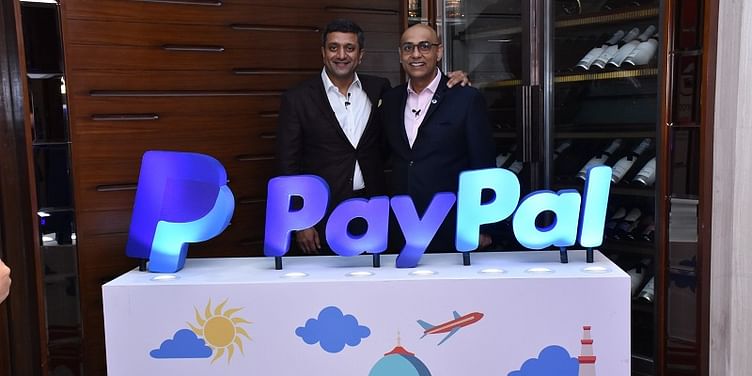 With this launch, PayPal said that Indian consumers can shop online at some of India’s most popular businesses.

Further, merchants accepting payments via PayPal will be able to process both local and global payments, while getting access to PayPal’s 218 million customers around the world and in India through a single integration. The payment major claims to have an active network of close to 200 markets across the world.

For almost a decade, the global payments player has been facilitating cross-border payments in India by enabling SMEs and freelancers to transact globally.

The firm stated that it has included features such as One Touch (payments), Buyer and Seller Protection, Refunded Return and a 180-day dispute resolution window to its payment offerings in the country.

“Today, is a landmark day for us at PayPal as we launch our domestic service in a market which has all the ingredients to become a true digital economy. India’s digital payments journey is on a high growth trajectory and we are proud to be a part of it. We are excited about our prospects in a market that is highly inspirational and aspirational.”

“Developing economies are strongly driven by aspirations and no opportunity is bigger for us than India. We will be targeting the Global Indian and have partnered with merchants catering to this segment giving them a truly global seamless payments experience. India is transitioning away from our biggest competitor – cash – and our digital platform and technology has immense scope to enable this at scale. For us, the marathon has just begun.”

With regard to the launch of domestic services, PayPal has set up a customer service centre in India with multi-lingual support capabilities and on ground sales team to drive customer engagement and education. While announcing their global results for the last quarter, PayPal had then stated that 54 percent of their growth was coming from mobile payments.

The Indian government’s recent push towards digital payments has also led PayPal to partner with government and state-owned banks on number of initiatives including digital financial literacy programme and eTourist Visa (eTV).

In terms of scale, the payments major allows consumers and merchants to receive money in more than 100 currencies, withdraw funds in 56 currencies, and hold balances in their PayPal accounts in 25 currencies.

This news comes right after one year of demonetisation, when companies have catapulted this exercise to grow their user base.

At present, Indian digital payments leader Paytm seems to have close to 270 million active users with a strong merchant base of 5.5 million on its platform.

Further, Unified Payments Interface (UPI) has had one of the most prolific growth story, reaching close to 77 million transactions last month. This is a 300 percent jump from the numbers reported in August this year, when UPI transactions in the country stood at 16.8 million, according to NPCI (National Payments Corporation of India).

Hence, this could be a right time for PayPal to hit the market, when there is consumer awareness about digital payments and a large market opportunity to expand and disrupt.