Switching between B2B and B2C models, AbhiBus’ trip is in the right direction 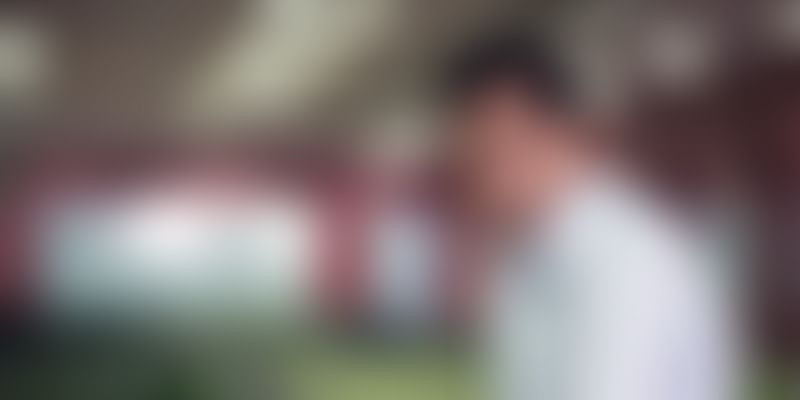 Hyderabad-based online bus aggregator platform AbhiBus started out in 2008 and is finding its mojo in the B2B and B2C verticals.

Anyone who has lived away from home for work or study understands the hassle of booking tickets, be it bus, train or flight.

Sudhakar Reddy was no stranger to the concept, having stayed away from home when he attended engineering college, and later worked at GE in Chennai. Hailing from Guntur, the 400 km journey could be daunting at times as train tickets were tough to come by, and flights were expensive.

He would thus often take a bus.

“Trains would always have to be planned about 15 days in advance, and there would be pretty odd timings,” says Sudhakar. As a solution, he would go to the nearest travel agent and buy a bus ticket. However, what pinched was the Rs 500-Rs 800 commission over the cost of the ticket, based on the demand.

“That made me wonder why there were no transparent and fixed fares for buses. With the travel boom in 2008, I saw companies such as MakeMyTrip, Cleartrip and Yatra.com starting up. IRCTC (Indian Railway Catering and Tourism Corporation) was picking up, and there were also a lot of new airlines coming up such as Indigo and Spicejet. That created a sense of enthusiasm for the travel sector, specifically toward buses, because there was no transparent system of booking bus tickets,” says Sudhakar.

Quitting his job, Sudhakar moved to Hyderabad and started AbhiBus in 2008. The bus aggregator and discovery platform started as a business to business model.

Based in Hyderabad, Sudhakar says the tech ecosystem in the city was stronger than in Chennai. “While redBus was already present in the city, the platform was in its initial days and was looking at buses from Bengaluru,” says Sudhakar. Soon after, redBus also started operations in Hyderabad.

When AbhiBus started out, bus operators followed an unorganised method of bookings. Initially, as they were reluctant to be a part of a platform, Sudhakar asked bus operators to keep aside a quota for his company to sell online.

He got two seats from Bengaluru to Hyderabad and two from Hyderabad. Though he started out small with only four seats, AbhiBus could not even sell those over three months of operations. The operator, eventually, pulled out the allocated seats.

The company then shifted focus and decided to instead help bus operators. Sudhakar says most bus operators used a manual system of booking and tracking tickets. Most would manually write each booking, and erase it if a booking was cancelled.

“What I did was I gave a software to all these bus operators so that all the bus seats are integrated to our website. I took their pain points, downloaded a software system for them on a SaaS model,” says Sudhakar.

This got him traction.

The team charged bus operators Rs 2 per transaction in October 2008. The idea, Sudhakar adds, was to introduce them to AbhiBus, and also get a fee for the software.

AbhiBus got on board 12 buses of Dhananjaya Travels. “It probably was the first time a bus operator had an online presence. It was looking at Dhananjaya Travels that other operators decided to tie up with us,” adds Sudhakar.

Soon, AbhiBus added revenue collection and occupancy reports online. The focus was on the B2B model until 2013. The company said it has worked with 350 operators, as also the state transport units of Andhra Pradesh, Telangana, Karnataka and Himachal Pradesh.

“In 2013, we reduced the price to Re 1 per transaction due to the massive increase in volume. The transport company we started with grew from 12 buses to 60 buses, but the technology was still the same and he started bargaining. So, we reduced our pricing structure,” says Sudhakar.

Looking at the B2B side of the business grow, the team relaunched its B2C vertical. The move also came about as AbhiBus now had enough inventory and was well-integrated with bus operators in the country. The company says it has tied up with 1,500 operators. Another factor for relaunching the vertical was that by then, people were comfortable with online booking.

“In 2013, around 95 percent of the market became digitised. Now, I have a 40 percent market share in B2B business. The rest I have integrated with our website and have started selling. The revenue model is that we charge 12 percent commission on each ticket we sell on Abhibus.com,” adds Sudhakar.

AbhiBus initially outsourced the technology work, but with the money being pumped in, the team expanded to hire a technical team. The team size is now 125, and the company has offices in Hyderabad, Bengaluru and Pune. The team claims it does 35,000 B2C transactions a day.

The team extended its offering with the AbhiBus Edge platform, which deals with the inconvenience relating to boarding. Citing an example, Sudhakar explains it would be perhaps standing at the boading point, and not knowing exactly where the bus is. Or, with so many buses at any bus stop, identifying the correct one to board.

To solve this, the company in 2015 built an app that is loaded on the driver's phone as a vehicle tracking device and helps track a bus. “We are trying to build a seamless understanding between the driver and the consumer through this app. We have also built in 50 movies, which the consumers can watch. The app will act as a WiFi router and consumers can watch movies,” adds Sudhakar.

AbhiBus has raised two rounds of funding, one in 2012 and another in 2016. In the first round, the company raised $2 million from high networth individuals and in the second, it raised $4 million from Canadian institution DIL.

The team over 50 percent of its bookings are currently from the mobile app and the app has more than two million downloads.

The online bus ticketing business in India saw its biggest success story in the form of redBus, which was acquired by Ibibo, which in turn was acquired by MakeMyTrip. A report by Research Gate pegs the bus travel industry to have an annual turnover of $120 billion, with a 25 percent growth rate. Yet, the market is believed to be highly fragmented and unorganised.

“I want to grow the number of transactions per day to 2 million roughly four years from now because the market size is about 10 lakh per day. We still intend to continue our SaaS model, such that we become 70 percent of the market share three years from now.”