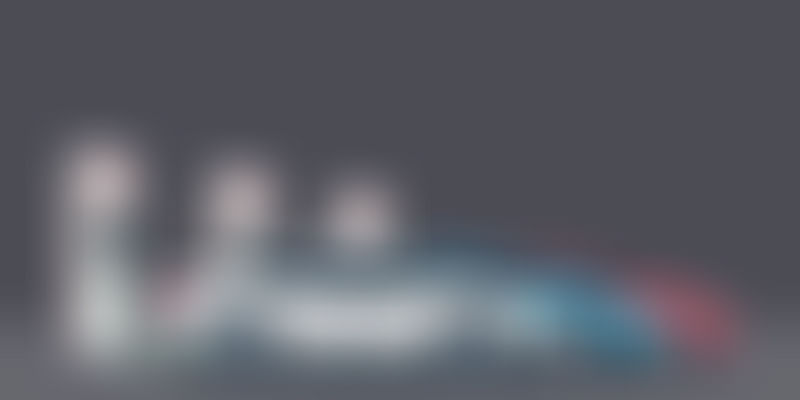 India being a glocal market, the concept of ‘first thing first, value is everything’ is strongly embedded in consumers’ mindsets.

Here, the two key hurdles towards mass adoption of xEVs are high initial acquisition cost, and consumer sentiment. Amid rapidly falling battery prices, the year 2025 could well be the inflection point for xEVs, as they are set to go cheaper than internal combustion engine vehicles.

Furthermore, advancements, especially on increasing energy density, have initiated an almost battle for the cheapest range. Tesla’s Model 3 Range+ variant delivers up to 550 km in a single charge, making it a clear winner in cars, and among busses as well.

The second biggest hurdle is consumer sentiment - the fear among xEV users of running out of fuel before reaching their destination, or the precious time lost while re-charging xEV batteries.

Infrastructure always precedes innovation - the internet had to exist to use Google, 4G telecom towers were needed to fuel data proliferation, and so is the case of xEVs. A robust infrastructure is needed for mass adoption of electric vehicles. It is imperative to have robust infrastructure, and within that choices of solutions like charging or battery swapping, which will drive the future.

Given the technical specifications of these low-speed electric vehicles, the most natural way is charging at home. It is also essential to understand driving trends, and in turn no compromise charging time as against total cost of ownership under any possible scenarios listed hereunder.

A recent study on Indian Vehicle Ownership and Travel Behaviour - A case study of Bengaluru, Kolkata and Delhi shows the average distance travelled in India is a mere 40 km per day, with vehicle usage frequency of 226 days per year. Vehicles, for the rest of the time, are at rest, for which Level 2 charging (3.5 hours for 80-mile charge, and 8 hours for 200 miles charge) is sufficient.

With a well-established charging network and continuously improving xEVs range/charge across vehicle segments, people might not care for swapping, but rather would like to the own the batteries while enjoying the ease of charging the vehicles at their homes/offices itself.

Many ‘running errand’ scenarios don’t allow longer waiting time as we have places to reach on time, meetings to attend and people to see. People are also strongly accustomed to petrol vehicles, and would like to replicate similar 5-minute refuelling experiences, that the idea of battery swapping seems pivotal for India’s quest to kickstart mass take off.

Functionally speaking, swapping makes a compelling story but as we try and understand further, the realty may or may not fulfil the dream.

In India, the entire premise of ‘battery swapping’ is around addressing high initial cost of xEVs owing to expensive batteries and if separated from vehicles, and made available on lease/rent/pay-as-you-go basis, will significantly lower the acquisition cost of the vehicle. Perhaps, swapping proves to be of great advantage for fleet operators, low speed xEVs (eg taxi aggregators, e-auto, e-rickshaw etc) and busses with intercity point to point travel (<30 km per trip, 8-10 trips per day). A well-established network of smart swappable batteries can be instrumental.

At the outset, swapping did not work out globally, understanding practical nuances of Indian automobile ecosystem and identifying the ‘India specific niche’ (buses/cars fleet or two and three wheelers) is pertinent. There are several techno-commercial dynamics which made swapping a failure globally, with millions of dollars worth of investments going in vein. Few of the common roadblocks across most of cases are standardisation, commercial viability and reliability.

Almost everyone has bought a pack of AA or AAA batteries for one or more electronic devices and standardised batteries are an important invention. It is the fundamental need towards interoperability, and is the inevitable next step for evolution of swapping.

India’s Niti Aayog in its report ‘India Leaps Ahead – Transformative Mobility Solutions for All’ signified the importance of ‘smart swappable batteries’ for two and three wheelers but there are quite a few roadblocks to it, namely:

The Ministry of New and Renewable Energy under the Government of India, in its quest to power India’s dream of ‘All Electric by 2030’, at multiple occasions insisted battery swapping would have to be at the core of India’s plan going forward, though realties tend to differ.

Though progress has been made with ARAI releasing draft ‘AC/DC Conductive Charging Standards’, followed by DHI ‘Charging Protocol Standardisation’ guidelines and state-owned Energy Efficiency Services Limited floating the world’s largest single tender of 10,000 electric cars and 4,000 charging stations procurement has hit the nail. However, neither relevant technical standards nor industry consensus for smart swappable batteries and commercially viable business models have seen the light of the day so far, taking the whole swapping to a back-burner.

The future is about better and efficient utilisation of resources, and the key to value creation can be best described as co-integration and inter-operability. Convergence among cross sector industries is pertinent for proliferation of innovative technologies and so is the case with future mobility, where technology and business innovation competences are essential to blend and create an EV ecosystem in the country.

At times battery swapping seems to be an uphill task and of course can turn out to be India’s learning curve to implement and really make it work properly. Done right the first time, it may prove to be boon for the EV industry and may change the global perception for battery swapping with India being an example for the entire world.