The 8 most valuable cryptocurrencies the world is excited about 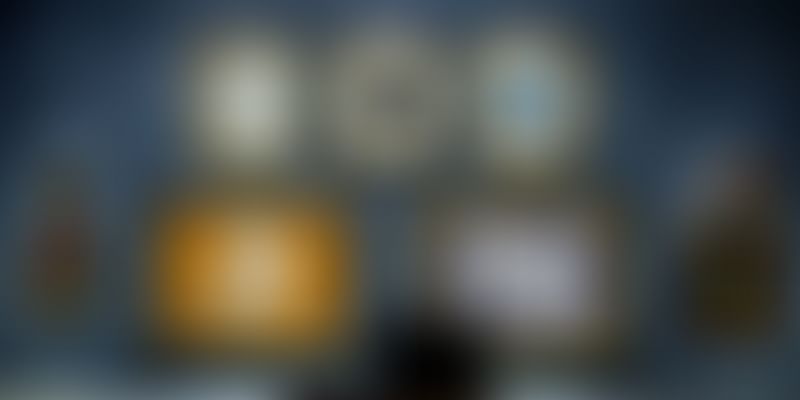 Of the many technological advancements over the last few years, cryptocurrency with its heightened privacy features and decentralised nature has definitely caught the world’s attention.

This new decentralised digital currency, which operates using the peer-to-peer blockchain technology, while gaining popularity has also raised questions about the uses for this kind of unregulated currency. Some, like Warren Buffet, are likening the popularity of Bitcoin (by far the most valuable cryptocurrency) to the dot-com bubble of 20 years ago and insisting that a crippling crash of its valuation is highly likely.

For now, however, cryptocurrencies continue to go from strength to strength with new ones being created seemingly every other day. Investors, undeterred by the possibility of the ‘bubble bursting’, are flocking to this new market in hopes of gaining returns on their investment that just can’t be matched by any stock exchange in the world. If you’re considering taking the risk and investing in this burgeoning sector, here are eight popular cryptocurrencies (chosen based on their price and market cap) that could be worth your while.

Bitcoin is where it all started. It was the culmination and execution of the idea of a decentralised digital currency, which was built on a peer-to-peer network and operated on the revolutionary blockchain technology.

Bitcoin was released as an open-source software in 2009 by Satoshi Nakamoto, a person or group whose identity is still unknown. It has a market cap of over $134 billion with one bitcoin (1 BTC or 1 XBT) valued at $8,041.33 at the time of writing this.

Bitcoin is among the most difficult cryptocurrencies to mine today due to its popularity and the fact that it’s the de-facto standard for cryptocurrency. But it has inspired the creation of numerous alternative cryptocurrencies, collectively termed altcoins, which, while being easier to mine, also seek to rectify certain fallacies of Bitcoin. There are, however, trade-offs, including greater risk brought on by reduced liquidity, acceptance, and value retention.

Like Bitcoin, Ethereum operates on the blockchain technology. Unlike Bitcoin, however, it is more than just a digital currency. Ethereum is a decentralised blockchain platform that runs ‘smart contracts’: computer codes that can facilitate the exchange of money, content, property, shares, or anything of value.

Ethereum lets developers create any operations they want which, since they run on the blockchain, run exactly as programmed without any possibility of censorship, downtime, fraud, or third-party interference.

Ethereum is essentially the world’s first blockchain supercomputer which is fuelled by a currency token called Ether. Besides being a tradeable cryptocurrency with a current market cap of over $34 billion, Ether is also used by app developers to pay for services and transaction fees on the Ethereum network. The potential of this technology has garnered much attention and with corporations and individuals rushing to the platform, the value of one ether has risen from $8.24 on January 1, 2017, to $357.18 as of writing this. The currency has a maximum supply of 18 million tokens per year and there are currently over 95.7 million ether tokens in circulation.

Proposed by Vitalik Buterin in late 2013, the Ethereum platform and its development were funded through an online crowdsale between July and August 2014. It went live on July 30, 2015, with 11.9 million coins premined for the crowdsale.

In 2016, after a cyber attack on the $150 million+ Decentralised Autonomous Organisation (DAO) project, Ethereum was forked into two separate blockchains — Ethereum (ETH) and Ethereum Classic (ETC).

Created by former Google engineer Charlie Lee, Litecoin (LTC) was launched in 2011 as an alternative to Bitcoin, which had by then become extremely difficult to mine. Referred to as the ‘silver to Bitcoin’s gold’, it was among the first cryptocurrencies to follow Bitcoin.

Based on a decentralised open source payment network, it uses ‘scrypt’ as a proof-of-work algorithm which can be decoded by consumer-grade CPUs (as opposed to high-performance GPUs, ASICs, and FPGAs which are required to mine Bitcoins).

The Litecoin network generates four times as many coins as its Bitcoin counterpart and has a faster block generation rate which translates to faster transaction confirmations. Litecoin has a maximum supply of 84 million tokens (four times that of Bitcoin’s) of which 53.84 million are currently in circulation. The market cap for Litecoin is around $3.82 billion with one LTC priced at $70.97 at the time of this article. Litecoin can today be easily purchased and sold on several exchanges using all types of currencies around the world.

The native Ripple cryptocurrency — XRP — doesn’t have an intrinsic value of its own. Instead, it serves as a token to protect the network, called RippleNet, against spam. Ripple is essentially a real-time global settlement network that offers instant, fail-safe, cross-border payments with maximum transparency and minimum costs.

Ripple uses a consensus ledger as its method of confirmation which is a structure that doesn’t require mining for tokens. This translates to reduced usage of computing power and minimum network latency. The downside is that XRP tokens are created and distributed at will by Ripple themselves.

This cryptocurrency has a market cap of just over $9.1 billion but the price of one XRP token is a paltry $0.23. While the cryptocurrency community has issues with Ripple being pre-mined and a poor store of value, banks and other financial institutions are adopting it in droves to bolster their payment infrastructures.

Dash (a portmanteau of ‘Digital Cash’) is an open-source peer-to-peer cryptocurrency that operates on a decentralised mastercode network. Maintained by an autonomous self-funded organisation, Dash has enjoyed immense popularity in the cryptocurrency market since its launch in 2014. Its success is attributed to its incorporation of certain improved features vis-a-vis Bitcoin such as InstantSend (instant transactions), PrivateSend (private activity history and balances), and decentralised governance.

Dash was initially released as XCoin in 2014 and renamed to Darkcoin a month later before gaining its current moniker in 2015. It has a market cap of over $3.4 billion with one DASH priced at $443.60 — a massive increase from its price of $11 at the start of 2017.

Dash has a maximum supply of 18.9 million tokens of which over 7.69 million are already in circulation. Due to its ease-of-use and scalability, it is among the most widely accepted cryptocurrencies in the world with several merchants – including web stores, web hosting services, and debit cards – accepting it as payment.

IOTA is a cryptocurrency created solely for the emerging machine-to-machine economy of the burgeoning Internet of Things (IoT) sector. IOTA goes beyond blockchain through its invention of a block-less distributed ledger termed the ‘Tangle’. This technology enables IOTA to offer zero-fee transactions and no fixed limit on transactions per second.

The Tangle ledger also enables micro-/nano-payments, failsafe data/energy transfer, and leasing of smart devices. Furthermore, the scalability of the distributed ledger technology is expected to garner several more applications in the coming months, with the IOTA team stating that the technology has barely scratched the surface of its potential.

IOTA coins (MIOTA) can’t be mined; all the tokens have already been generated (there are over 2.77 billion coins currently in circulation). This translates to reduced complexity, centralization, and energy use. The market cap for IOTA is over $2.5 billion with one MIOTA currently valued at $0.92.

Monero (XMR) is an open-source cryptocurrency that is secure, private, and untraceable. While it operates on the blockchain technology, it utilises extra privacy features that make Monero transactions completely untraceable via the blockchain, unlike Bitcoin.

Monero makes use of a cryptographic technique called ‘ring signatures’ to mandatorily conceal all transaction amounts, origins, and destinations. This means that transactions on the Monero blockchain can never be associated with the real-world identity of a user, a major boon in today’s world where cyber attacks pose a very real and immediate threat.

While Monero was first launched in 2014, it didn’t witness any growth in price until late 2016. Since then, however, its price has steadily risen and one XMR is currently valued at $132.57 with a market cap of over $2 billion. This cryptocurrency, which has over 15 million tokens currently in circulation, has been lauded by several members of the community for its enhanced security features.

Zcash (ZEC) is an open-source permission-less cryptocurrency that can ‘fully protect the privacy of transactions using zero-knowledge cryptography.’ Unlike Bitcoin, Zcash offers additional privacy through the selective transparency of transactions whereby all transactions are recorded on the blockchain but the sender, receiver, and amount are shielded. The Zcash team makes a distinction between the two cryptocurrencies in the simplest terms: “If Bitcoin is like HTTP for money, Zcash is https.”

It was launched in October 2016 with one ZEC initially priced at $4293.37. The price quickly dropped to $48.63 by December 31st but has since witnessed a gradual increase albeit with a few fluctuations. The market cap of Zcash is currently over $793 million with one ZEC valued at $298.44. With the need for privacy in online transactions gaining importance with each passing day, Zcash has become one of the most popular emerging cryptocurrencies in the sector due to its enhanced security features.

This year has been one of good fortunes for cryptocurrencies, and their rise has surprised many analysts and enthusiasts. But it’s important to remember that the market is a volatile one and sudden drops in price may occur out of the blue. So, if you are planning to invest in cryptocurrencies, make sure you study and understand the market thoroughly before investing your money in it.