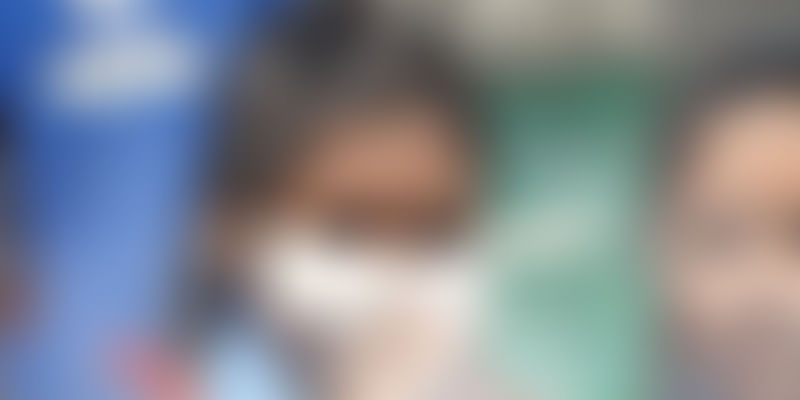 Measures have been taken, yet Delhi chokes; a list of key factors congesting the national capital's lungs

The national capital has been in the news time and again for its dangerously high pollution levels, and the ban on sale of fire crackers, odd-even vehicle days, restrictions on movement within city premises, indoor air purifiers and gas masks are but mere reactions.

PM10 is still at a dangerous level, but it is lesser than yesterday. Precautions recommended for 2 more days, try to stay indoors, do not go out for exercise or walks: Indian Medical Assoc Pres, Dr. KK Aggarwal #Delhi #smog pic.twitter.com/RTe2SJVk83

The air quality index touched the "severe" category in the first week of November, hitting 448 on a scale of 500 for the second time this year.

The root cause of the smog, which fills the corridors of Delhi without fail every winter, is yet to be tackled. Several studies and government committees have highlighted that burning coal, petrol, diesel, gas, biomass and waste, along with industries, power plants, and firecrackers are major contributors of pollution.

The data is available, some measures have been taken, yet, there is a long way to go. Below is a list of key factors that are keeping Delhi from breathing fresh air.

Urban areas such as Delhi cannot solve their air pollution issues without first addressing the issue of cooking, space heating, and household air pollution in the households that surround them.

He says continued dependence on chulas and fuels such as wood and animal dung results in air quality in rural and adjoining areas worsening by an average of 10 percent.

Vehicular emissions are a major contributor to the worsening air quality of Delhi. The Central Pollution Control Board (CPCB) and the National Environmental Engineering Research Institute (NEERI) have pegged the contribution of vehicular emissions to the air pollution in Delhi at 6.6 percent, while UrbanEmission put the number at 30 percent. IIT-Delhi’s Centre for Atmospheric Studies said emissions from two wheelers were a “matter of concern”, contributing between 40 percent and 60 percent.

With increase in pollution level in Delhi, Govt may have to resort to emergency measures including odd/even scheme: Delhi Transport Minister

In a bid to control the situation, the Delhi government indicated it will reintroduce the odd-even scheme to regulate vehicular movement. As per the scheme, first introduced in 2016, vehicles with number plates ending with odd and even numbers were allowed on the roads on alternate days.

Every winter, Delhi is enveloped in thick smoke as neighbouring agrarian states burn crops. An estimated 35 million tonnes of residual crops are set ablaze in Punjab and Haryana, which make up 12-60 percent of Delhi’s air pollution.

Farmers often take this step to save costs and to save time between crops. The Punjab government sought Rs 100 per quintal from the central government to discourage farmers from burning crop stubble.

Delhi has become a gas chamber. Every year this happens during this part of year. We have to find a soln to crop burning in adjoining states

Despite this, the Delhi Pollution Control Board marked 1,011 cases of stubble burning across the state until November 7, 2017.

Industries are responsible for up to 20 percent of toxic gases in the air. A study by IIT Kanpur suggests power plants, and restaurants are the biggest source of pollutants Sulphur Dioxide and Nitrogen Oxide. A study by the Delhi government says nearly 98 percent these pollutants are emitted by industries.

The Niti Aayog had, in June 2017, suggested a "cap and trade" scheme to control air pollution from industries. While this scheme is still in a study phase, if implemented, it can control a major source of pollutants.

Vast plots of land turn garbage dumps, and fires here are a major source of pollution. While burning garbage is deemed illegal by the National Green Tribunal, the practice is common and frequent. An IIT Kanpur study, ‘Comprehensive Study on Air Pollution and Green House Gases (GHGs) in Delhi’ stated:

It is a myth that Municipal Solid Waste (MSW) is not burned in Delhi. The MSW burning is widespread in Delhi and NCR, more frequently in winter. Delhi has an estimate of 190 to 246 tons/day of MSW burning (that’s about 2-3 per cent of the 8,390 tons/day of MSW generated).

Experts advocate a complete ban on MSW burning and estimate zero emissions from this source could result improve the air quality by 5-10 percent.

On October 17, 2017, the Environment Pollution Prevention and Control Authority expressed concern over the air quality in Delhi as it entered “Red Zone,” indicating hazardous air quality. As a preventive measure, diesel generators, which contribute approximately 15 percent to the city’s air pollution were banned. Further, a Supreme Court-appointed body also ordered closure of Badarpur thermal power plant and hundreds of brick klins that had not adopted alternative technology.

These would be funny if they weren’t so scary. Can’t even imagine what those affected by the #DelhiSmog #DelhiChokes must be going through. pic.twitter.com/TGZjpbbZ96

As of now, schools have been shut and doctors fear diseases and health hazards due to the toxic air quality.

Environment Pollution Prevention and Control Authority member Sunita Narain said, “We are trying to ensure that we do not reach a health emergency like last year, which may force us to shut the city.”

Delhi Govt should start immediately preparing for imposition of some conditions, if weather and pollution conditions aggravate further: EPCA