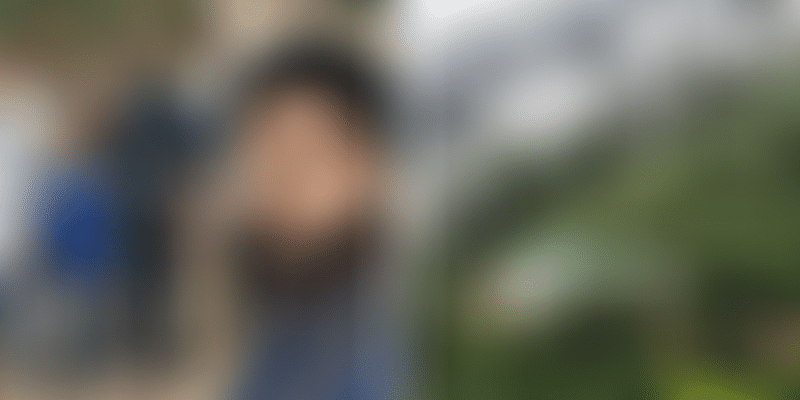 Nagakarthik, along with two of his friends, Prateek Shetty and Keerthi Sagar, run Soura Mandala, a non-profit that aims to ensure off-grid, last-mile electrification in remote areas.

Situated at about 7,500 feet in the Himalayan village of Breswana, the Haji Public School is accessible only through walking trails from Premnagar, where the last motorable road ends. Founded in 2009, by the native Haji family, the school is pivotal in ensuring quality education to children in the Doda district of Jammu and Kashmir. The school which began operations with just four to five children is now a premier institute educating about 350 students in the far-flung villages in the valley.

Its remote location, away from the plains, makes it difficult for the school to function with the help of just local teachers. Hence, the school also opts for a regular roster of volunteers who can intern at the school and contribute in terms of experiential methods of teaching.

Nagakarthik M P, who interned at Haji Public School two years ago, has first-hand knowledge about the kind of issues that interfere in the smooth functioning of this institution. “This region gets 200 hours of electricity per month, most of it is ensured in the night times where temperatures drop drastically. During the school hours, the power supply is very erratic with just one-and-a-half and two hours of electricity. We surely cannot use this for teaching purposes,” the 28-year-old shares rather dejectedly, adding that “the rough terrain, frequent storms and snowfall result in a complete blackout of power for days together”.

Nagakarthik, along with two of his friends, Prateek Shetty and Keerthi Sagar, run Soura Mandala, a non-profit that aims to ensure off-grid, last-mile electrification in remote areas. “Though volunteers include a lot of their experiences and narratives in their teaching methods, it’s impossible to make them understand without having to adopt visual technology. But the intermittent power cuts renders the school authorities helpless and disappoints children who are enthusiastic to learn about new things. That’s how we came up with the idea of installing a solar power grid that can be instrumental in providing continuous and reliable electricity in the school premises,” he says.

Estimated at an approximate cost of Rs 10 lakh, this solar grid, which is specifically tailormade to meet the needs of the school, will power the much helpful smart classrooms. So, how useful can these smart classrooms prove to be? “The local kids at Breswana have very limited exposure. Some of them have not even been to the nearest town. So, it’s impossible for them to visualise what roads or hospitals or police stations look like. Since children mostly understand what they see, showing them videos as part of lessons can help a great deal in acquainting them about how things work outside their village,” explains Nagakarthik, who is currently working as a staff member in the school.

“Presently, teachers and volunteers cannot plan their visual interactive lessons due to inconsistent electricity. For example, the kids learn computers only through theory classes. So, there’s a huge disconnect due to lack of hands-on learning and topics end up becoming abstract for the children. We are hoping our effort of having solar-powered classrooms solves issues such as these,” he further adds.

Currently, Nagakarthik and his friends are also running a crowdsourcing campaign which can aid their ambitious effort of installing solar grids in all the three branches of the Haji Public school. Coming from an engineering background, these youngsters have side-stepped their corporate jobs to ensure students of Haji Public School benefit from new-age teaching methodologies.

However, it’s no easy task before their social innovation gets to the fruition phase. Ask Nagakarthik if extreme cold temperatures in Kashmir would hinder the working of solar grids, and he claims “At least for about 70 percent of the school hours, there is abundant sunlight which ensure the efficient working of these solar grids”.

The team of Soura Mandala are also hoping to learn from the implementation of this project, post which they are hoping to develop a concrete model to replicate it in other educational institutions across the country. “There are many schools across India, which are yet to be electrified. In the long run we hope we can help them through our community-based, last-mile electrification efforts,” concludes an optimistic Nagakarthik, who is also overseeing similar projects in schools across Northeast and Ladakh.