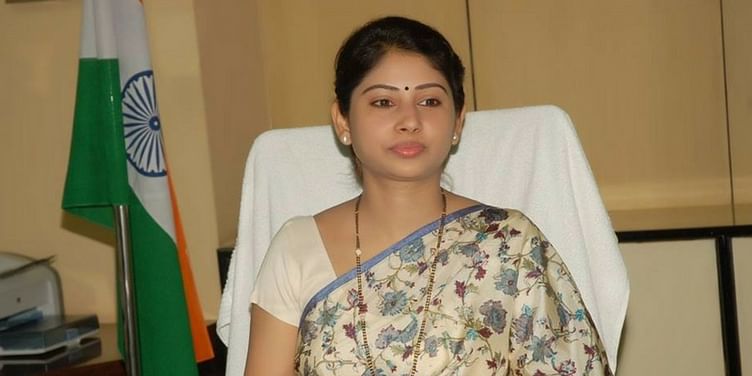 The Telangana Chief Minister's Office recently made history by appointing IAS officer Smita Sabharwal as the additional secretary. She is the youngest officer to take up this responsibility at a CM's office.

Smita was only 23 when she cracked the UPSC exam, and her commendable work has been appreciated by everyone around her. It has been 15 years since she joined the service, and she is popularly known as ‘the people’s officer’.

She has so far been posted in places such as Warangal, Visakhapatnam, Karimnagar, and Chittoor. The locals of these places still remember Smita for her excellent work.

Although she hails from Darjeeling in West Bengal, her father's Army postings ensured that she spent her childhood in numerous cities across the country.

Post her father’s retirement from the Army, they settled down in Hyderabad, and she completed her schooling at St Ann's there. She then went on to complete her graduation in commerce from St Francis in Hyderabad.

Smita was an ISC topper in the 12th standard and held the fourth rank in the UPSC civil examination. Following her success in the UPSC exams, she got an opportunity to serve the country as an IAS officer. She has received multiple awards for her work but feels her true reward lies in the work itself.

She says this was her father’s dream, motivating her to begin preparing for the civil examinations soon after her graduation. Despite being a commerce graduate, Smita chose Human Sciences and Public Administration as her optional subject. It was over All India Radio (AIR) that she heard her UPSC results.

When she was appointed the Nagar Panchayat Commissioner in Warangal, she launched a campaign called ‘Fund Your City’, appealing to the residents to help her build the infrastructure of Naxal-affected areas, which resulted in the construction of traffic junctions and foot over bridges.

After her appreciable work in Warangal, she was appointed the DM in Karimnagar, where she worked for the improvement of the health and education department. Her efforts involved making the hospitals more hygienic and arranging for free checkups for pregnant women, among other things.

She also ran a campaign to bring female patients, who generally hesitated to seek help, to government hospitals. Smita arranged for computers and internet in these hospitals to monitor their work through Skype. She worked to increase the number of doctors available in the hospitals and for improvement in the quality of equipment.

Known for listening to the troubles of 200–300 needy people on a daily basis, it is only fitting that she be known as the people's officer.