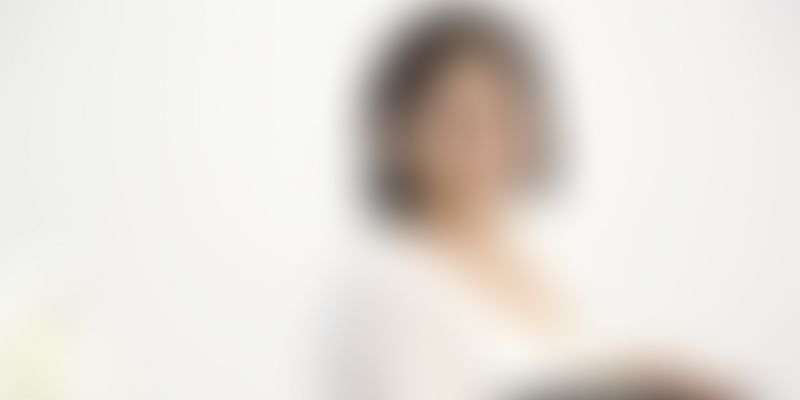 A freewheeling conversation with one of the top women leaders of the country on work culture, gender diversity, and what makes her tick.

One of the few women leaders in the media and entertainment space, Apurva Purohit has no qualms about being identified that way. She says, “I can understand the perspective of many women in top management who want to distance themselves from the ‘woman leader’ tag because it sounds like their success is due to tokenism based on gender rather than merit. However, I disagree with this point of view. I feel women leaders should embrace this label; moreover, it’s essential that more stories of women leaders come out to inspire young women.”

The Jagran Group, one of India’s largest and oldest media houses, owns Dainik Jagran, one of the country’s most read print dailies, and Radio City, a leading name among India’s radio stations. No wonder, then, that Apurva made it to Business Today’s Top 30 Most Powerful Women in Business in 2016.

The hand that rocks the cradle rules the world

Apurva regularly speaks at industry events on leadership, building great workplace culture, and gender diversity. Over the last few years, the conversations around gender diversity have increased but sadly, have not resulted in a corresponding improvement in gender inclusiveness.

Fortunately, most of the organisations this IIM Bangalore alumna has worked with have been gender inclusive. However, in situations like board meetings and networking events, where women are fewer in number, she has had to deal with men talking over her. Apurva says,

Women just have to try harder to make themselves heard in such circumstances.

Apurva, 51, has also observed that nowadays, men are more comfortable working with women, whether as superiors, peers, or juniors. “Every generation that comes out is better than previous generations!” she says with a laugh.

Organisations are also changing as they themselves understand that if they do not address women’s issues and try to retain women, they will lose out on the talent pool. So whether it is having a strong sexual harassment policy in place or starting a crèche in the work premises, firms are becoming proactive.

Since Apurva oversees varied businesses as head of the Jagran umbrella group, there is a huge amount of effort going into running the organisation as a cohesive unit. Jagran’s business includes traditional print media which requires a different approach from new-age digital ventures. Some of the companies under Apurva’s wing, like Radio City, are the leaders in their space, while Mid-Day has a niche reader base but is not a market leader. Radio is a highly organised sector while outdoor activation is not. So Apurva’s style of leadership varies in each case depending on what stage of evolution in the business cycle the brand is in.

Apurva says, “Though bespoke decisions have to be taken, there is a certain formula you can apply to each of the businesses. After all, there are fundamental similarities in all businesses — fulfilling consumer needs, maintaining shareholder and investor relations, and meeting revenue targets. Many leaders are rigid and stick to the same old tried-and-tested approach come what may, while others go to the other extreme where they try something new every day. Balance is something very few leaders are able to find.”

After taking over as group president, Apurva’s biggest challenge has been striking the correct equation with the CEOs of the group companies. When she was the CEO of Radio City, she used to work primarily with HOD or CXO level.

While working with CEOs, the challenge is to find a way to add value to their work and ensure they are aligned to the larger group while also ensuring they are given the respect their seniority deserves. Apurva explains,

A CEO will surely have a strong point of view. So if I have an opposing point of view, I make sure I have strong data-backed reasons. The CEOs should also enjoy the freedom to express dissent.

At least 90 percent of Apurva’s daily work is process-driven, which frees up time for innovation and creativity as well as to predict future challenges. She also keeps track of the performance of the companies under her purview through regular reviews. She is hands-on with businesses that need it. For instance, since there is more of a flux in digital media, or since Radio City got listed recently, they get a bigger share of her time.

Leaders have to evolve as per their roles and specific demands. Many people get stuck in their middle management style. Apurva says, “I was very aware of the leadership hierarchy. So I mentally transitioned from CEO to group president even as I took over physically.”

She says, “I have a certain unique skill in culture creation. I have a group HR head who works directly with me and liaises with the HR heads of the five entities in the group. This helps me mould the culture of the organisation.”

Apurva believes culture can be replicated with a little effort because people are the same everywhere. Apurva says, “Three pointers that ensure an aspirational work culture are

Since Apurva’s father was with ONGC, her childhood was spread across the country. She lived in Gujarat, Tamil Nadu, and Assam, among other states. Since her mother was a teacher, Apurva and her brother were encouraged to treat their studies with utmost importance. Apurva’s husband, her senior from college, is currently on the board of a private equity fund. Since their son has also started working, conversations at the dinner table tend to centre on work.

A champion of gender diversity, Apurva believes organisations should be representative of society. Since the genders are equally divided in the world, so should it be in the work space. Most organisations see 30 percent women at the entry level, which drops to 15 percent by mid-level. Apurva says,

When women have children, organisations should handhold and help them navigate this difficult phase of life. Families, especially husbands, should be supportive as well. Then we will not lose out on this rich talent pool.

Apurva is also quick to clarify that a lot rests on women’s own attitudes to their careers. If women take their work seriously, they will be able to demand and find support more easily. After all, there is no work-life balance, only a work-life integration, she feels.

The one thing that keeps Apurva motivated every morning is the desire to be a better version of herself than the day before.