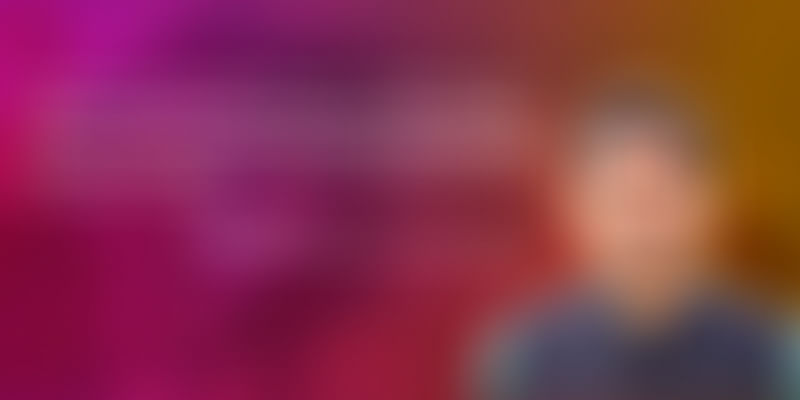 From movie scripts to oil and gas projects to retail, Karthik Reddy, Co-founder of Blume Ventures, has seen all kinds of startup pitches - from the most hilarious to the best. Sharing his experience with budding entrepreneurs on Conversations@YourStory, Karthik elaborated how he and his team sort through the ever-mounting startup pitches. He said,

“We've hit a run rate of 2,500-3,000 per year of pipeline. Trying to figure out ways to sift through quickly, it’s stopped becoming fun.”

So, Blume Ventures has flipped the process and takes an inside-out approach. Karthik shared that each team member comes up with six monthly views on sectors or sub-sectors to focus on and then "owns" them for that period. The whole team critiques the person’s views, to help them get a better perspective of the space. Then all pitches related to that space flow to that person. Kartik explained,

Referrals get bumped up to the top quickly;that's the harsh reality. We try to see what fits into our focus areas and scan them deeper through mails, calls and meetings, and if they pass all filters, then a second meeting will happen, and eliminate a lot at this stage. About 150-200 get to second meeting or partner meetings. Then 50 get serious consideration and then 15 approximate investments happen per year.

Karthik noted that this is the rough math that goes on behind the scenes. At the last stage, curiosity is piqued by founders’ obsession about the problem area, and the industry they've tried to solve it for.

One of India's leading early stage venture funds, Blume Ventures focusses on seed to pre-Series A stages of funding and has made over 100 investments across its seven-year history. Blume has had early success through significant exits in companies such as Taxiforsure (to Ola), Promptec (to Havells) and Zipdial (to Twitter).

Karthik's stints at American Express, Reuters Instinet and Bennett Coleman (Times Group) have given him a breadth of experience across the US and India in financial markets, Technology and Media. He is an alumni of IIT (Roorkee), IIM (Bangalore) and The Wharton School at University of Pennsylvania.

At Blume, Karthik has led a majority of the investments, and advises and serves on the boards of some of the leading investments at the firm - Zopper, Belong, Exotel, Grey Orange Robotics, Unacademy, Chillr, HealthifyMe, Mettl, Nowfloats, Railyatri. Here are some of the key highlights from Karthik’s Conversations at YourStory session-

‘Show me the money’ and are you ‘a pesky landlord’?

One question from a reader revolved around Blume Ventures’ average ticket size for early-stage investments and how involved they are post-investment. Karthik explained,

He also noted that Blume aims to be partners in every area that they can be in by trying to be mentors, assisting in governance, financial discipline, and then add business development, capital raising, partner connects through their platform team.

Does Blume invest in pre-revenue startups?

Weighing in, Karthik noted, “That's not the criteria; it’s becoming rarer as it’s always a relative choice. Our job as a VC is to price risk well. So, sometimes the effort and the price of something that's been built for 2-3 years seems more attractive to get in pre-revenue.Otherwise, we tend to wait and see if we want to check in later.”

He noted all VCs eventually find a balance of how many investments they can manage per year - so, startups are competing for that attention. He noted that Blume has invested in many pre-revenue, even pre-co-incorporation teams. The key has been the quality of founders and the quality of referrals and their track record as great product folks or startup team members.

Trickiest and most successful exit

Karthik shared that his trickiest exit was actually in an angel investment, where the multiplier wasn't much, but the whole equation between fellow angels and founder had gotten to a terrible state. He managed to exit completely but noted that the founder is still stuck with other angels. He said,

“My learning was that as Blume, we can't even afford to take a chance and enter a cap table where your co-investors are going to be troublesome in the future and look at only self-interest and not the interest of the company and the founders equally.”

Their most successful exits include-

1)Promptec to Havells. Karthik noted they are proud to have sold to a great Indian company, where their portfolio company has grown 3x in two years under them.

2)TaxiForSure to Ola- Karthik noted that while they didn't do any of the ‘driving’ but were involved with back seat navigation with the founders. He noted that everyone made out to a good outcome and became Ola shareholders.

It depends on the importance of tech in the final value of the product delivered. That said, if one of the founders is not a great product person too and doesn't manage tech, it could spell trouble.

He believes that in a tech-enabled scaling of any product, the thinking behind product innovation has to be at founder group level. It can't ever be outsourced or too far from the founders' group. So, if that discomfort seeps in, investors will shy away sometimes.

How should a startup scaling up prepare itself for funding?

Karthik noted that startup founders need to really know what they're raising the money for and how far it can take them. All fundraise pitches should have the bottom-up clarity. Giving some real-world context, that is general and industry-agnostic, he said,

If your team, product traction and market size don't look like they can make it to a $150-200 million outcome (not revenue, but an exit), then you've lost 80 percent of Series A interest in the market (at least in India).

By applying a market-led reality of 25-35 percent dilution, you can back the expected valuation and do a reality check on whether the Series A raise makes sense or not. Your existing investors should guide you.

You have to be raising always’, as the rule says - which means you have to be educating possible investors periodically through content / updates /progress - not just pitching when you think you're ready. This is most seen fatal flaw in my opinion, and then it’s too late a lot of the times, especially if you're burning cash on a net basis.

Has Blume Ventures missed out on any big investment opportunities? Karthik noted, “More than we can count off on two hands. We meet and then for various reasons, we may not meet again for some time and others may beat us to it. I don't think we dissed any of the following as much as missed it because of timing. As early-stage funds, it happens a lot.”

Some of Blume’s anti-portfolio startups include-

Thinking long-term about their portfolio and anti-portfolio, Karthik noted,

It’s all good. In 10-year cycles, most things even out.

You can read all the questions and answers on Conversations at YourStory here.